After we left NYC we headed over to Philadelphia, a place none of us had ever been.

We started by checking into our Airbnb, which was this really cool apartment at the Mural Lofts – which was an old school building that they’d turned into housing. 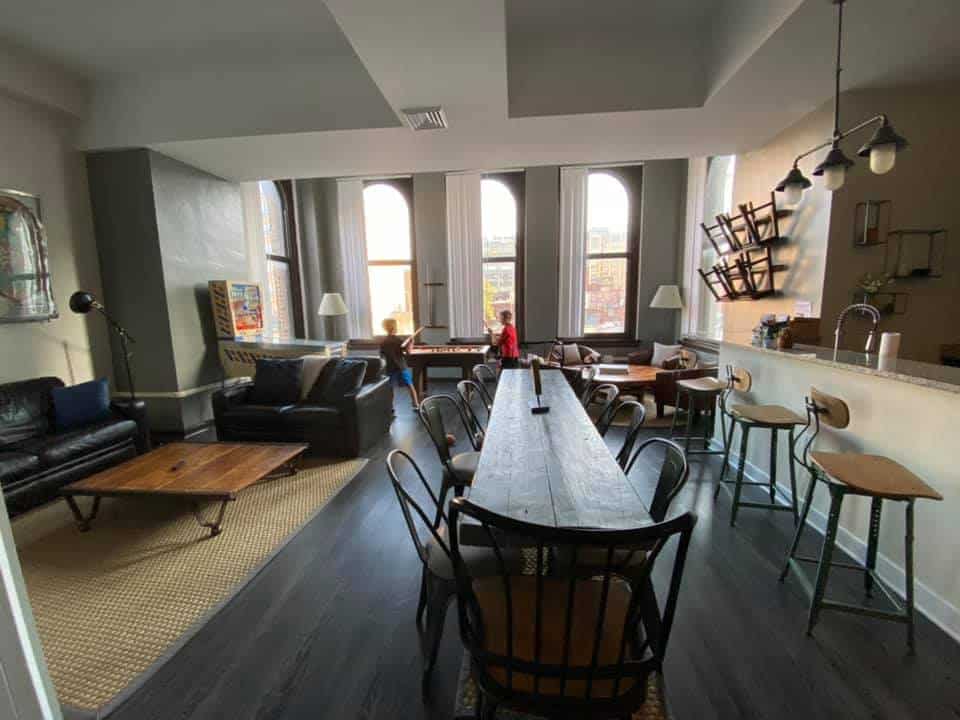 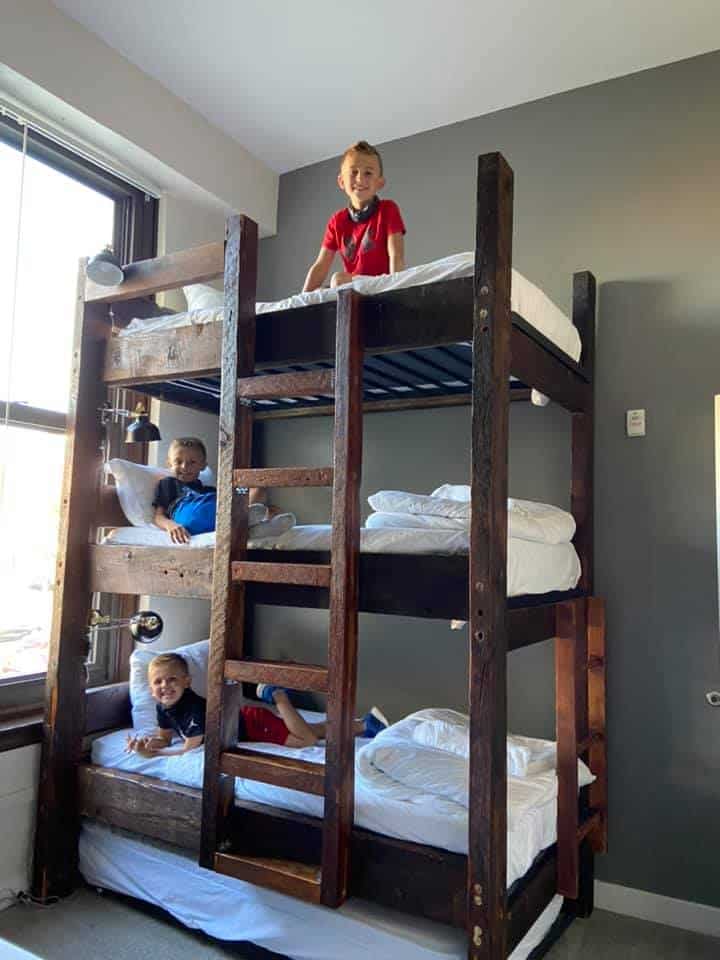 Although we got Jackson up there for the photo, nobody had the guts to sleep on the 3rd level for fear of rolling over and freefalling 10 feet to the ground.

On our first full day in Philly, I’d booked a Constitutional Walking Tour that took us by most of the notable historic sites in the old part of Philadelphia. We had a fantastic guide and I’d recommend it as a great introduction tour if you’re headed to Philly.

Philadelphia served as the nation’s capital from about 1790 to 1800 while Washington DC was built, so there are tons of really cool things to see related to the early days of our country.

My favorite of all was Independence Hall. 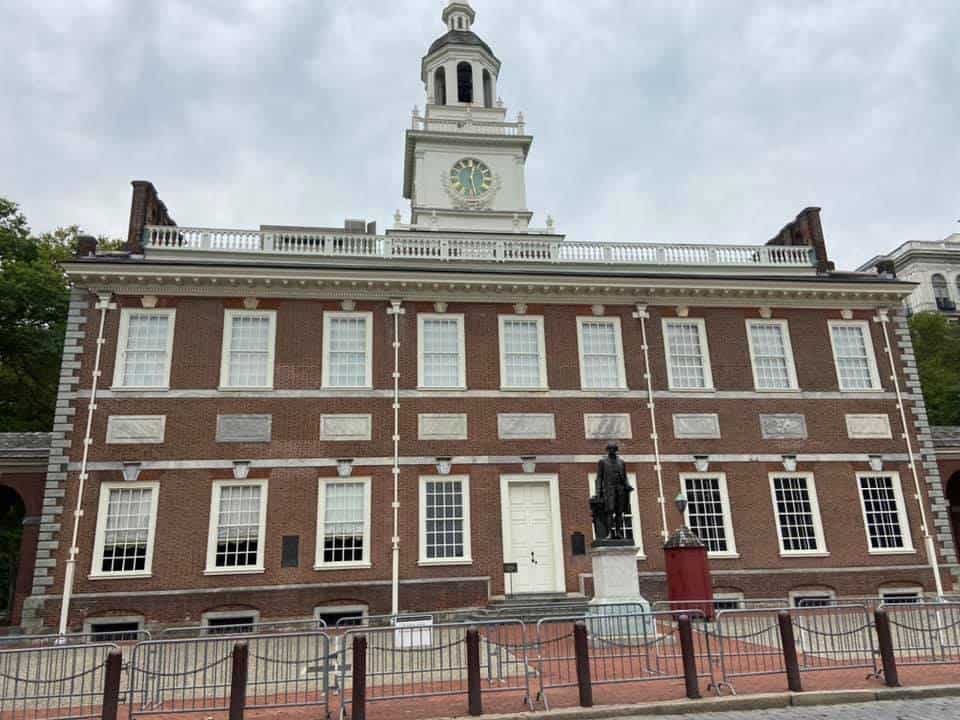 Inside, you get a tour of the room where both the Declaration of Independence and Constitution were signed.

As a bonus, the chair George Washington sat in (known as the Rising Sun Chair) is still set up in the room. 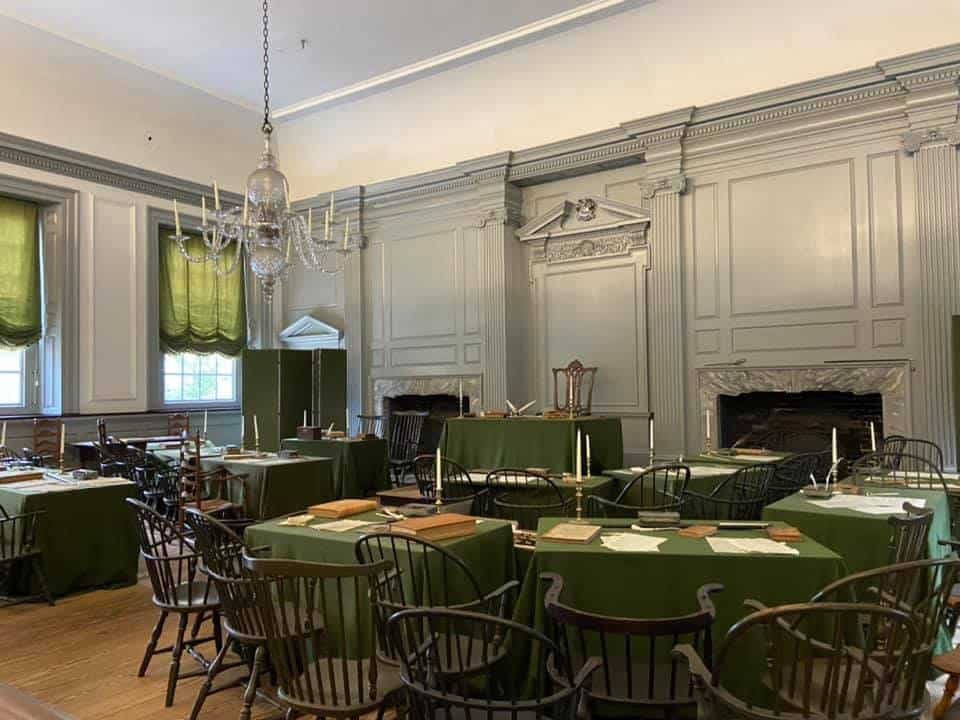 Of all the “patriotic feels” on the trip, standing in this room hearing the park ranger set the scene for the signing of the Declaration was probably tops on my list.

Other stops on the tour (below) included Congressional Hall where congress and the senate used to meet, and where John Adams and George Washington took their oaths of office. 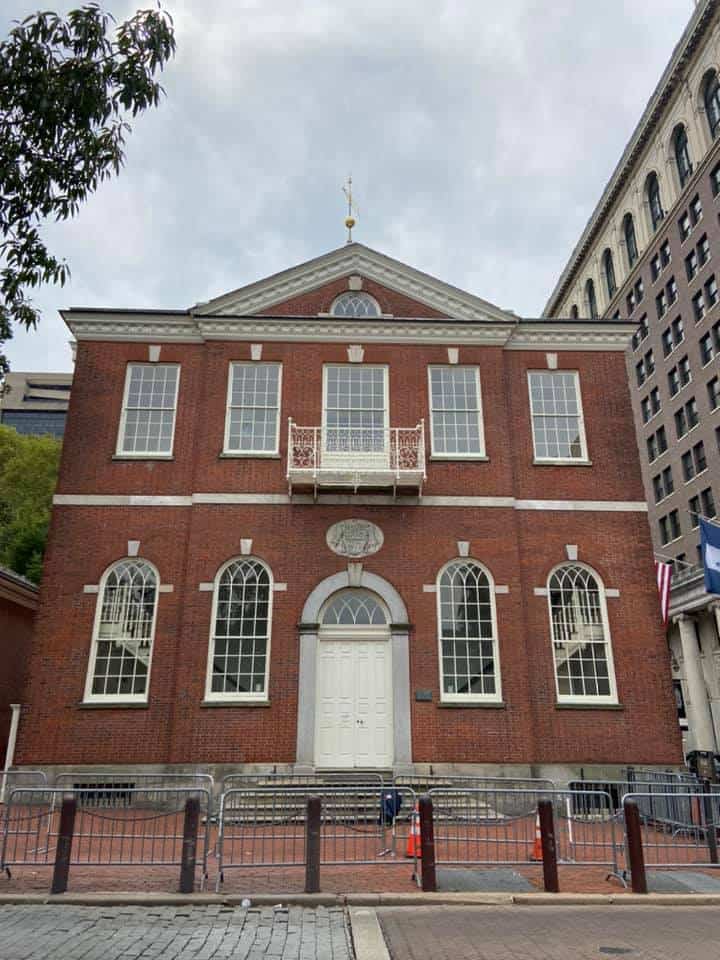 Of course, we had to stop in and see the Liberty Bell (still cracked). 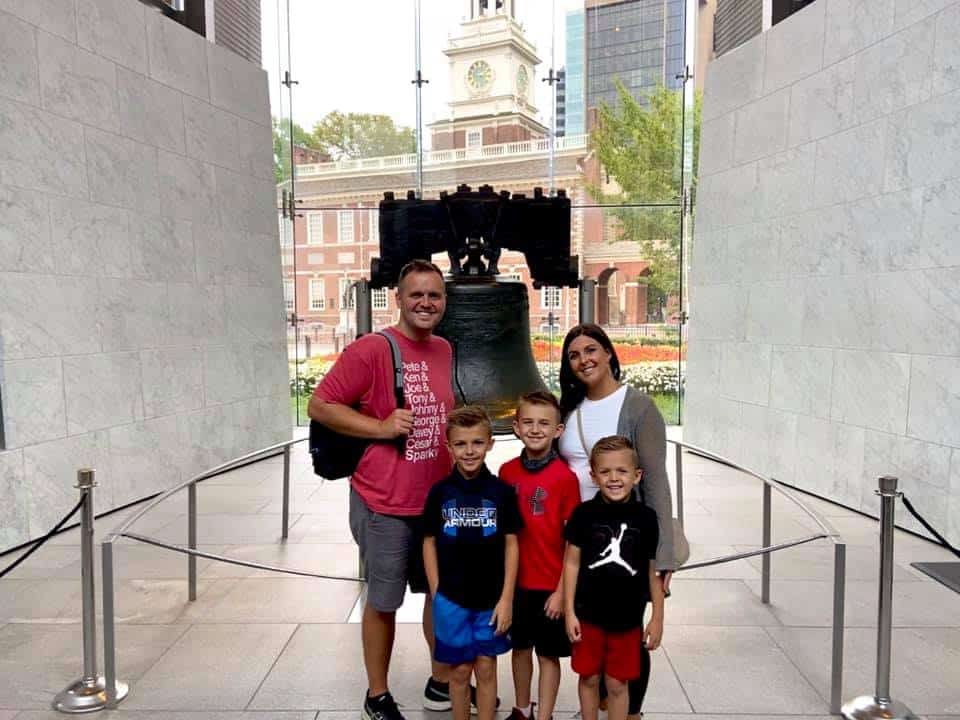 We stopped to pay our respects to the great Benjamin Franklin: 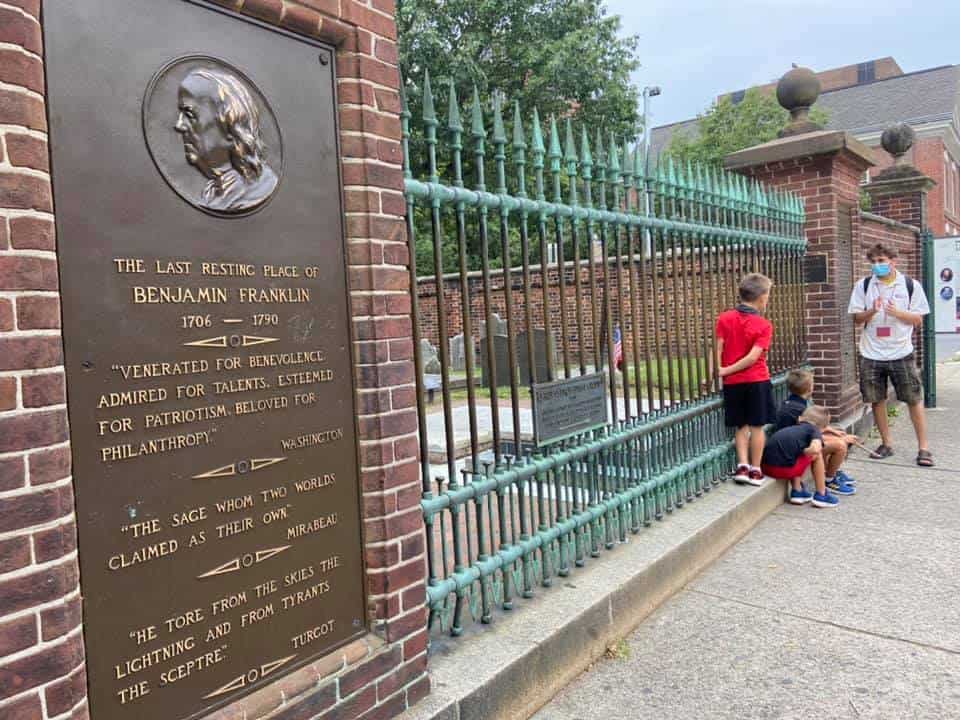 Then, we went and took a tour of Betsy Ross’ House.

I’ve got to be honest, I’ve always heard that Betsy was the seamstress who created the first American flag – but after reading some of the signage and talking to the tour guides – it sounds like that’s a pretty shaky story.

It seems like long after Betsy was gone, her grandkids started sharing the stories that grandma Betsy used to tell them as kids about sewing flags and her legend grew from there.

She was definitely a flag maker, and I can confirm she was a quick walk from George Washington’s house – so I’m going to give her the benefit of the doubt and assume that George stopped by one day and said we need a flag for this new nation, and Betsy took it from there. 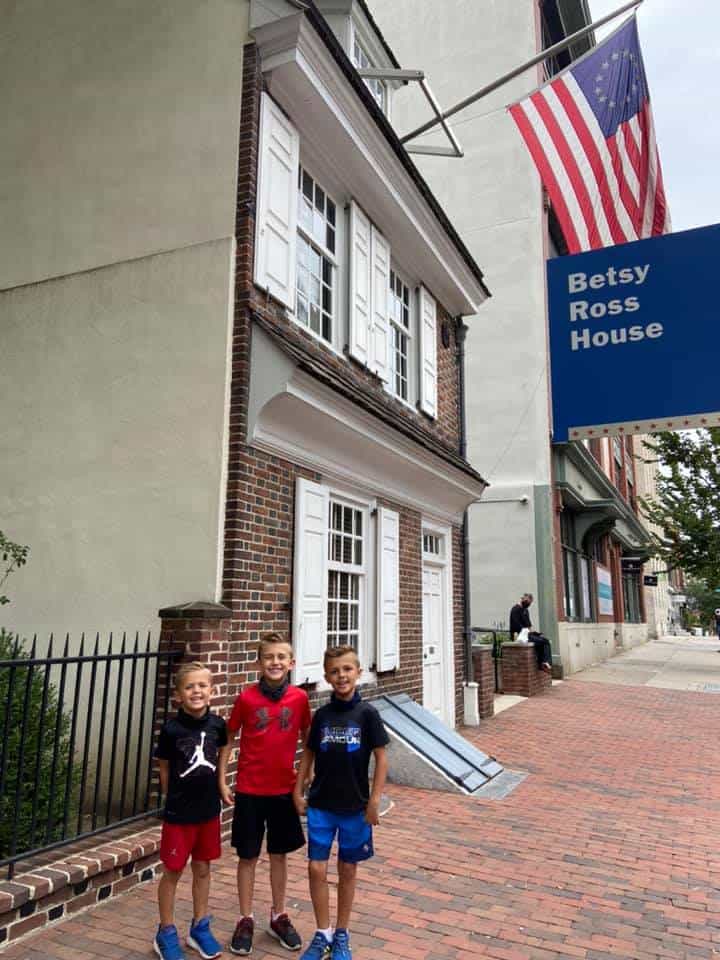 This was the place where delegates like Washington, Adams, Patrick Henry, and more got together to talk about all the things the British were doing that ticked them off and what they were going to do about it… 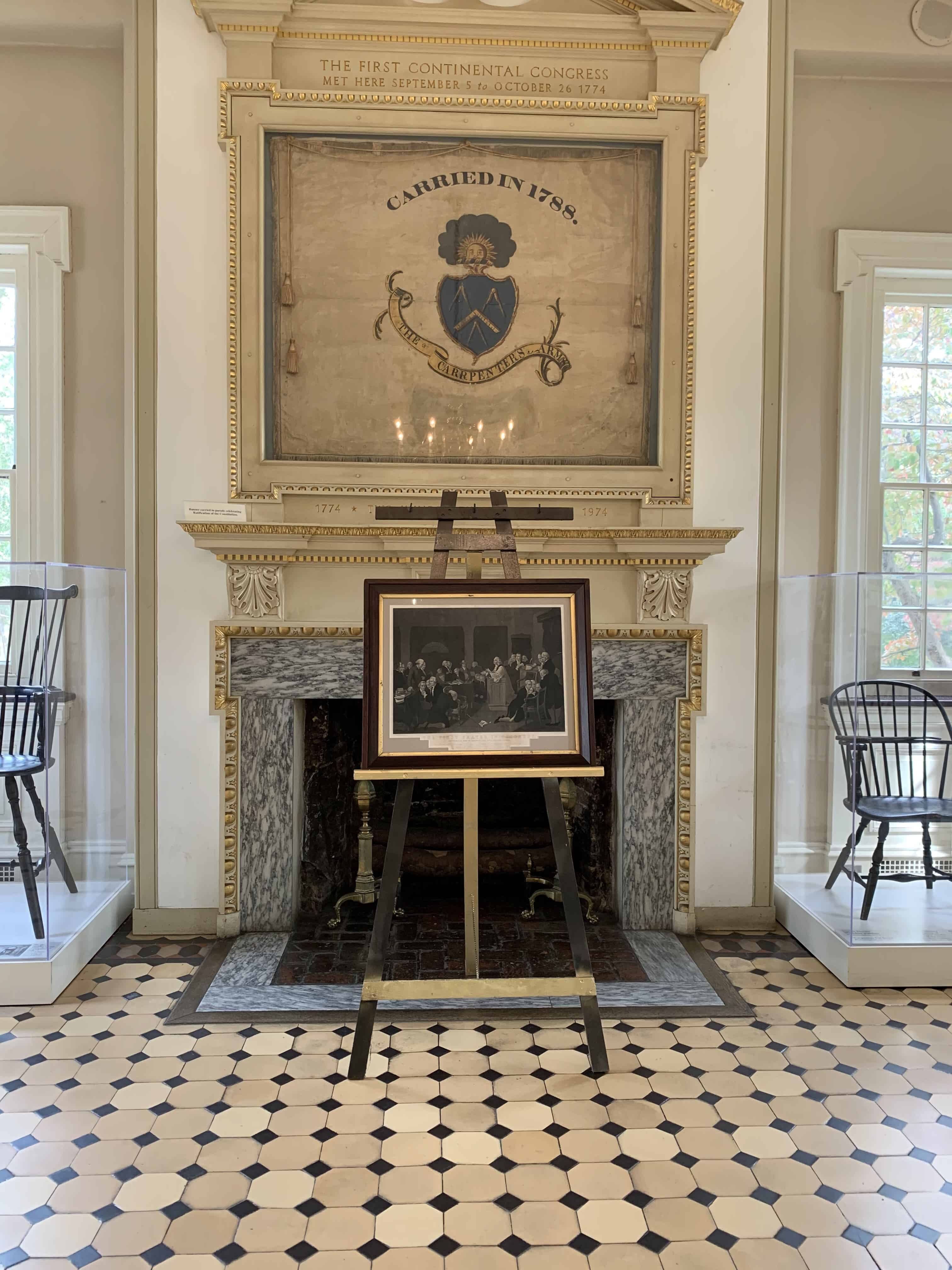 We were only in Philly for 3 days, so unfortunately I only got to try one Philly cheesesteak.

On our day touring the historical sites above, we took a little walk over to Jim’s Steaks on South Street – which our tour guide had recommended. 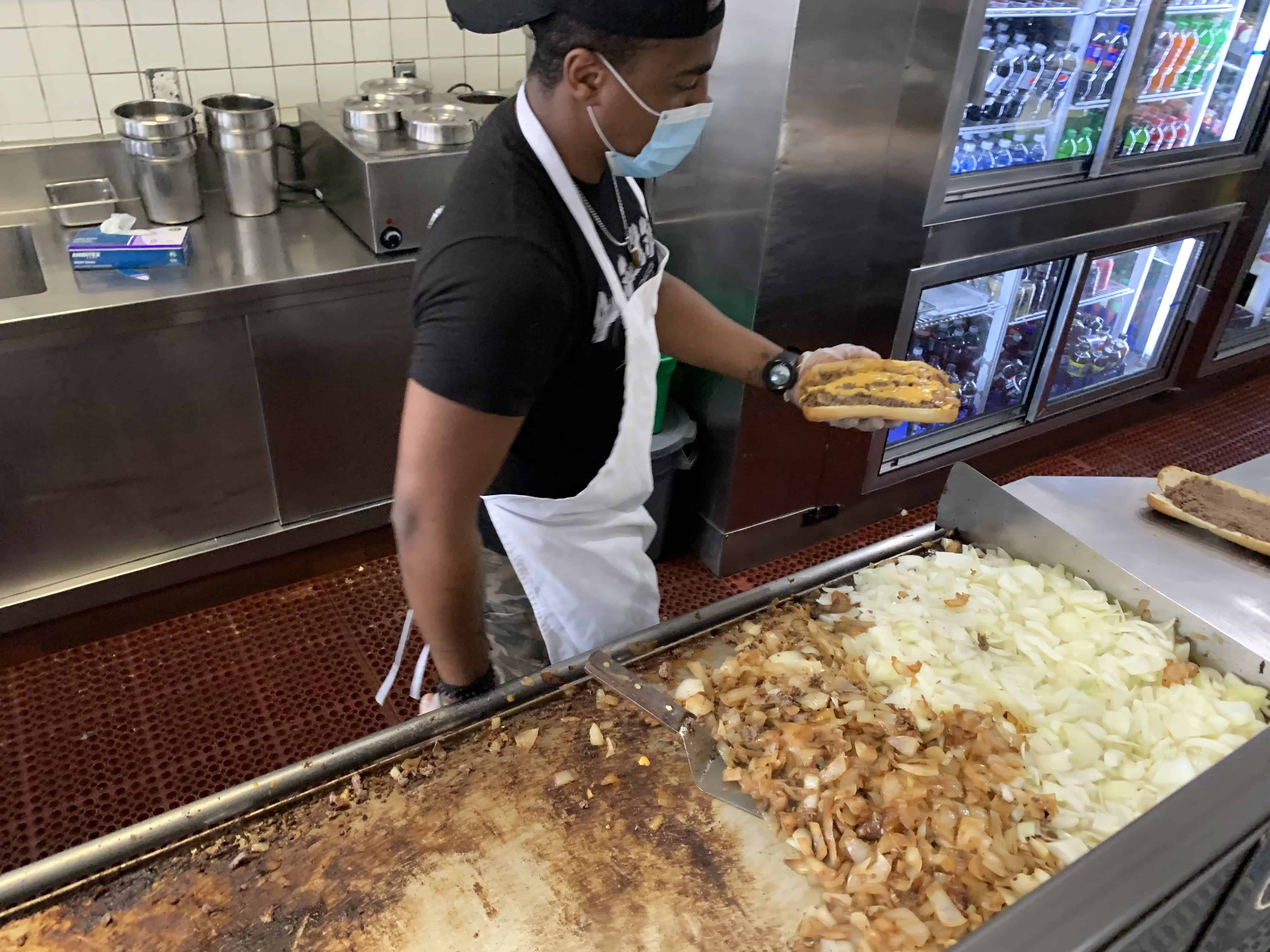 I went with the cheese whiz version with onions.

This take might surprise you, but it wasn’t everything I dreamed it would be. I think I was expecting and hoping to have an authentic Philly cheesesteak change my life… but that didn’t happen.

I may need to go back and try other notable cheesesteak shops before making a final decision, but right now if you told me I could have a cheesesteak from Jim’s on South Street or Penn Station in Milford… I’m going Penn Station.

I love the National Treasure movies.

I think it was that movie that always made me really want to come check out Independence Hall. The kids had never seen it or heard of it, but we watched it together the day after we checked out all of the historical sites and they loved it!

They definitely appreciated seeing all the places in the movie that we’d just seen a few hours ago.

The day after we went through the historical sites, we visited the Museum of the American Revolution. 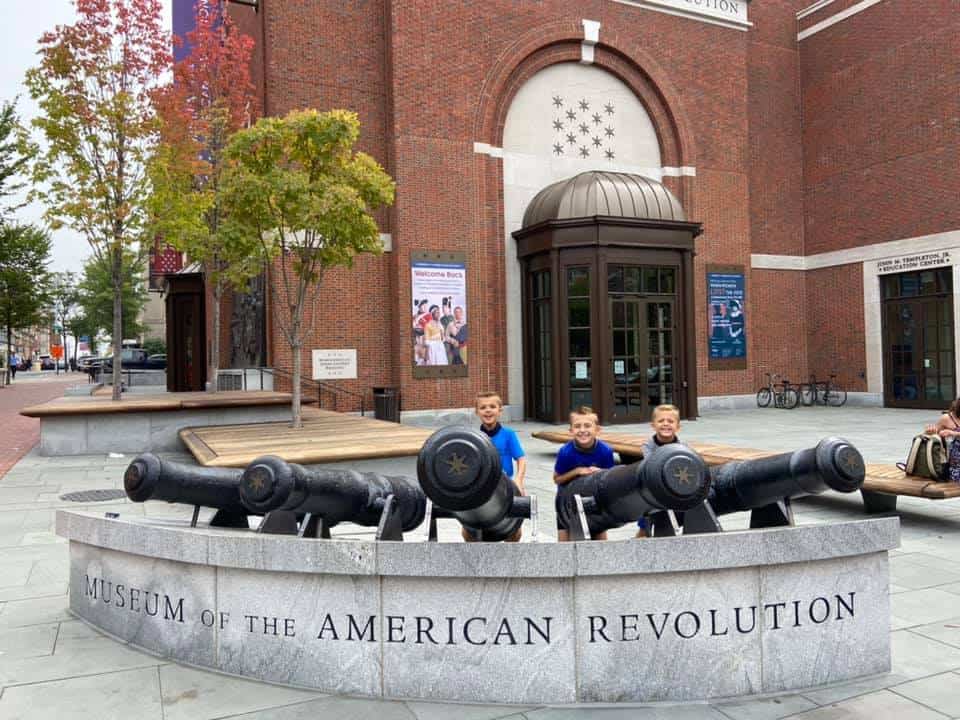 The biggest Covid-related bummer in museums was that most of the theaters were closed – where you get to watch the cool, informative movie that usually helps bring the topic to life for the kids.

Fortunately, the theater in MOAR was still open. It told the story of George Washington as a general during the war, and then at the end, the screen was rolled up and on display, they had George Washington’s war tent:

The story of how it was passed down and preserved was pretty interesting, but this was legit what George was using during the Revolutionary War as a makeshift headquarters and living space while in battle with his men.

It was super cool to see in person, along with many of the other artifacts and stories of the war throughout the museum. I particularly liked this display at the exit: 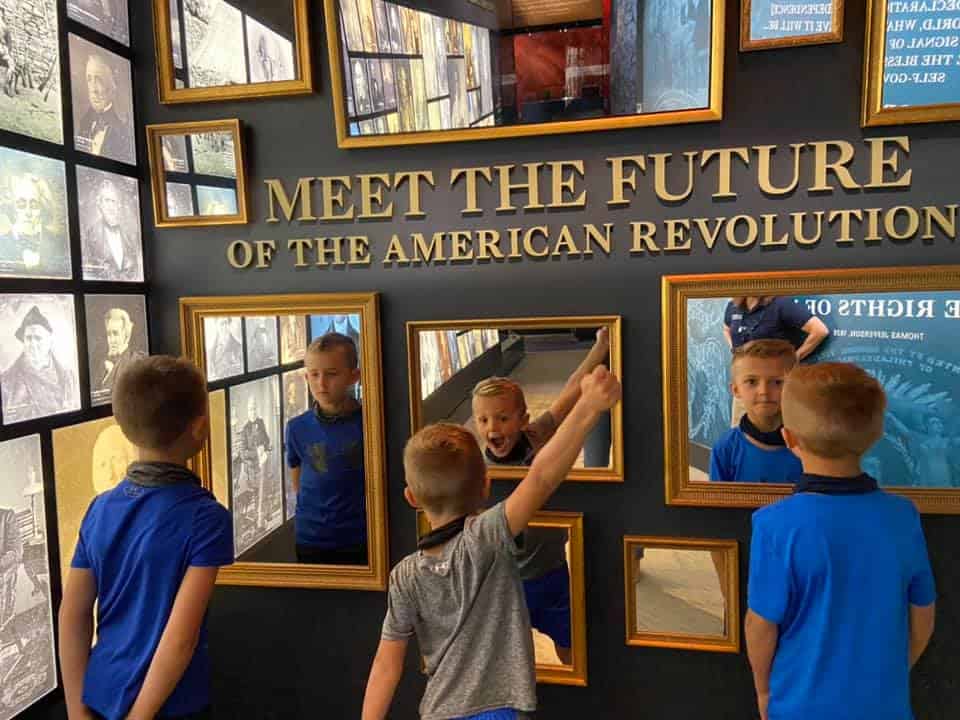 We had to go to the Philadelphia Art Museum and take some pictures with Rocky and run the steps just like he did in the movie.

To be fair, I ascended the steps at a pace I was more comfortable with – but we let the kids go for it.

After Gray caught his breath, we snapped the iconic photo: 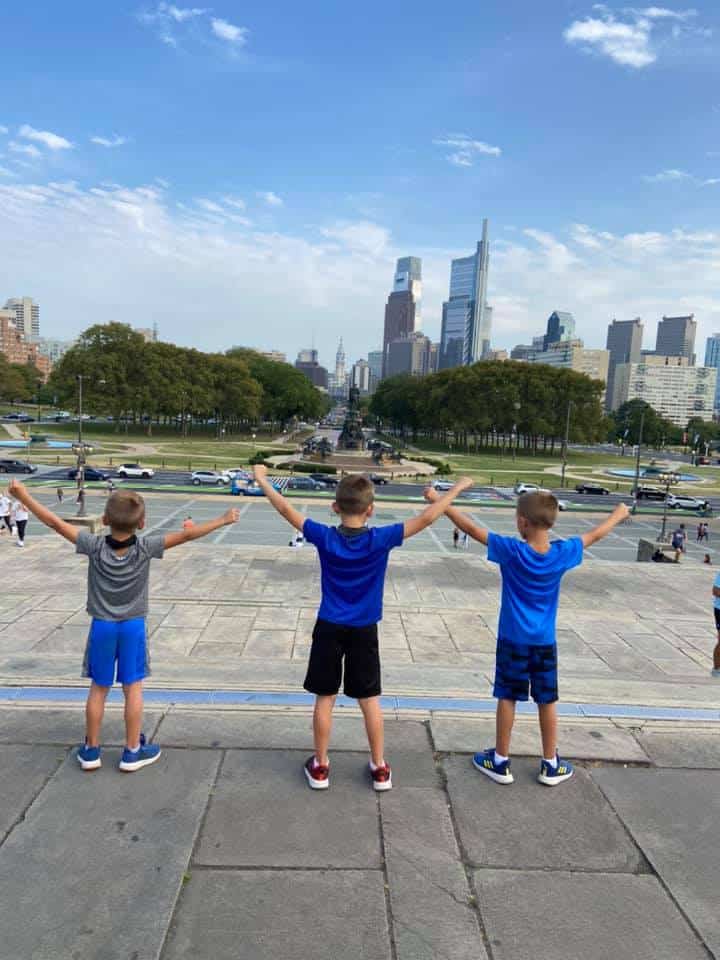 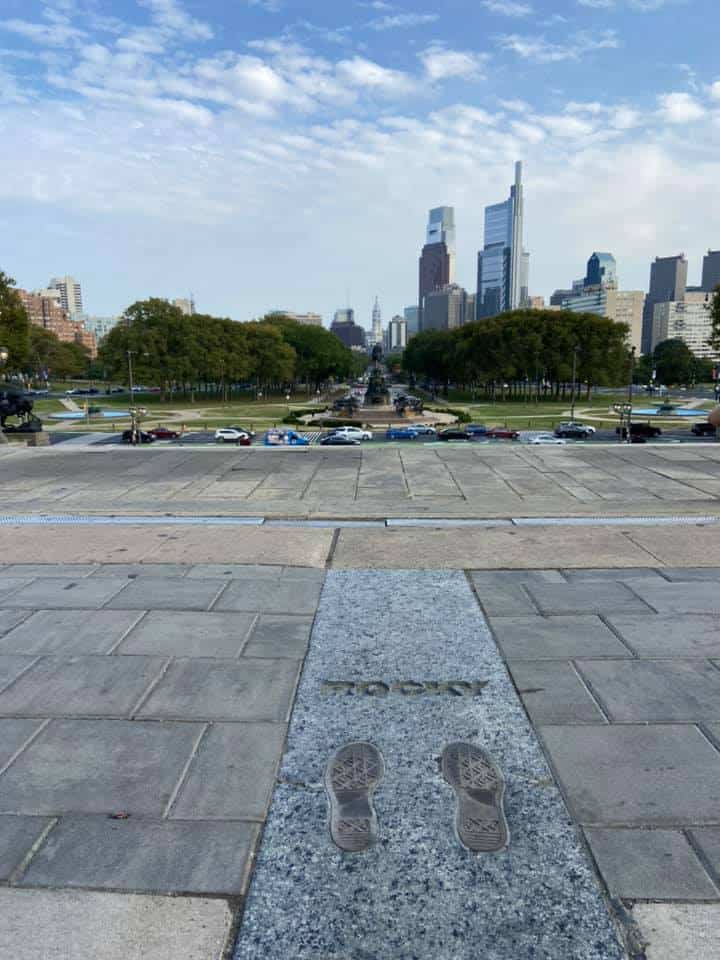 Like 90% of everyone else there on the steps, we didn’t actually go to the art museum. We just snapped some photos, enjoyed the view, and then let the kids go play some football at a nearby park.

Our visit to Philadelphia was short but packed with early American history that didn’t disappoint.

Next, we headed off to the nation’s capital.