Home to the Ozark Mountains, Missouri offers excellent vacation spots for families and couples. There are lakeside retreats and golf resorts among many other things the state has to offer. Explore Kansas City, St. Louis, Branson, and many other outdoor attractions. Let us explore some of the best Missouri vacation spots that you can explore with your family. 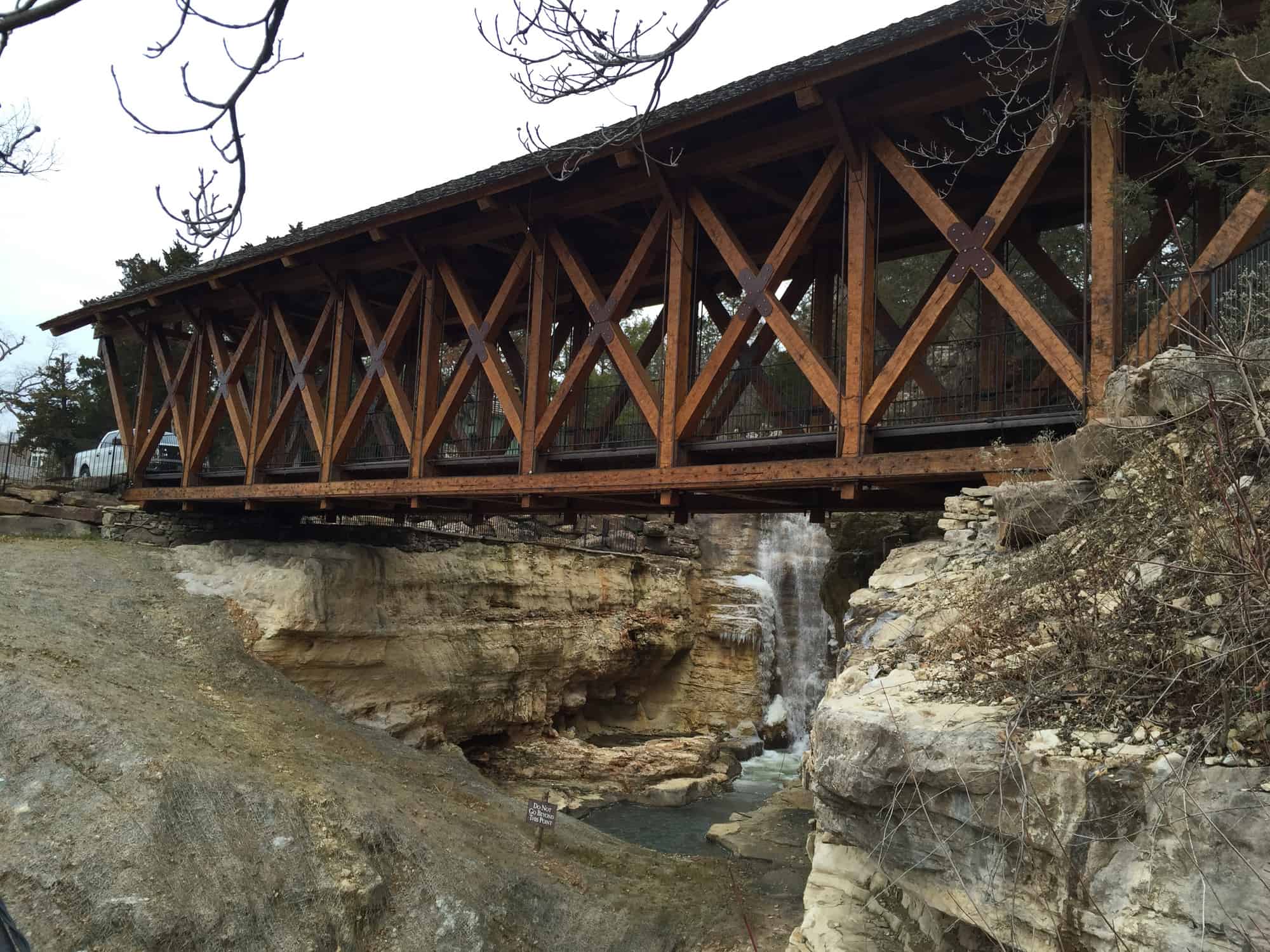 Branson is located in southwest Missouri and calls itself the “Live country music capital of the universe.” The city draws millions of tourists each year who are mostly music fans.

Visit “the Strip” which is full of music palaces, motels, restaurants, and souvenir booths selling all imaginable kinds of kitsch. There are tons of concerts here throughout the year.

Branson is also a great city and base to explore the Ozark mountains. Explore tourist attractions like Table Rock Lake State Park and Talking Rocks Cavern.

For family fun, head to Silver Dollar City which is the 1880s themed amusement park which has live shows and concerts, craft shopping, and more than 40 rides and attractions. 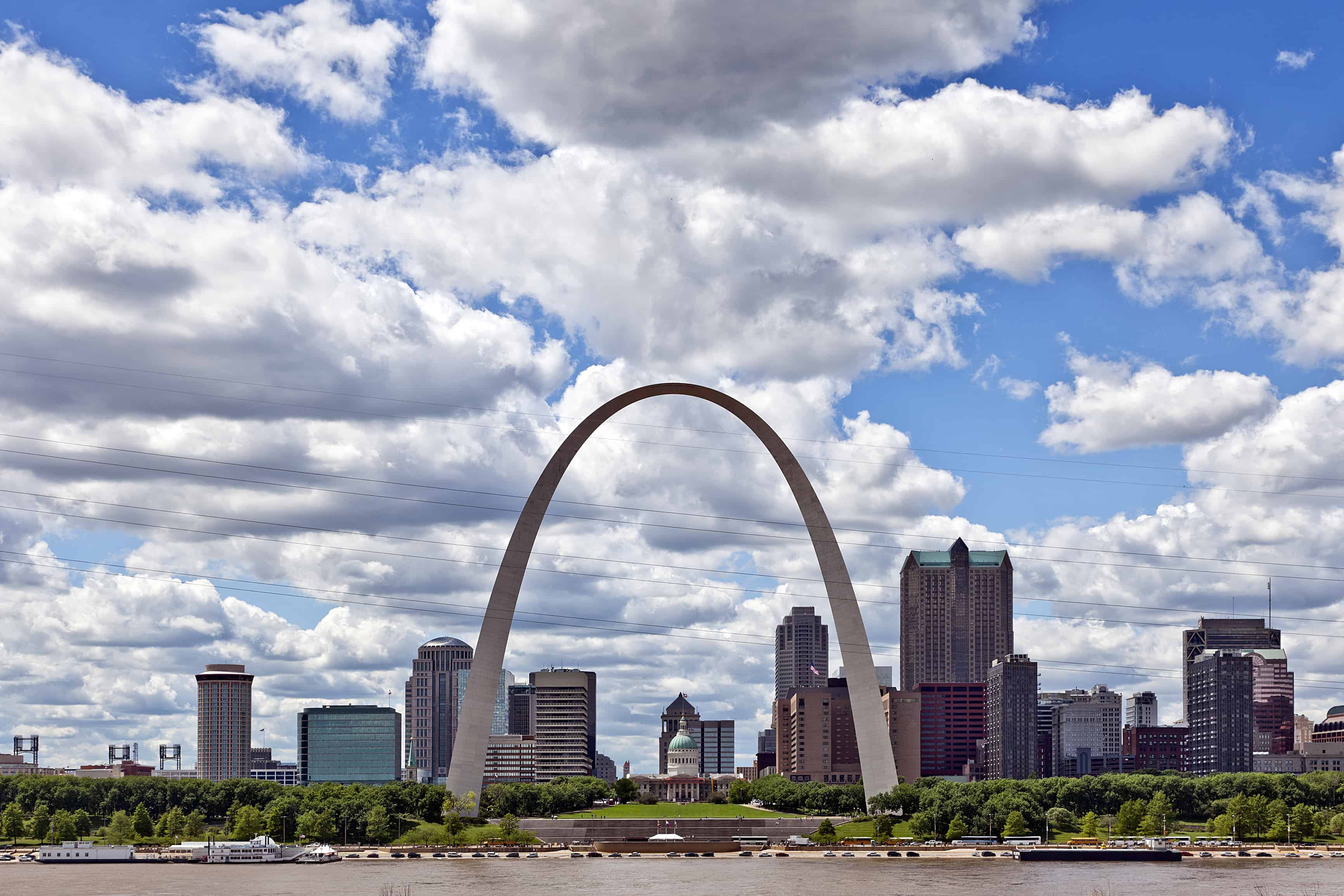 St. Louis is the largest metropolitan in the state and St. Louis has a lot to offer to families. It is a major river port in Missouri on the banks of the Mississippi River.

The city’s symbol and the most visible icon is the 30-foot Gateway Arch which commemorates the 1804 start of the Lewis and Clark Expedition. For a family, getaway visits the St. Louis zoo which is consistently voted among the top in the country.

The best part is that it is free and they have shows, events, and exhibits for kids and adults.

After that, you can saunter over to The City Museum which is a giant fantasy playground where parents and kids can play in the huge ball pit, climb the indoor treehouse, and ride the 30-foot Ferris wheel.

Other tourist attractions include Cardinals Hall of Fame & Museum, Museum of Westward Expansion, and Forest Park. 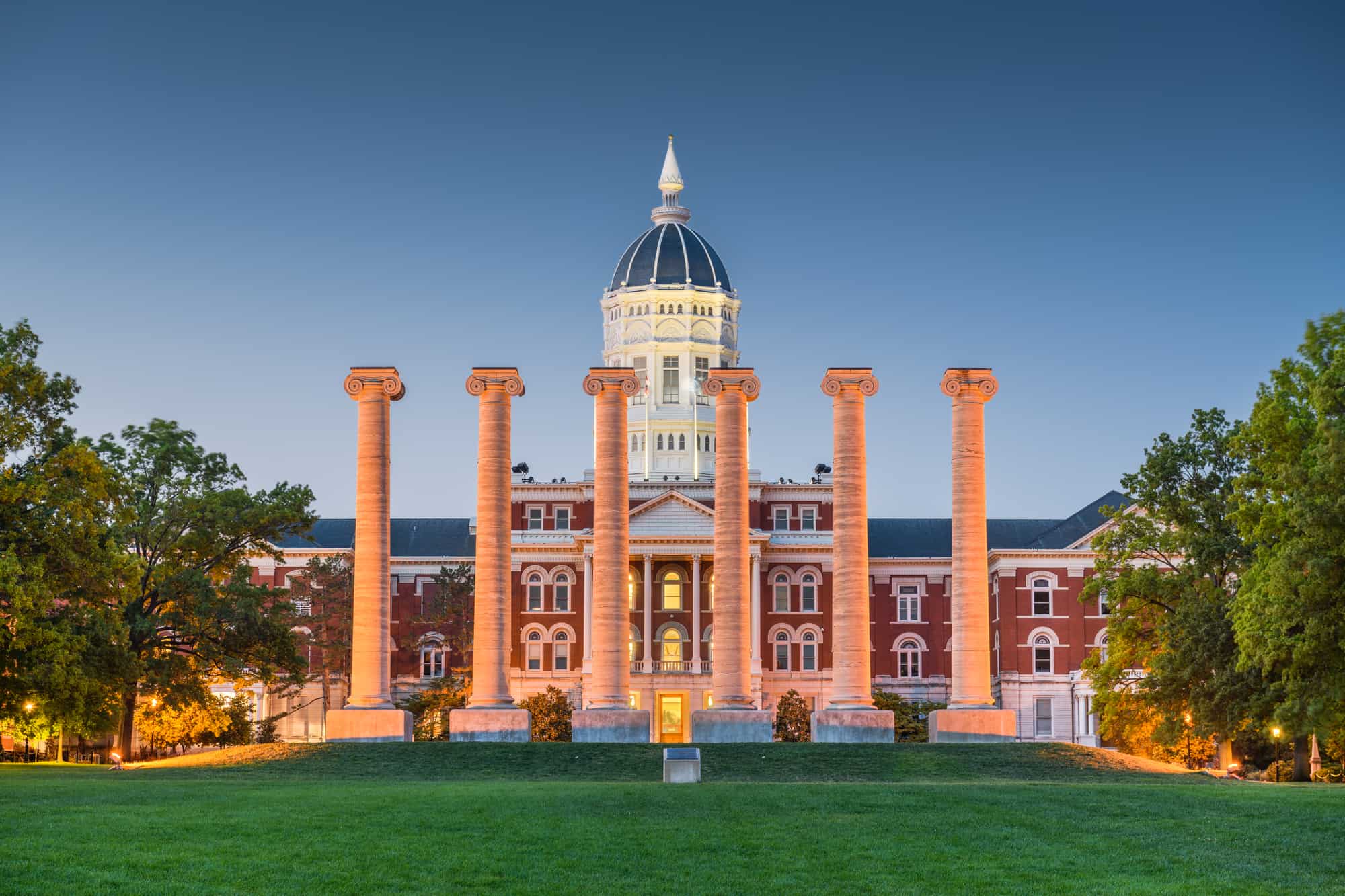 Columbia is a lively college town with a reputation for progressive politics, powerful journalism, and excellent public art.

Visit the Museum of Art and Archaeology and the Columbia Art League for some amazing art from both the past to the present. You can also visit the  Eagle Bluffs Conservation Area for breathtaking views of the Missouri River and the Boone County countryside.

Families will love some light-hearted fun, old-fashioned corn mazes at Shryock’s Callaway Farms. After which you can also visit the nearby  D&D Animal Sanctuary for a tete-a-tete with animals. 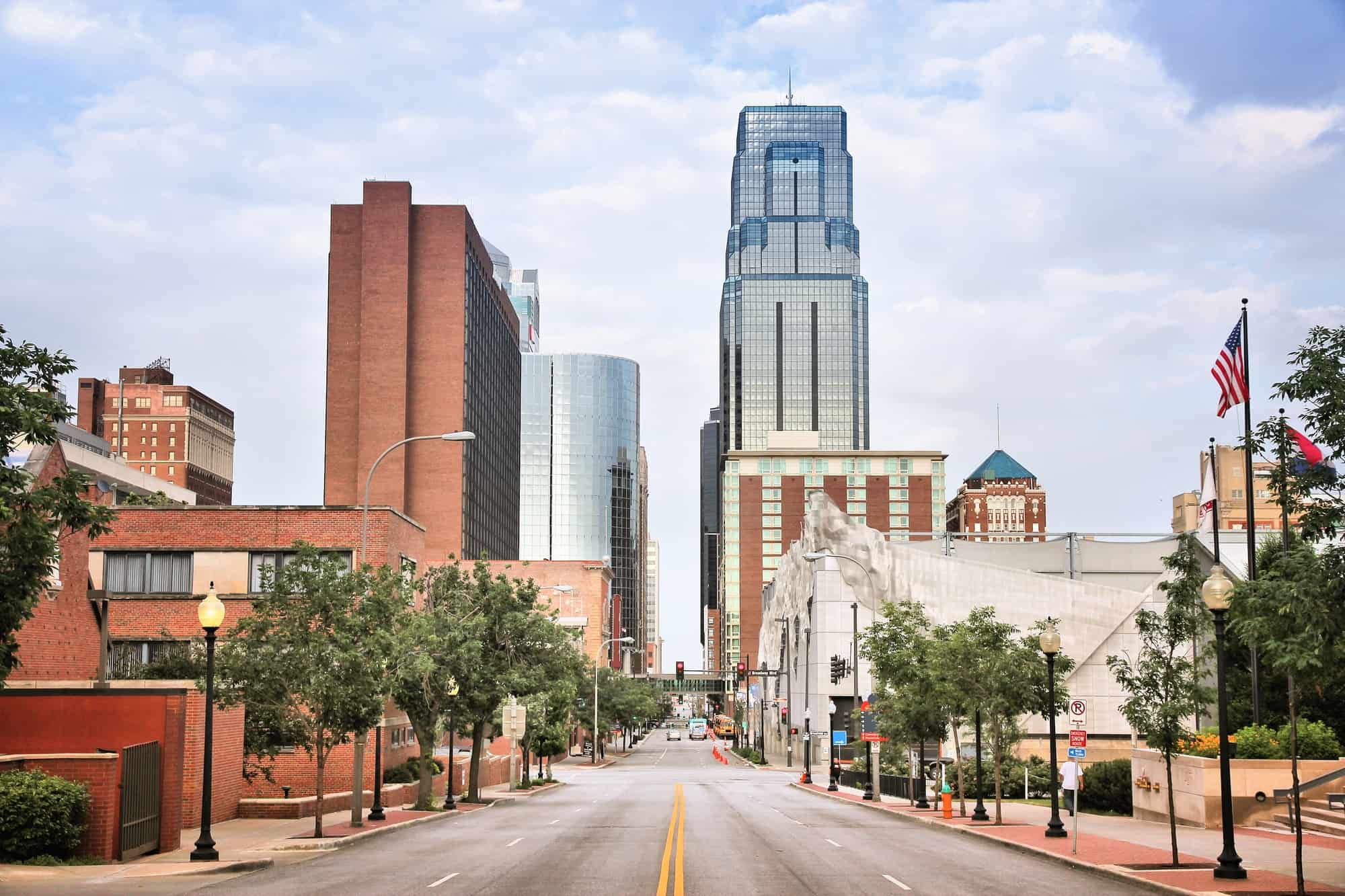 One of the largest cities in Missouri, Kansas City offers a lot of fun, food, and culture. The city was founded in the 1830s as a river port at the confluence of the Kansas and Missouri rivers.

Kansas City is most known for its barbecue,  jazz, craft breweries, and major league teams. Visit the Worlds of Fun and Oceans of Fun with your friends and family to beat the heat or learn more at the American Jazz Museum and the and the Negro Leagues Baseball Museum.

Take the kids of Kansas City Zoo,  catch a Chiefs game at the Arrowhead Stadium, and finally enjoy some amazing barbecue at either Jack Stack Barbecue or Woodyard Bar-B-Que or Arthur Bryant’s who offer the authentic barbecue experience. 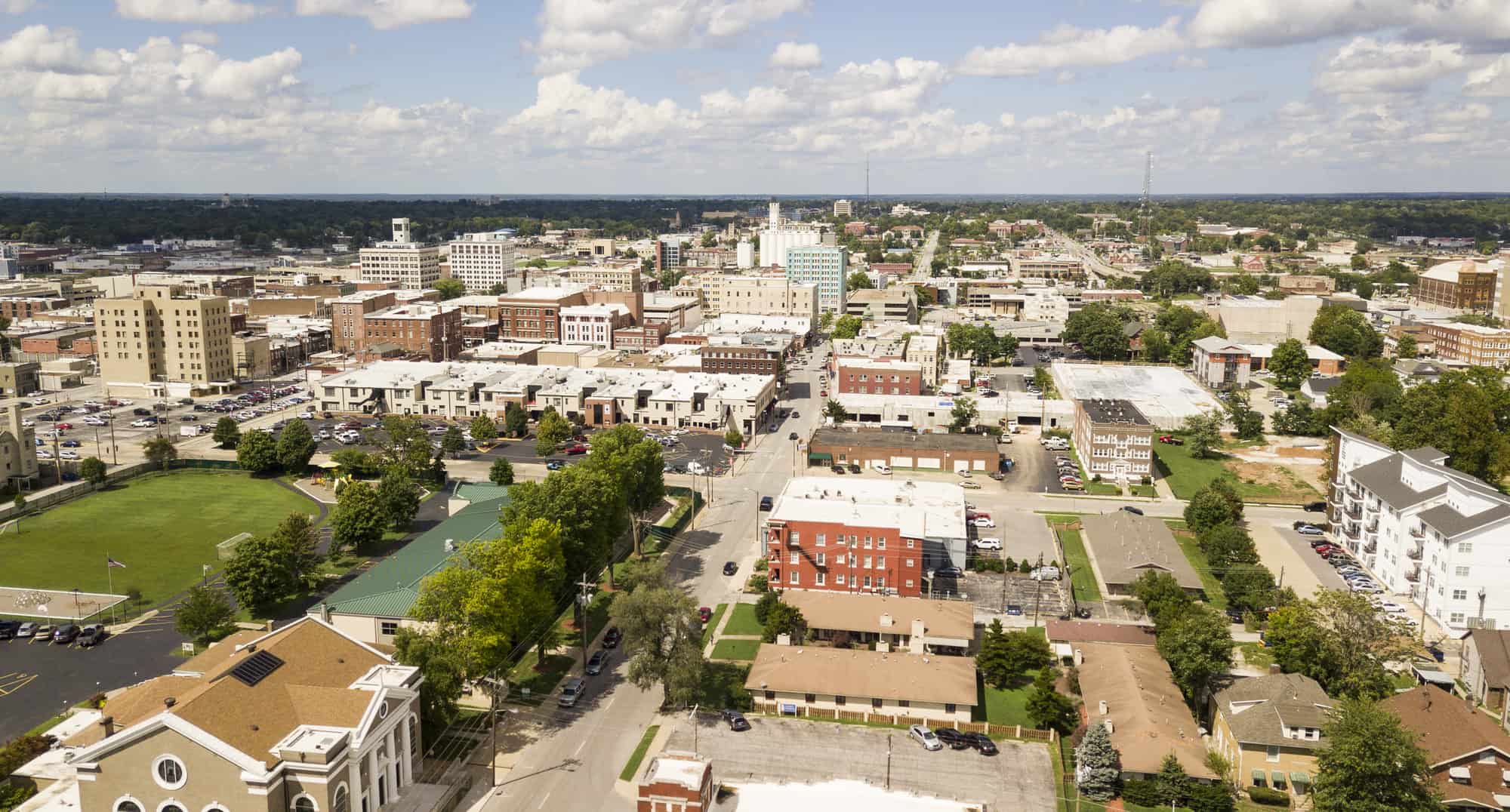 Located in the beautiful Ozark hills, Springfield is a charming town with friendly people. Springfield is home to three universities which give it a lively vibe. The city was the site of some fierce battles during the Civil War and is famous for the legendary shootout between Wild Bill Hickok and Davis Tutt in the town square.

Springfield can be an outdoor lover’s paradise with Springfield Conservation Nature Center offering many opportunities for hiking, indoor exhibits, and more.

Families can also head to Wonders of Wildlife National Museum & Aquarium, which hosts 35,000 underwater animals like fish, sharks, and jellyfish.

Get the feel of the city by strolling through historic C-Street District, enjoy a history tour, or even better a ghost tour of the magnificent, spooky Pythian Castle. 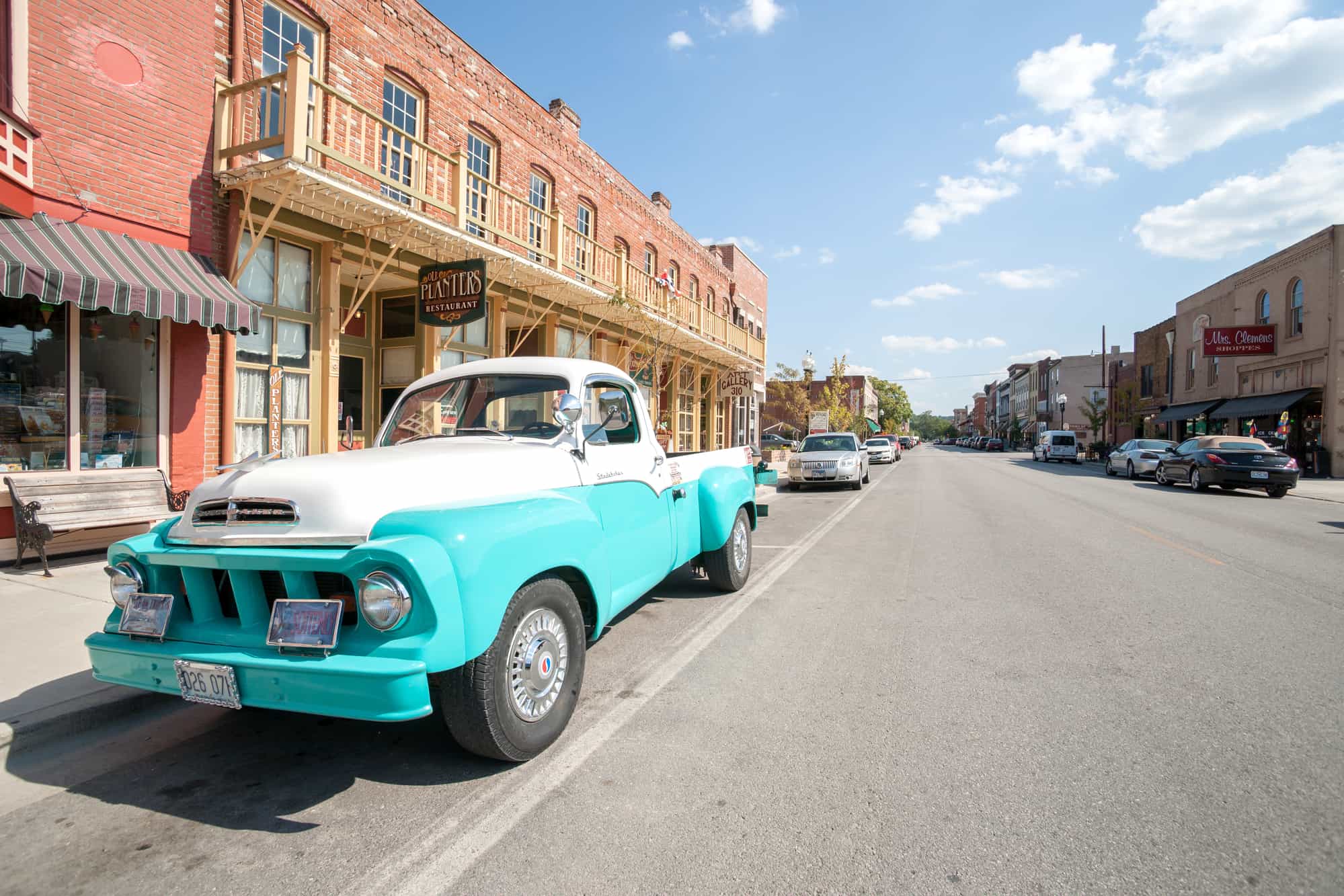 Hannibal city is located on the Mississippi River about 100 miles from St. Louis. It is also known as the childhood home of author Samuel Langhorne Clemens, better known as Mark Twain.

Naturally, many of Tom Sawyer’s and  Huckleberry Finn’s adventures were set in Hannibal. Literature fans can head to The Mark Twain Boyhood Home & Museum to know more.

Visitors can also head to the Hannibal History Museum to know even more about the author and town. Take a stroll on the Mississipi River shore, or take an old-time ride down the river on the Mark Twain Riverboat paddle boat.

Kids will love the  Big River Train Town Museum and Shop which has hundreds of model trains and accessories. 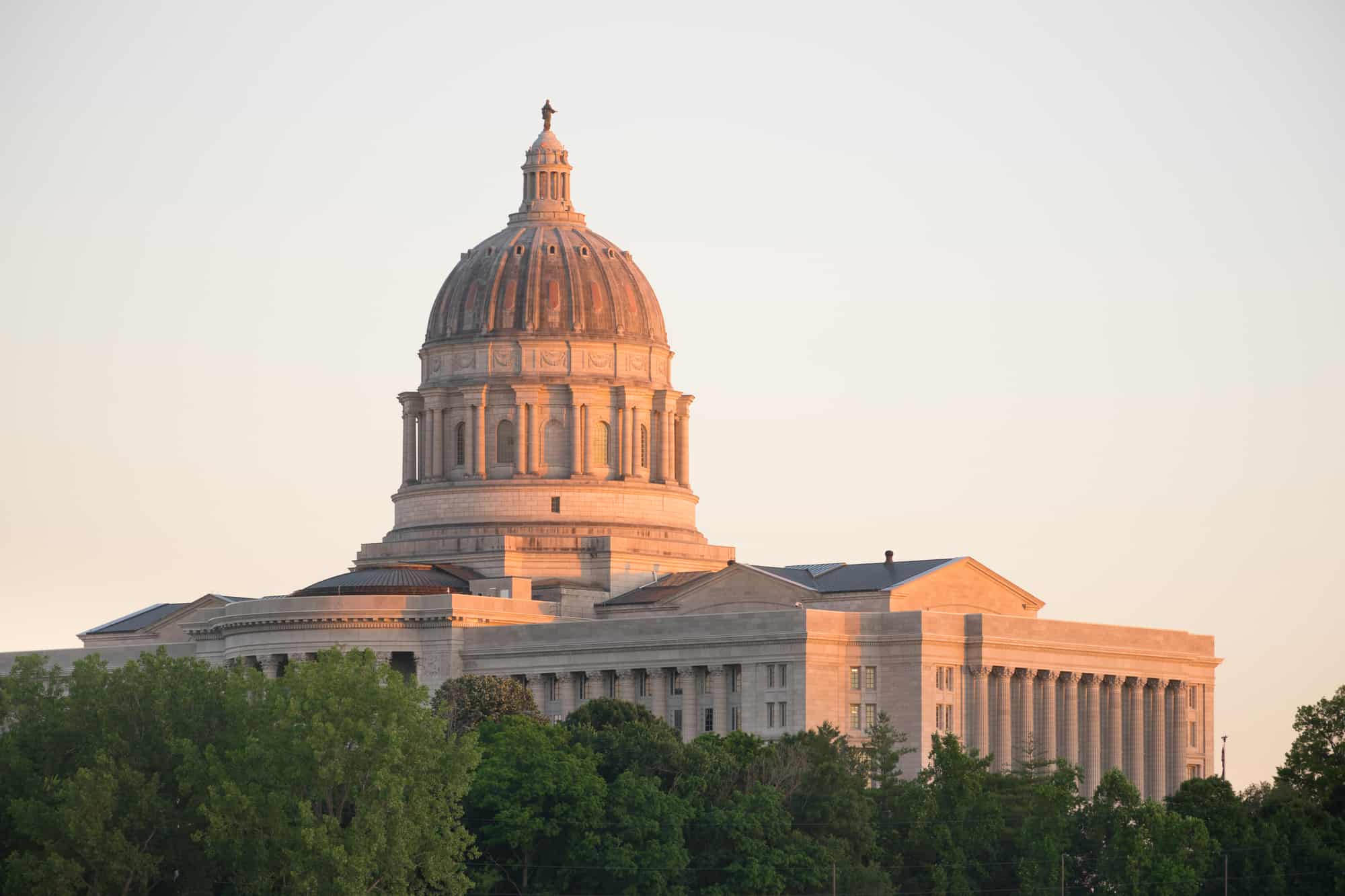 Jefferson City is the capital of the state of Missouri which stretches along the picturesque Missouri River. This historic downtown is dominated by the stately Missouri State Capitol supreme court building and the governor’s mansion.

For a relaxing walk, head to the lovely Carnahan Memorial Garden which is next to the Governor’s Mansion. You can also go for a ghost tour for an exciting experience at the former Missouri State Penitentiary, which was once a temporary home to some of the country’s most notorious criminals.

Lake of the Ozarks 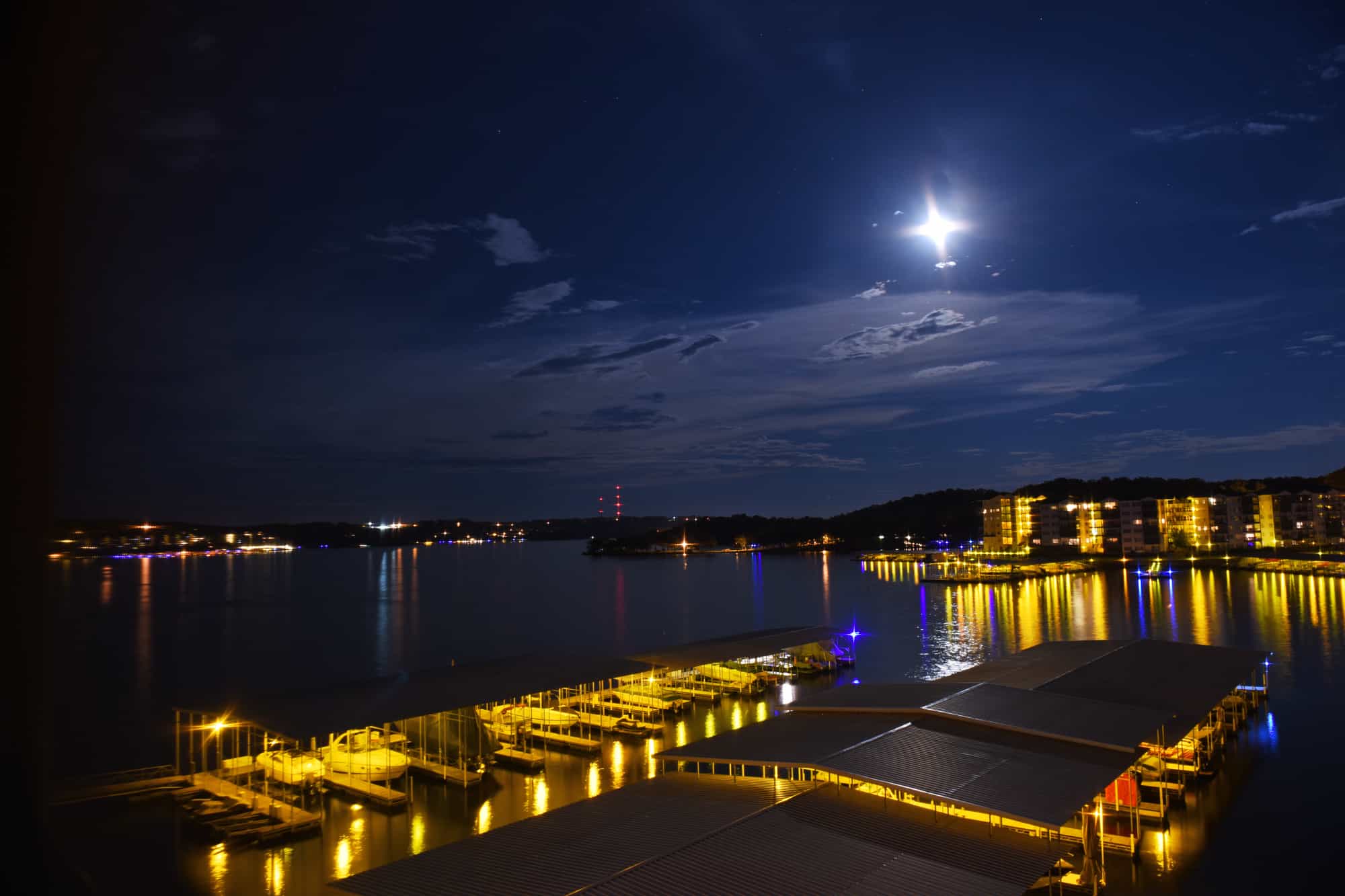 Lake of the Ozarks is one of the most popular tourist destinations in the Midwest. It is a huge reservoir in the northern Ozark mountains that formed when the Osage River was dammed.

It twists and turns and almost looks like a dragon which is why it got the nickname the Magic Dragon.

The lake is surrounded by many communities from small to really fancy ones that offer accommodations as well as services to the visitors.

Visitors can take their pick from professionally designed golf courses, scenic campgrounds, and first-class resorts, as well as an array of water activities including boating, fishing, and swimming at sandy beaches.

You can even also do fishing,  golfing, camping, hiking, and much more. Kids can have a great time at Miner Mike’s and Busters Adventure. 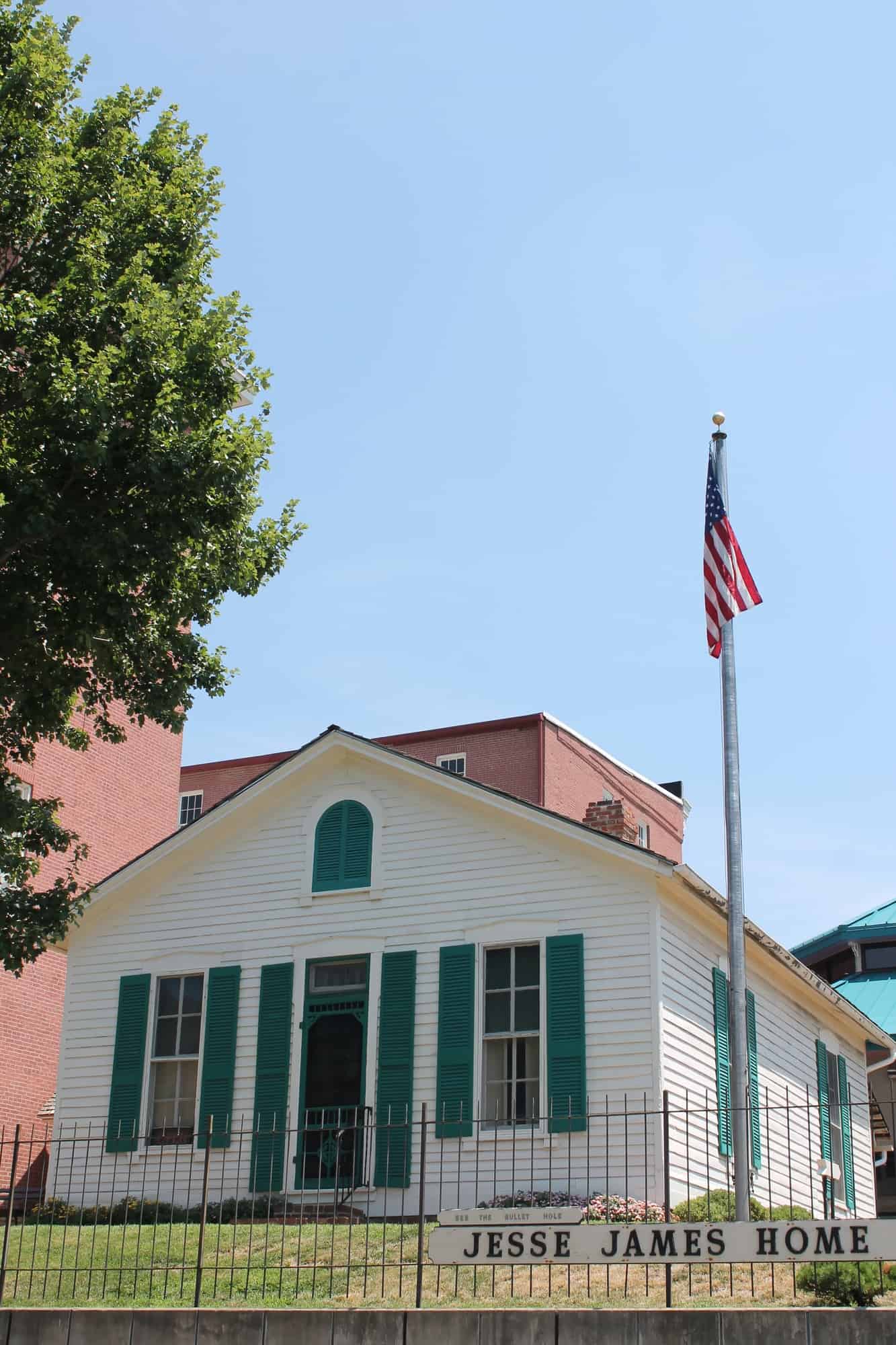 Saint Joseph is a historical destination and it lies on the banks of Missouri River. It is home to the Western State University which was the place where the Pony Express started and where notorious Jesse James met his end.

You can even visit the Jesse James Home Museum where his death happened. There is a lot of historical architecture left from times past here, such as a highly ornate movie palace, the Missouri Theatre, and the Patee House.

There are many green spaces in the city and there are all linked to the St. Joseph Parkway, which threads through the city of Saint Joseph for 26 miles. 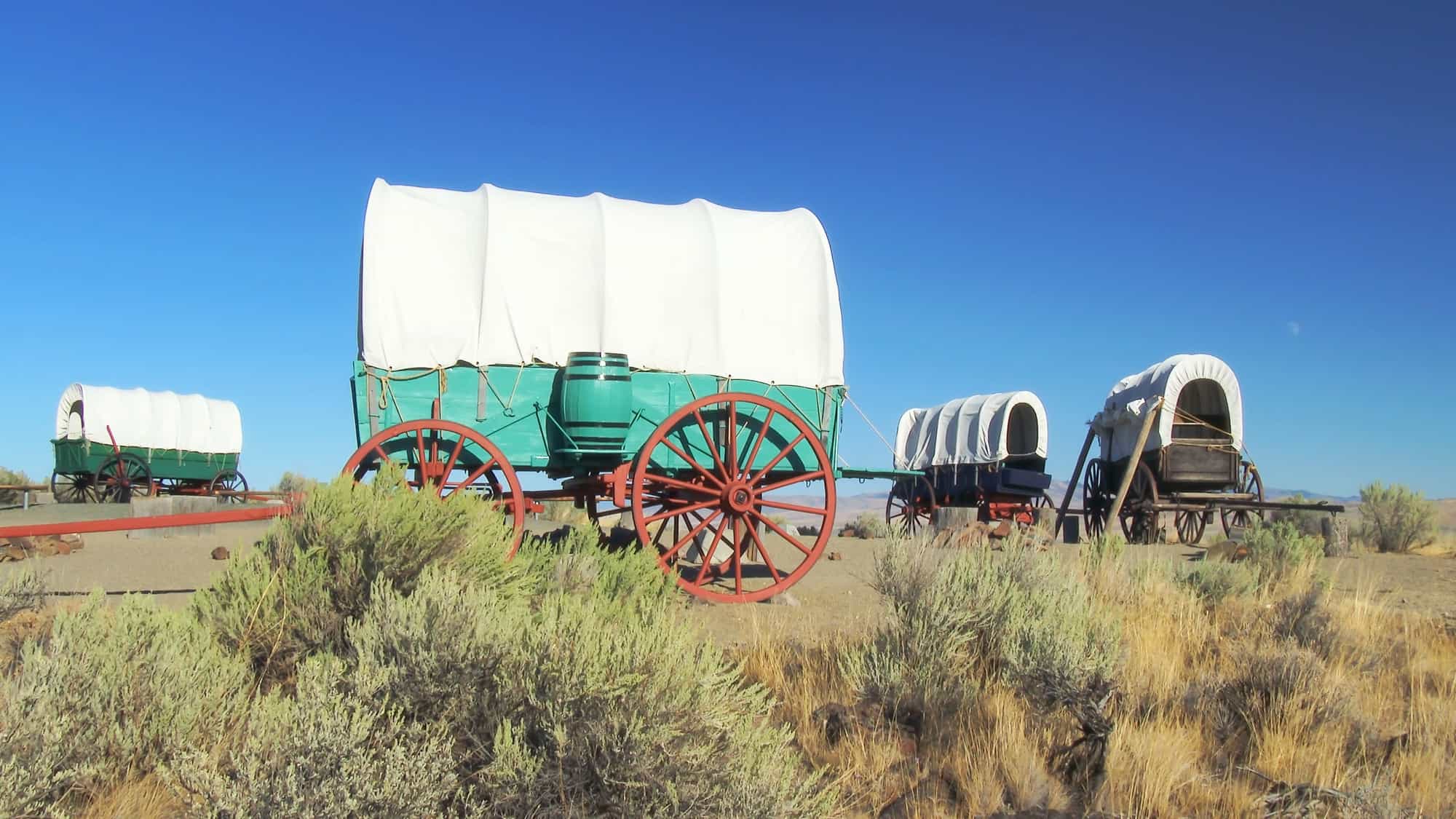 Independence was the starting point of the famous Oregon trail and has a rich pioneer history. Today it is a part of the Kansas City metropolitan area and lies along the south bank of the Missouri River.

You can follow the Oregon Trail from the path of California, Santa Fe, and Oregon Trails along the tracks carved by real wagon trains. You can also go for a mule-drawn wagon ride as well.

Visit the Mormon Visitors Center where you can get to know more about the influence of this major American religion on the region. 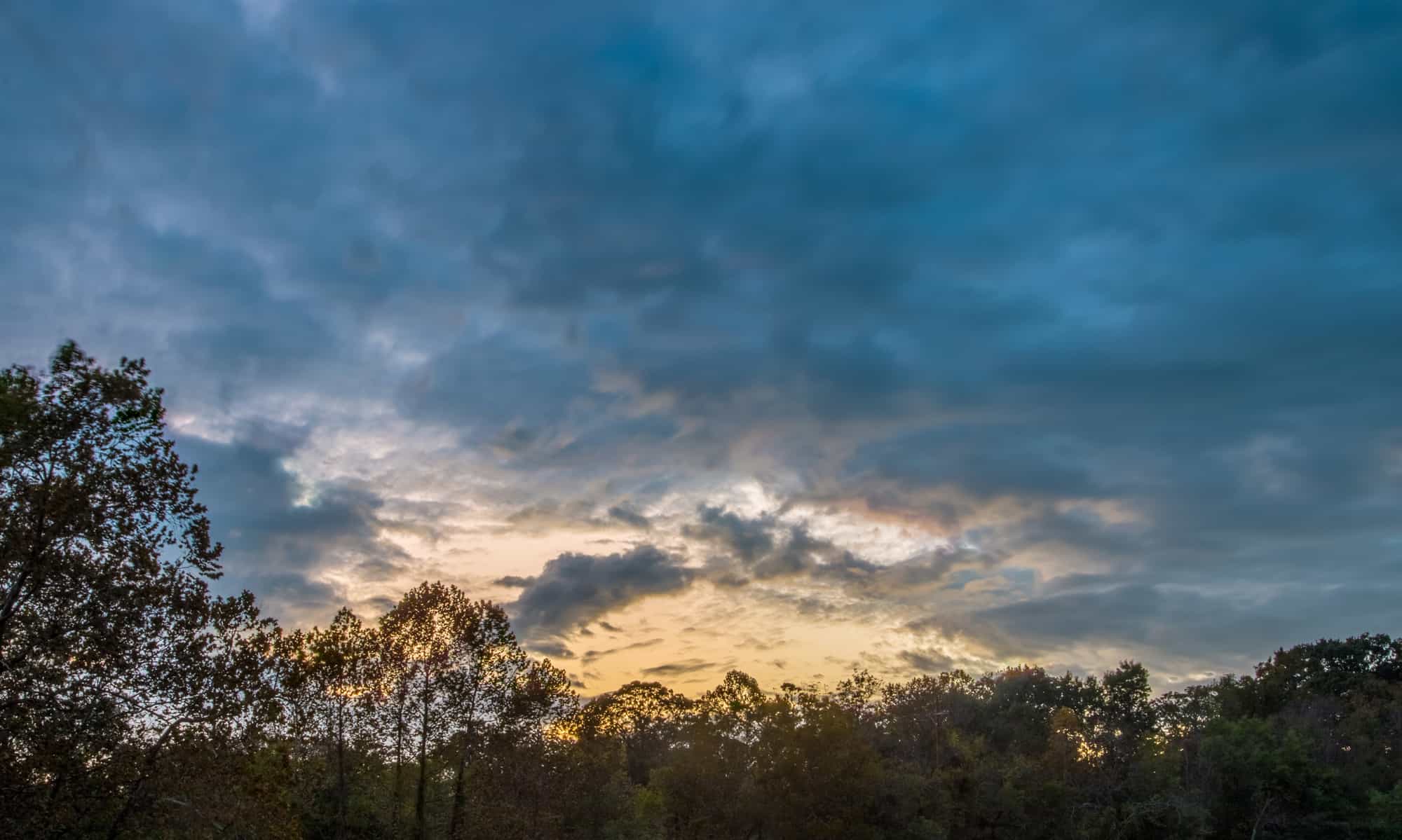 Joplin is a small city in Missouri’s Joplin Creek Valley. The city had an economic boom when lead and zinc were discovered and it became a metropolis at the end of the 19th century.

Explore the colorful buildings in Joplin downtown along the famous Route 66, which stretches from Chicago to Los Angeles.

Visit the historic Murphysburg District where the city’s founding fathers built stately homes, or in the Sunshine Lamp District. 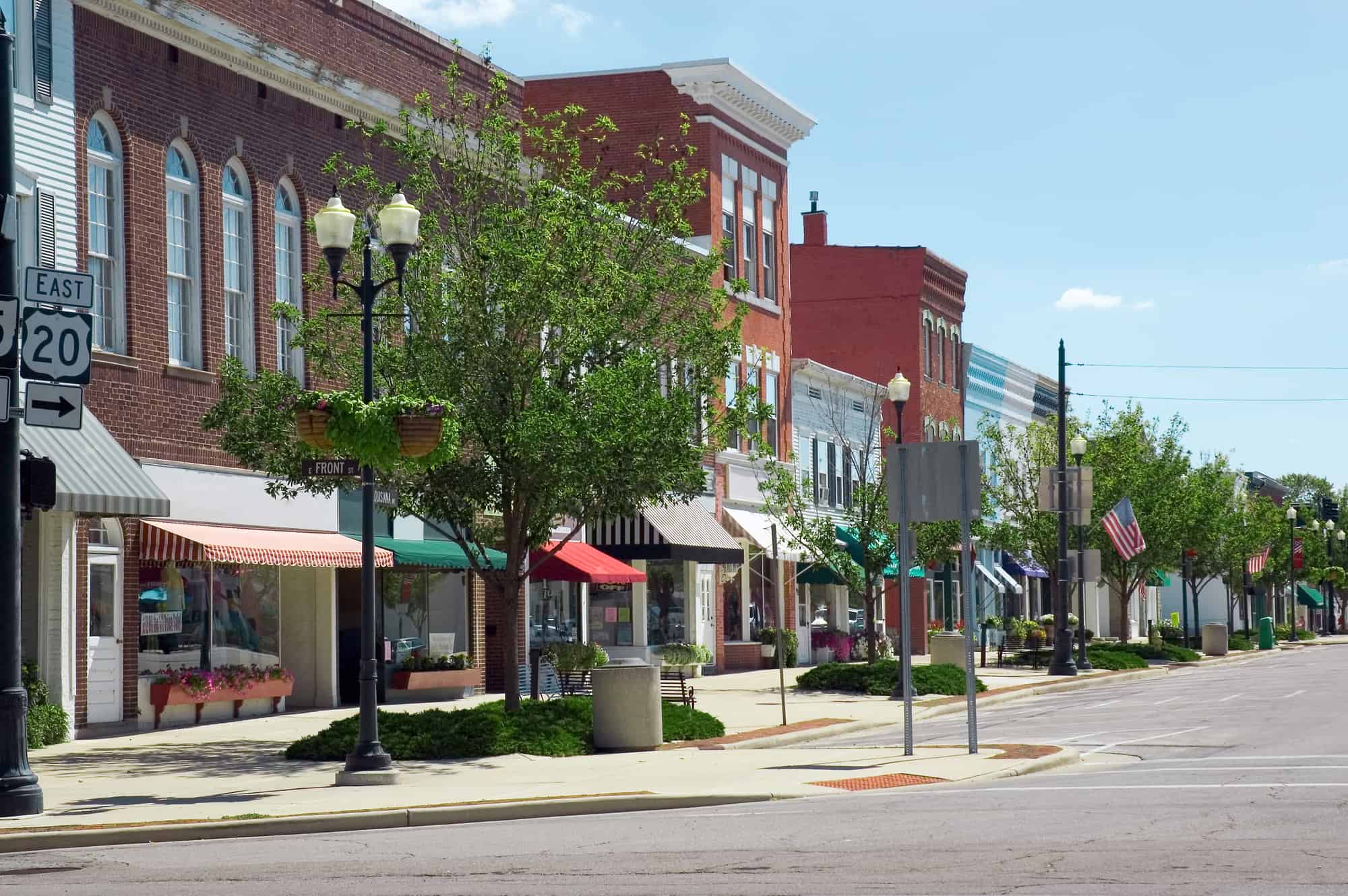 Lee’s Summit is one of the largest cities in Missouri is located on a fairly high elevation between St. Louis and Kansas City.

Roam around the historic downtown district which has plenty of shops, restaurants, and galleries surrounded by residential streets with lovely historical churches.

Visitors can also stop by at the Lee’s Summit Historical Museum to learn more about the city. Kids will love visiting the Landmark 2 Skate Center and the Play and Discovery Edutainment Center. 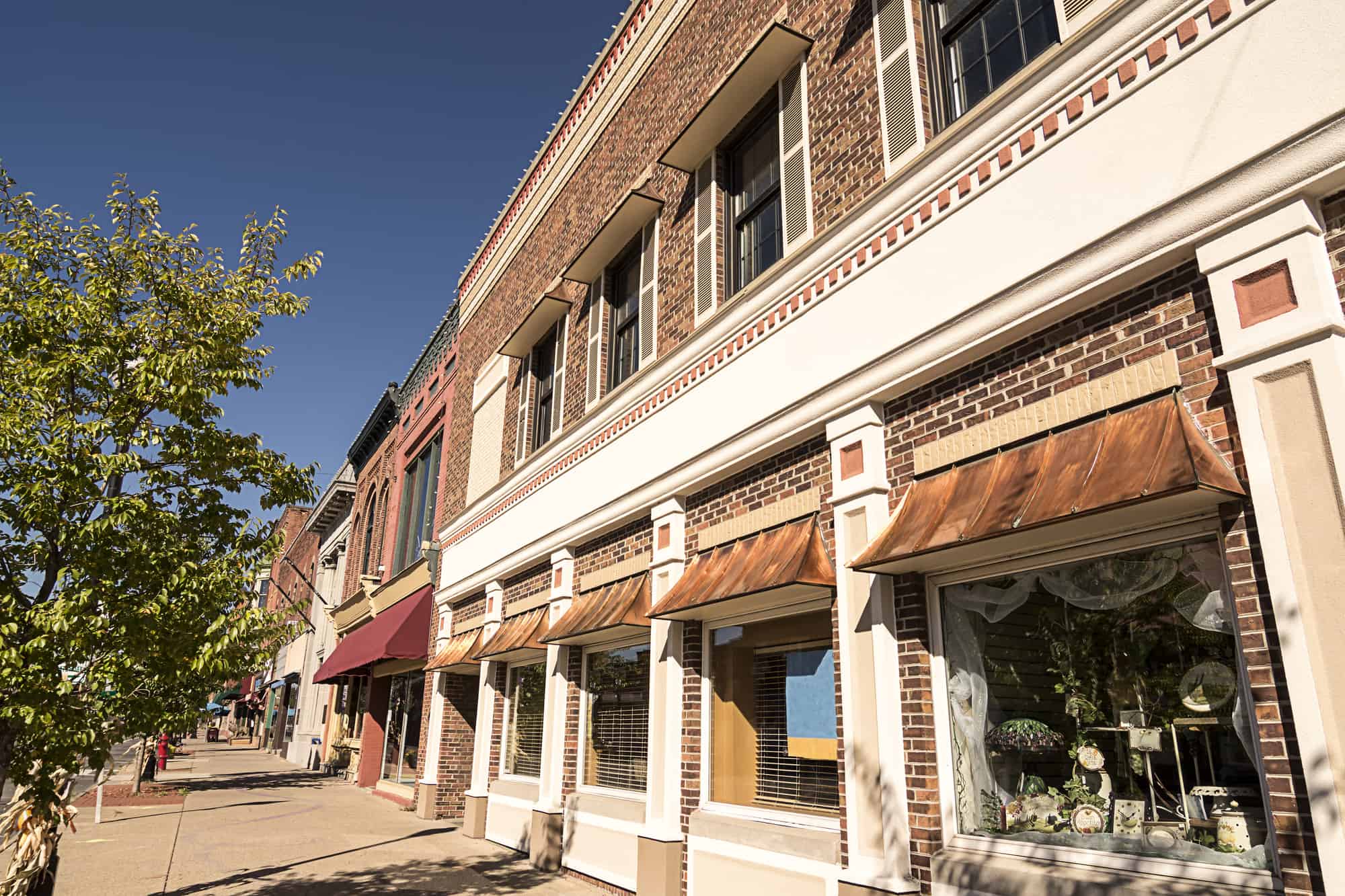 Located midway from St. Louis and Springfield, Rolla is a lively college town and also home to the Missouri University of Science and Technology. You can start by exploring the downtown or visit the Ed Clark Museum of Missouri Geology.

End your holiday with a play at the Ozark Actors Theatre. 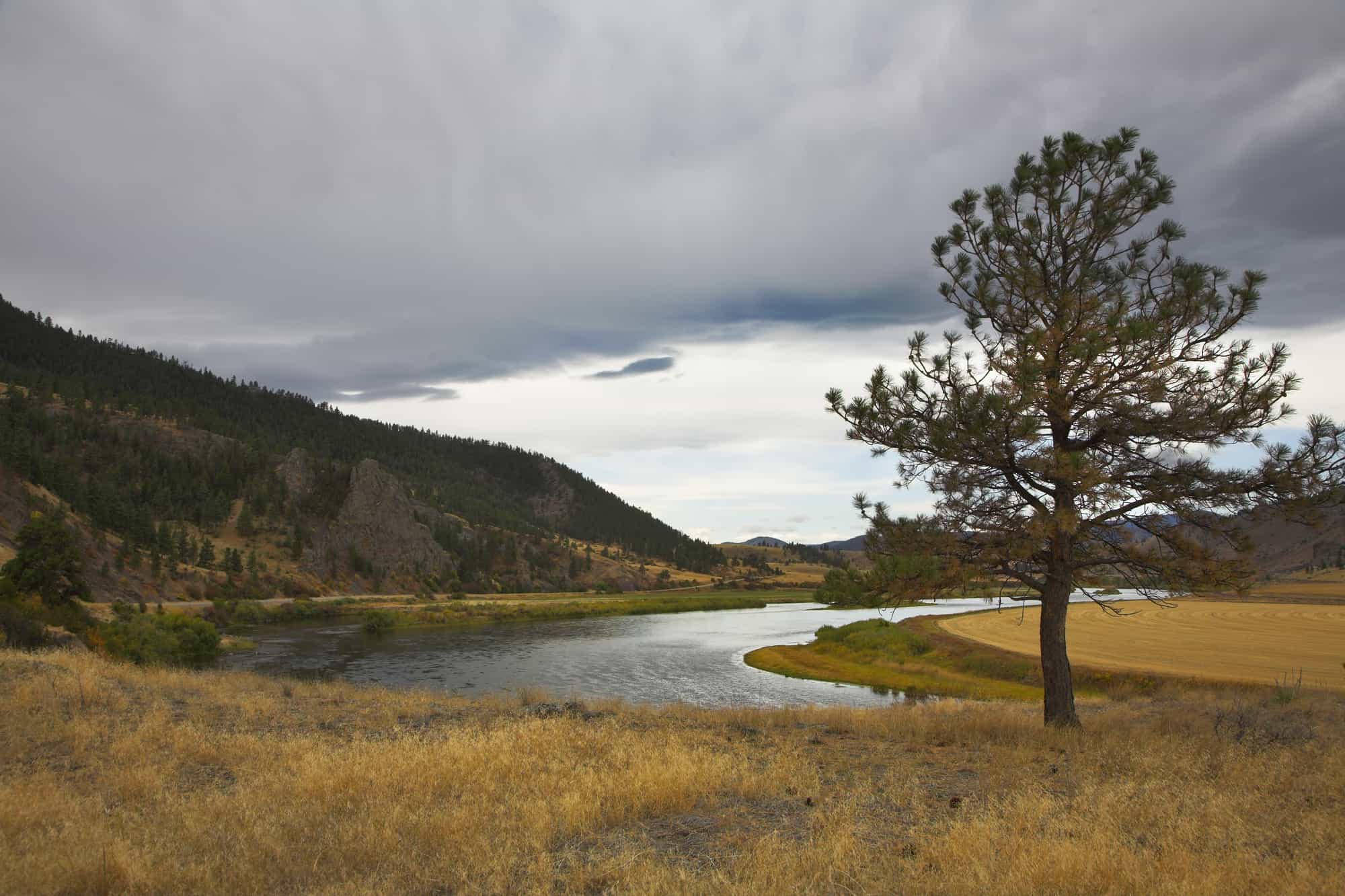 Roaring River State Park is a 4,093-acre park about 8 miles from Cassville in Barry County. It is surrounded by the rugged rocks of the Ozark Mountains.

One of the main reasons that this park is so famous is because of the presence of rainbow trout in the waters. The park also has seven hiking trails, picnic areas with tables and barbecues, a swimming pool, and a nature center. 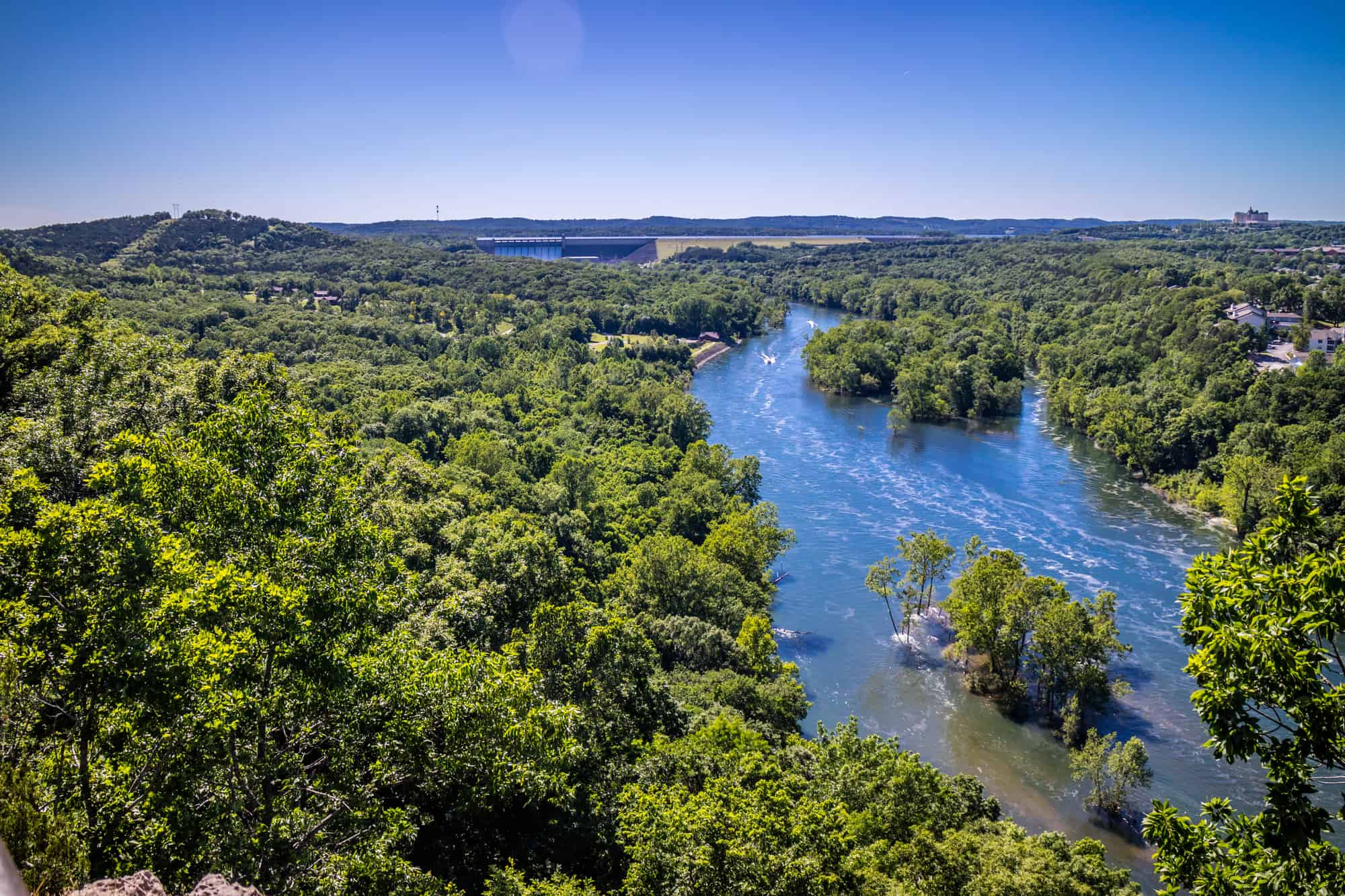 Table Rock Lake is a reservoir created after the Table Rock Dam was constructed across the White River. It has 45,000 acres of water and is protected from too much development and mostly left in its natural state.

This is a great place to just relax with nature with a fishing rod hoping to catch some.

Missouri makes for a great place to visit as it has many destinations worth visiting like the happening cities of Branson or Columbia or the Lake of Ozarks.