Virginia is a beautiful vacation spot filled with historical attractions, beaches, Blue Ridge Mountains, and much more. The state’s tourism slogan is, “Virginia is for lovers”.

It is a birthplace of eight U.S Presidents and has many historical sites that visitors can explore. Let us explore some of the best vacation spots in Virginia which you can explore with your friends and family. 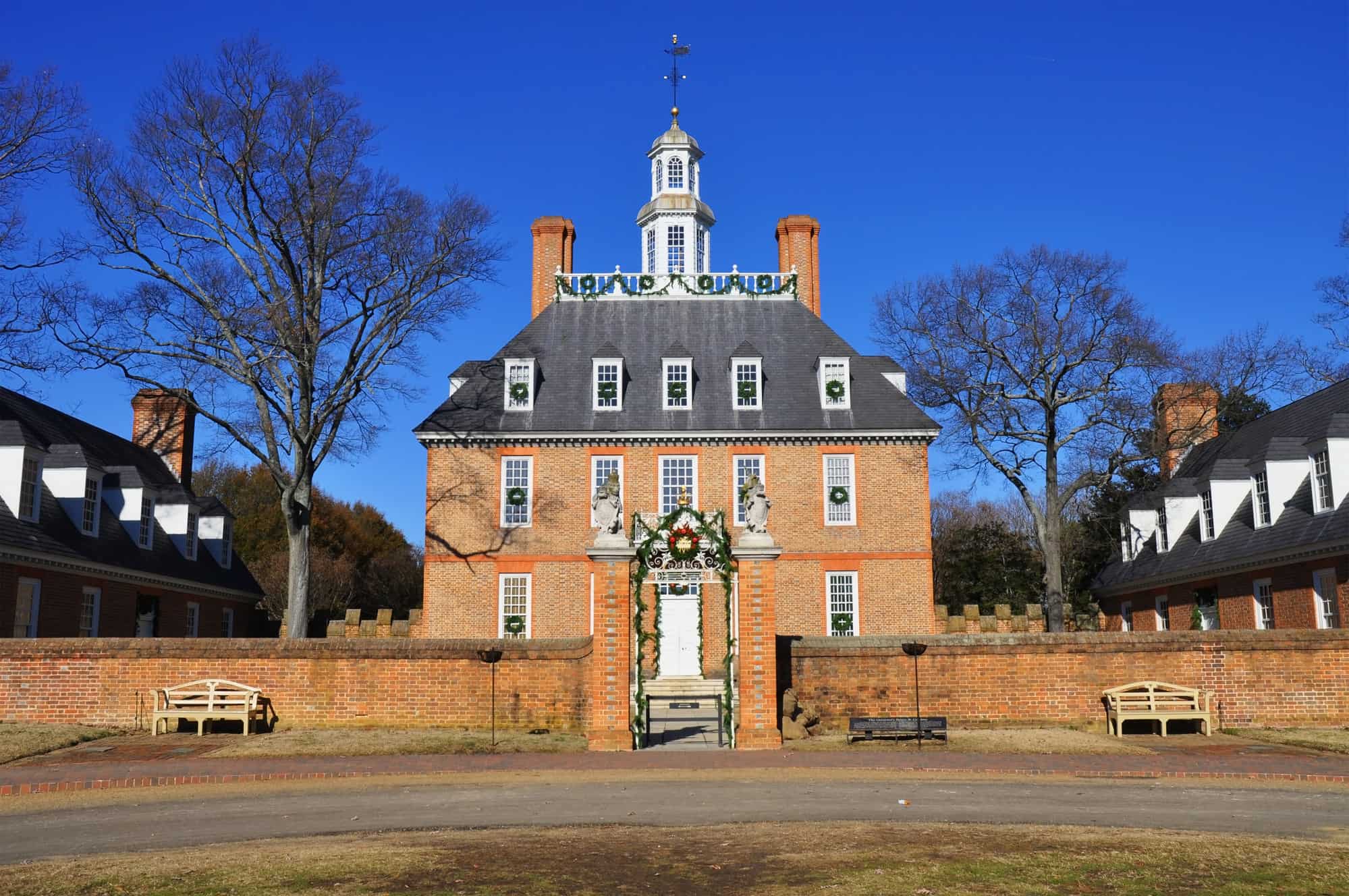 Williamsburg has been associated with the American Revolution and offers some of the best tourist spots which visitors can explore. The city was founded in 1632 as a fortified settlement between the James and the York Rivers.

Here you will be transported back into time as experience the 18th century’s historic homes and soak up the culture. Costumed interpreters show what life was like for the gentry, the farmers, and the slaves that lived and worked here.

Explore the restored buildings from the 17th, 18th, and 19th centuries and enjoy the re-enactments that make the visit to this city fun for everyone. 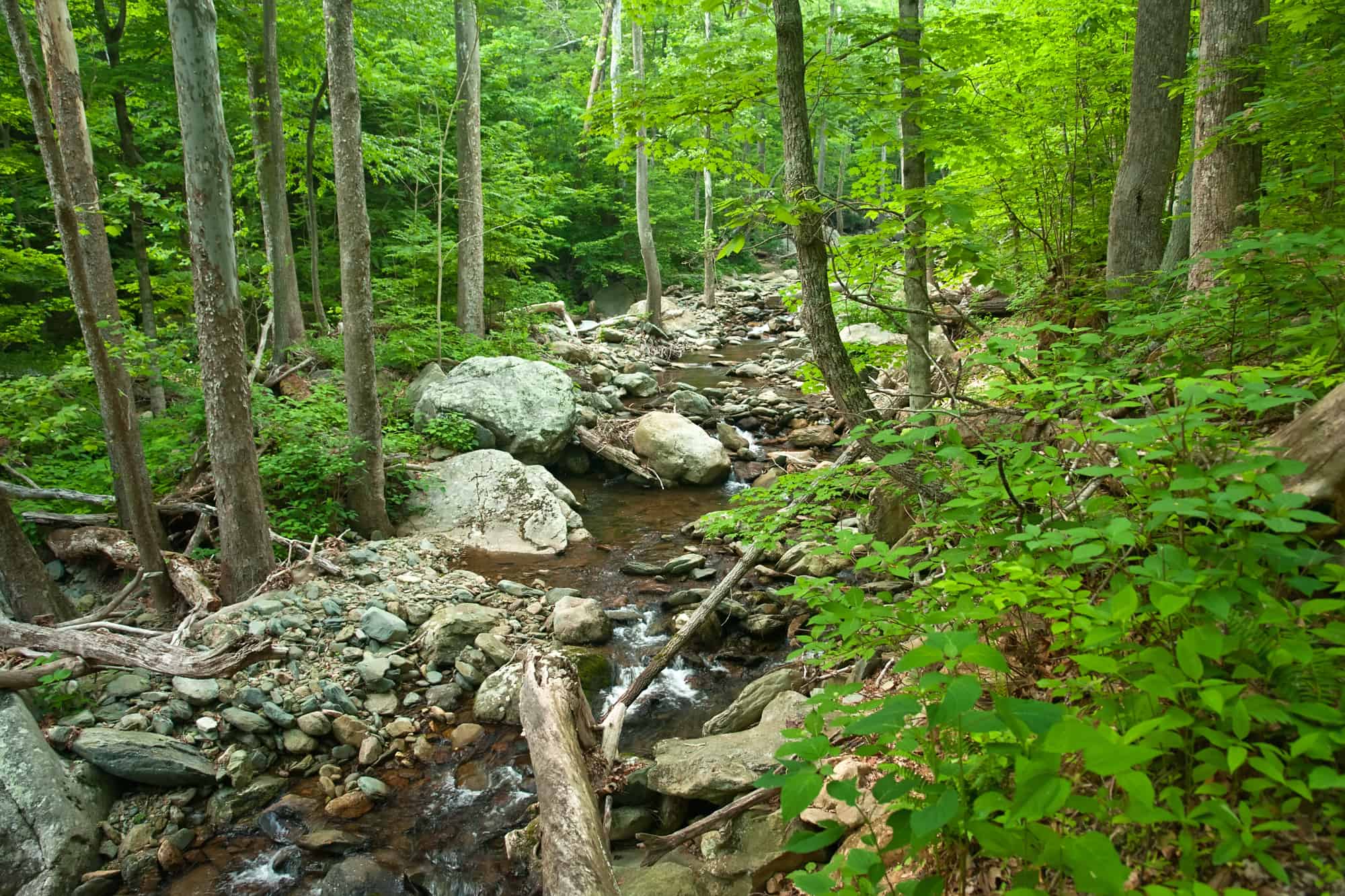 Created in the 1920s, Shenandoah National Park protects portions of the Blue Ridge Mountains, which range in height between 2,000 and 4,000 feet. It is an excellent place for outdoor enthusiasts who want to view fall foliage, hike, and picnic.

A popular way to see the park is through Skyline Drive which snakes through hills and valleys offering beautiful vantage points. The drive also includes attractions like  President Hoover’s summer residence and the old Cave Cemetery below Dark Hollow Falls.

In addition to that, there are great hikes which take you through the park as well. There are over 500 miles of hiking trails, including 101 miles of the Appalachian Trail, and camping, lodges, and restaurants can be found throughout the park. 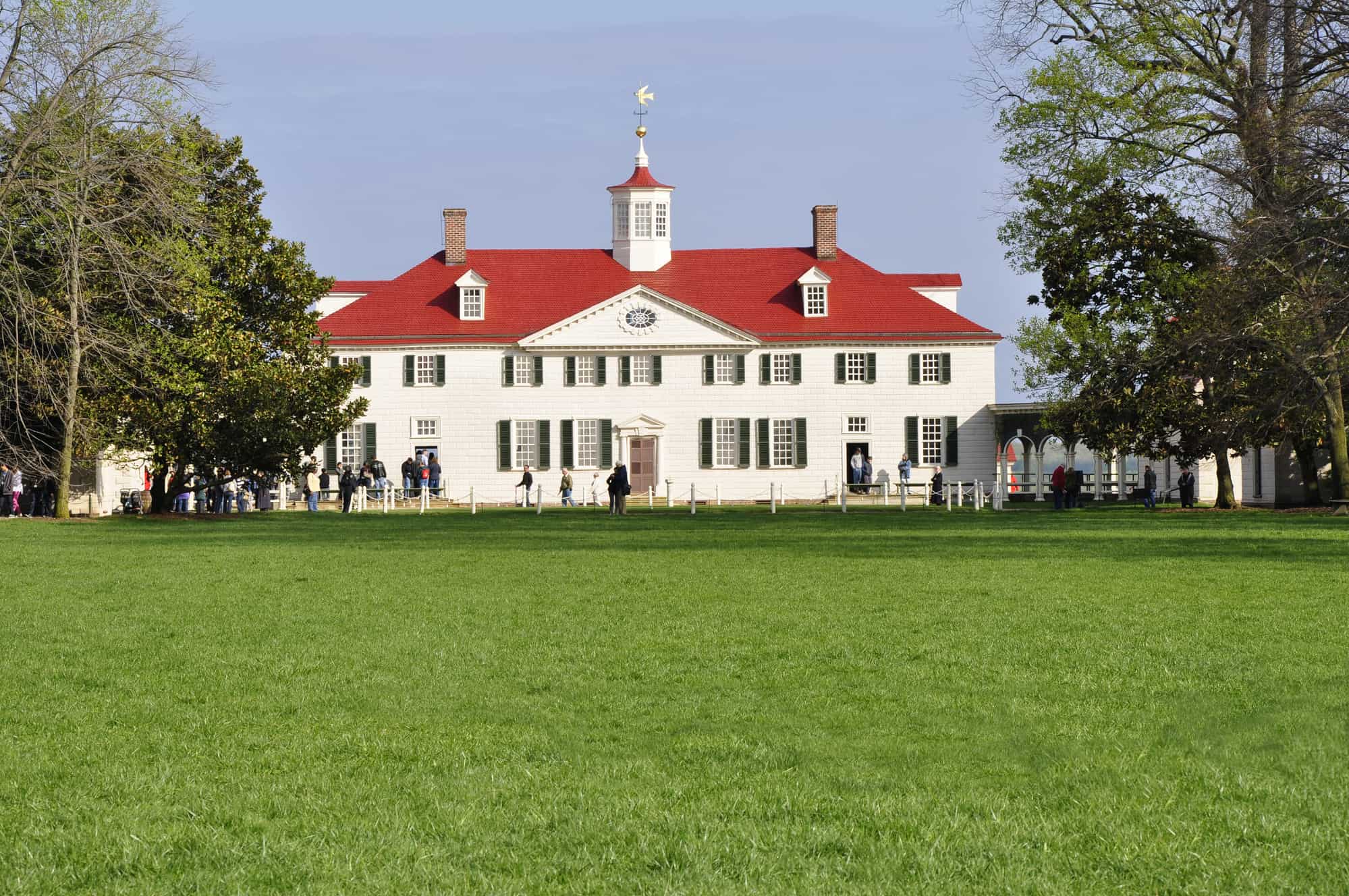 This was the home of the first president of the United States, George Washington from 1754 until his death 45 years later. This plantation house was a work under progress under his close supervision.

The architectural design, interiors, and construction received his personal attention. The house is filled with personal reminders of George and Martha Washington: family portraits, crests, and the couple’s belongings.

When you come here you can visit the house, stroll through the garden and learn about the enslaved people who lived there and visit the family’s tomb. 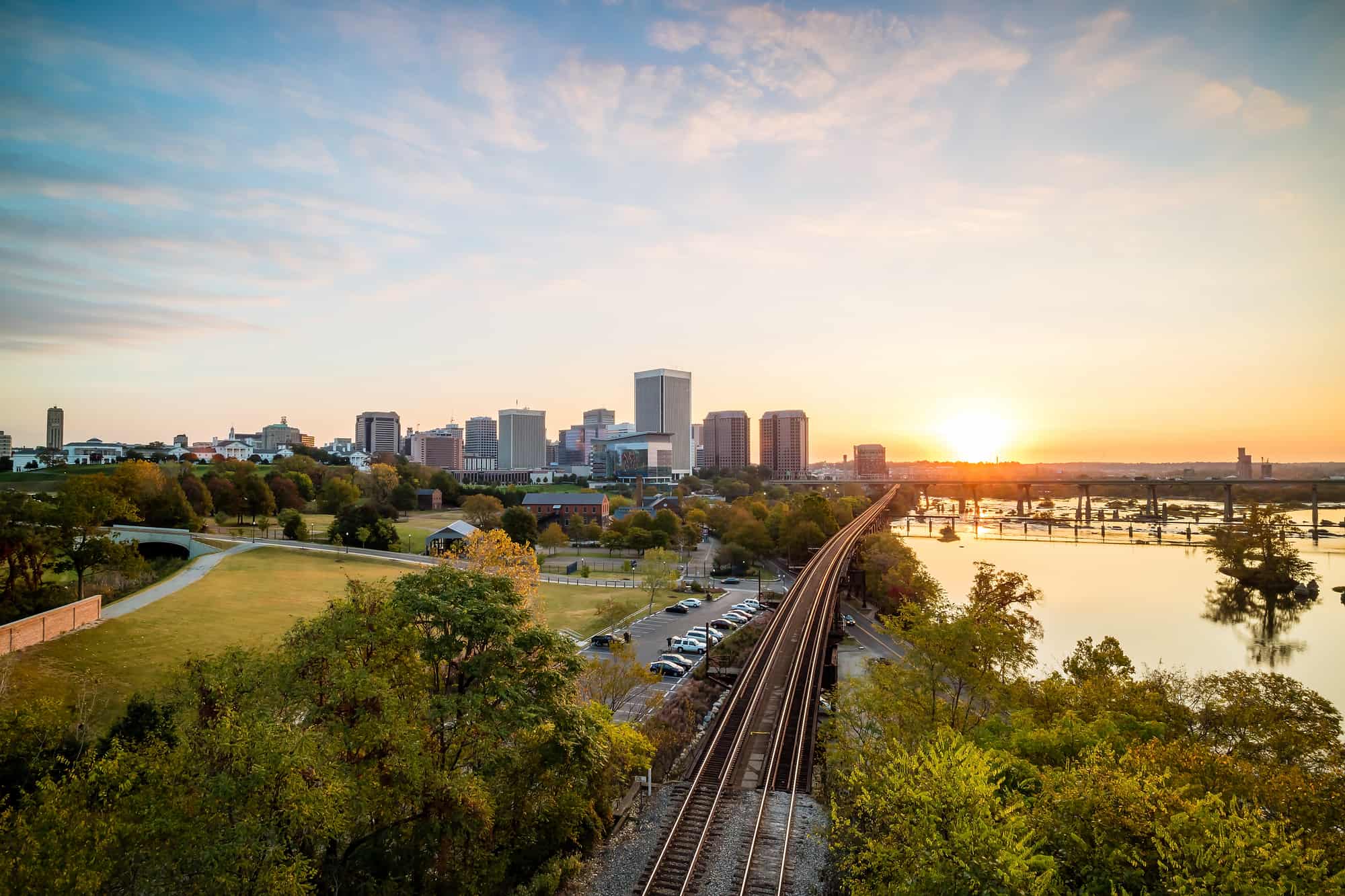 The city is most known for its history, culture and magnificent architecture. Art and theatre lovers can go and visit The Virginia Repertory Theater which is the largest company in Virginia.

This city is also the home of Edgar Allen Poe, and now you can visit a museum containing artifacts and some of his writing. You must also visit the Virginia Museum of Fine Arts has fine collections covering 5,000 years of art from around the world. 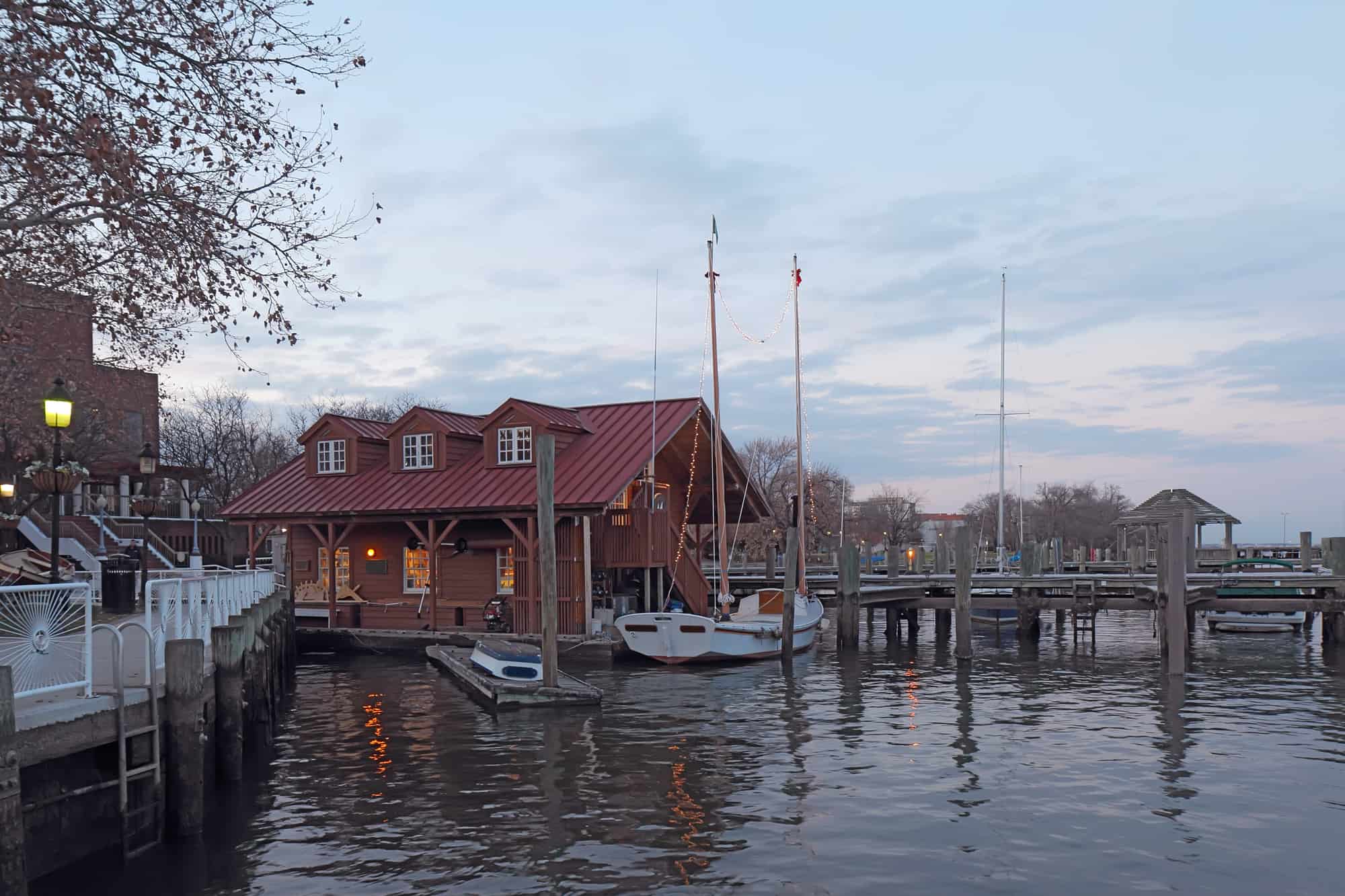 Alexandria has an old-town charm that makes this city a great vacation spot in Virginia. It is a must-see for anyone who is coming to visit the state.

Alexandria was George Washington’s home. The town draws many visitors with its cobblestone streets,  historical architecture, and abundant shops and restaurants. 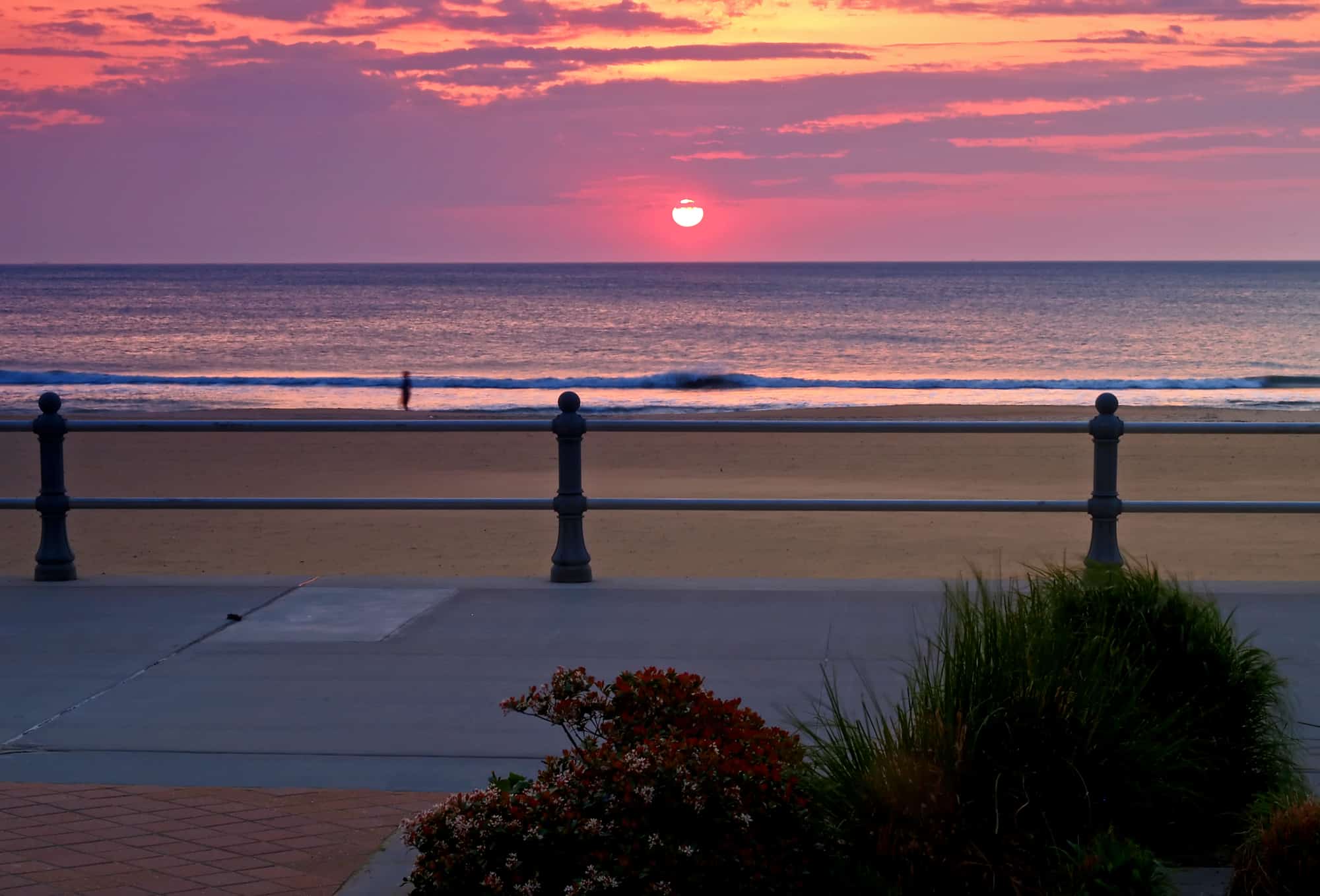 There are lots of things to do in Virginia Beach, of course starting with the beach itself. There are three beaches and fourteen miles of sandy shores which give its visitors everything they desire.

Either you can skate down the boardwalk or soak up some rays in the Oceanfront neighborhood – there are lots of things to do. There are excellent outdoor restaurants, nautical statues, shopping, and four oceanfront stages featuring live entertainment. 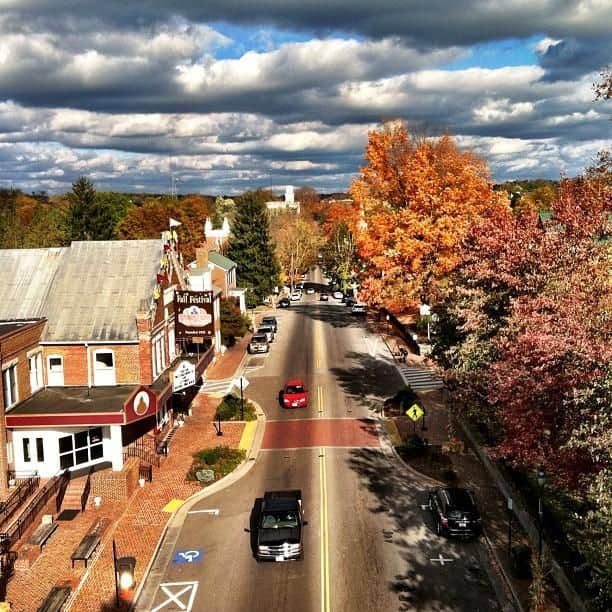 Abingdon is another historical town where the entire town from its outskirts to its brick-paved sidewalks downtown are a National Historic Landmark.

See how poverty-stricken people lived until the mid-20th century at the Yeary Cabin or visit the living history museum the Fairview Historic Homestead to see how immigrants lived. The town is also famous to the Barter Theatre, the longest-running professional theatre in the U.S.

You can catch a show here or sample local beer at Wolf Hills Brewing Co. and explore the great outdoors. 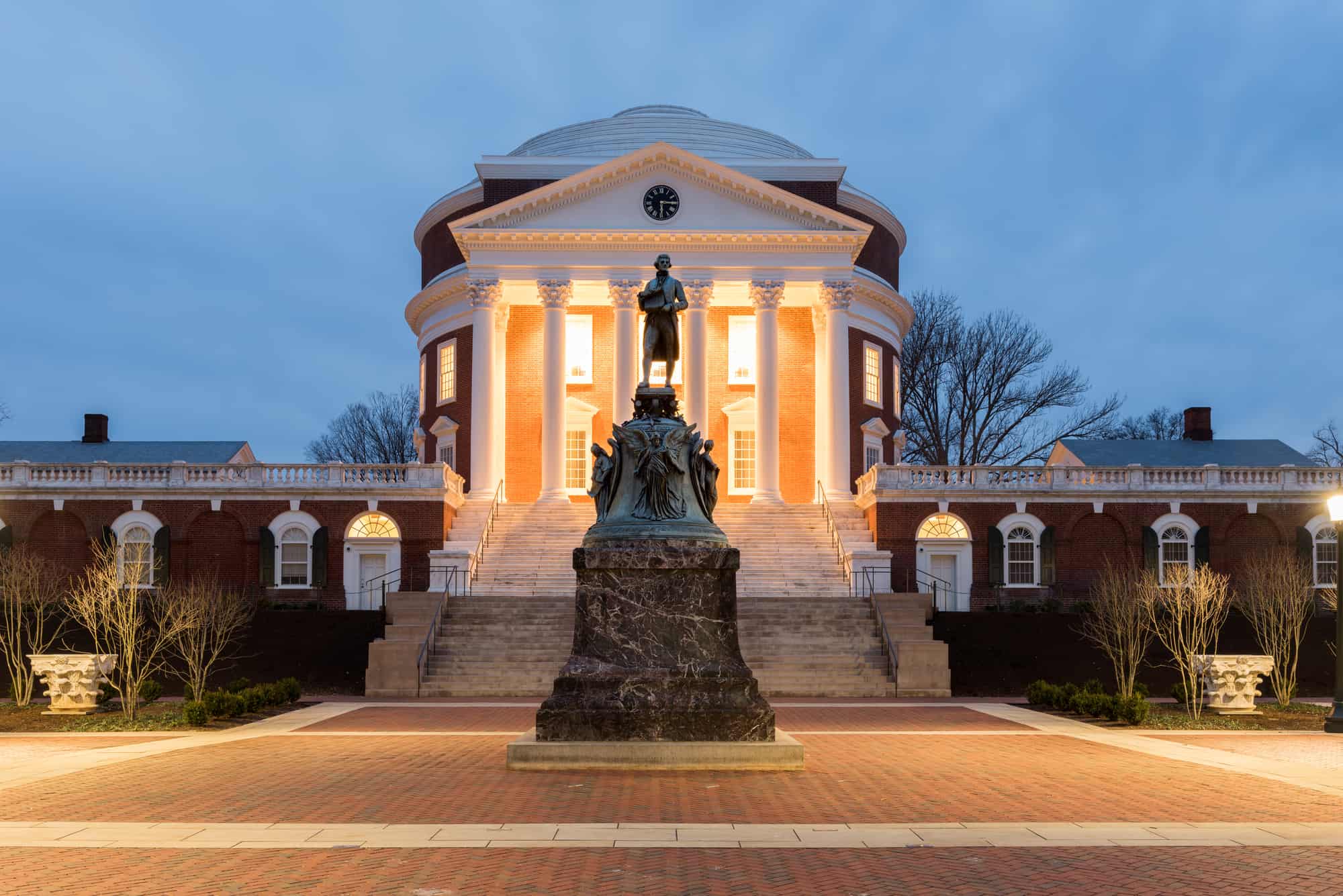 Nestled in the foothills of the Blue Ridge Mountains, Charlottesville is known for its rich history. Also, best known as the home to the prestigious University of Virginia, Charlottesville makes for a great vacation spot in Virginia.

The city is also home to some of the most popular new wines on the market. There are around twenty vineyards which you can visit as well. 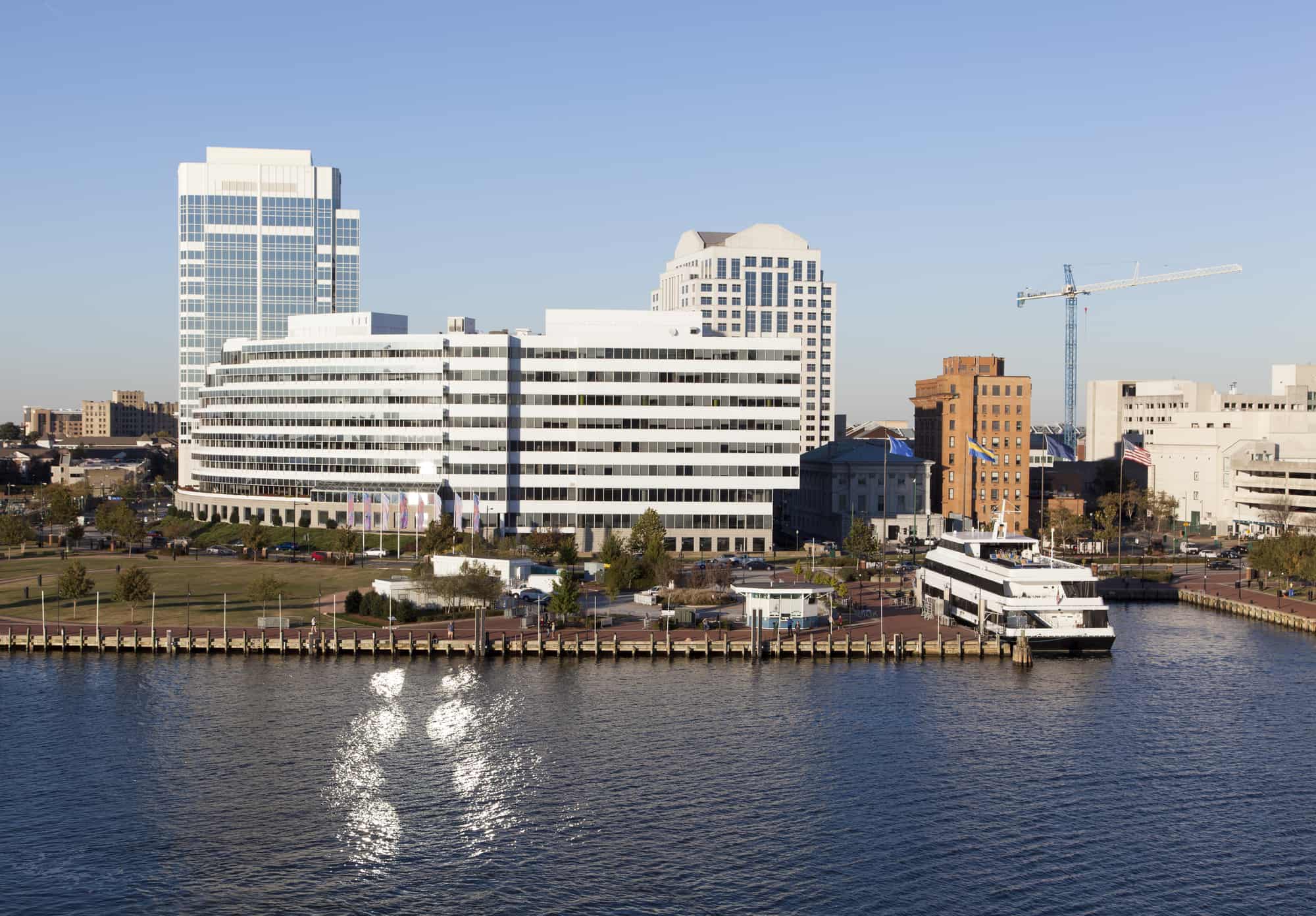 Located on the shores of  Chesapeake Bay and bounded by the Elizabeth River, Norfolk makes for a great place to visit in Virginia. It is also the world’s largest naval base, Naval Station Norfolk, and the city pays homage to its military past and present.

Visit the most popular tourist attraction here which is the floating museum of the USS Wisconsin, this is an American battleship that served in the Pacific theatre of World War II.

Other than that, you can also tour the complex of Naval Station Norfolk where visitors can see the base’s massive ships and aircraft. 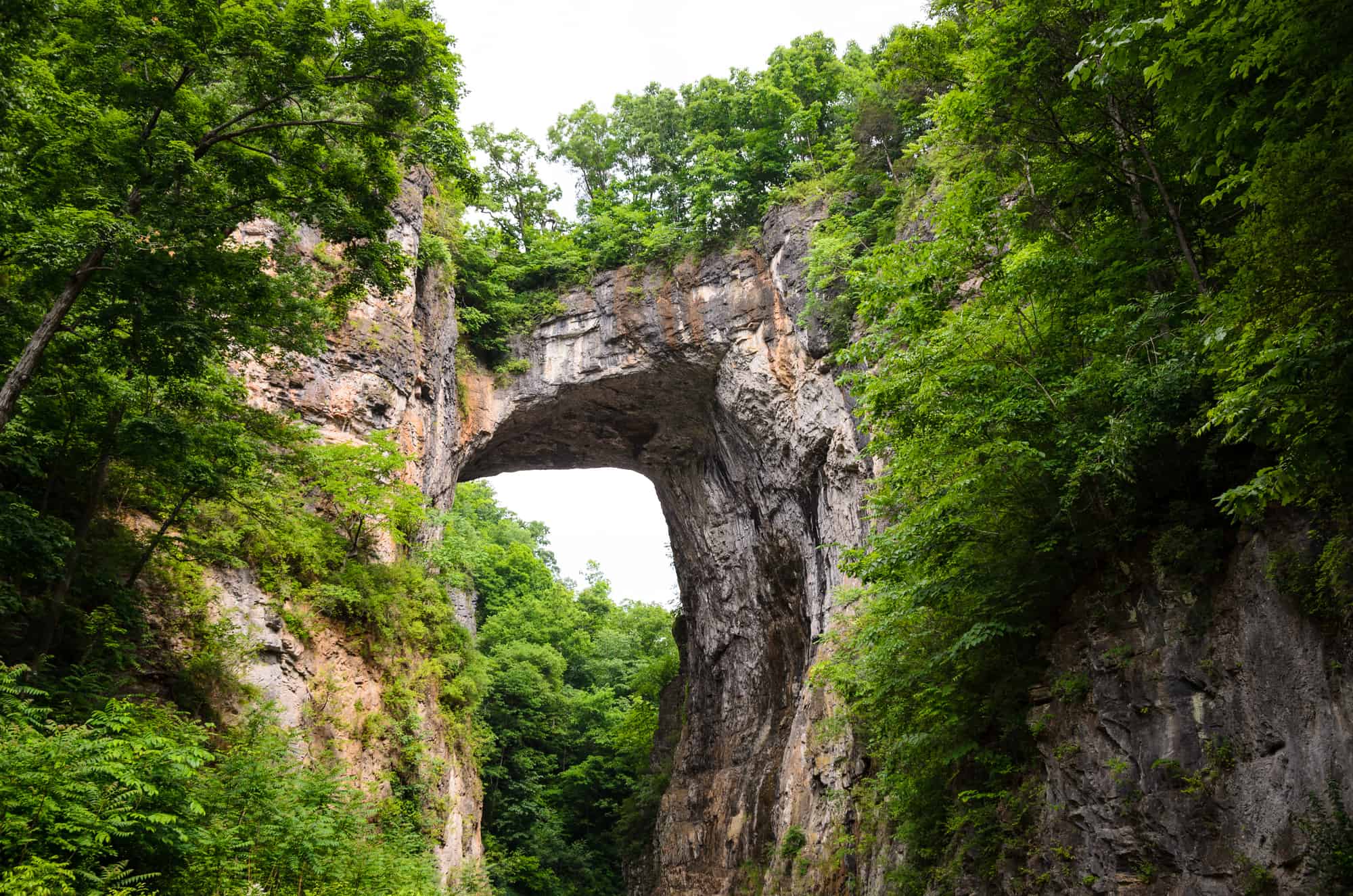 The Natural Bridge of Virginia is a natural bridge formation carved out of limestone and dolomite over hundreds of thousands of years. It towers at more than 215 feet with a span of 90 feet, it is also one of the oldest tourist spots in America.

This was one of the most popular sights during the 18th and 19th Centuries for European visitors, ranking with Niagara Falls. Visitors may stay at the park’s hotel and visit the re-created Monacan village. 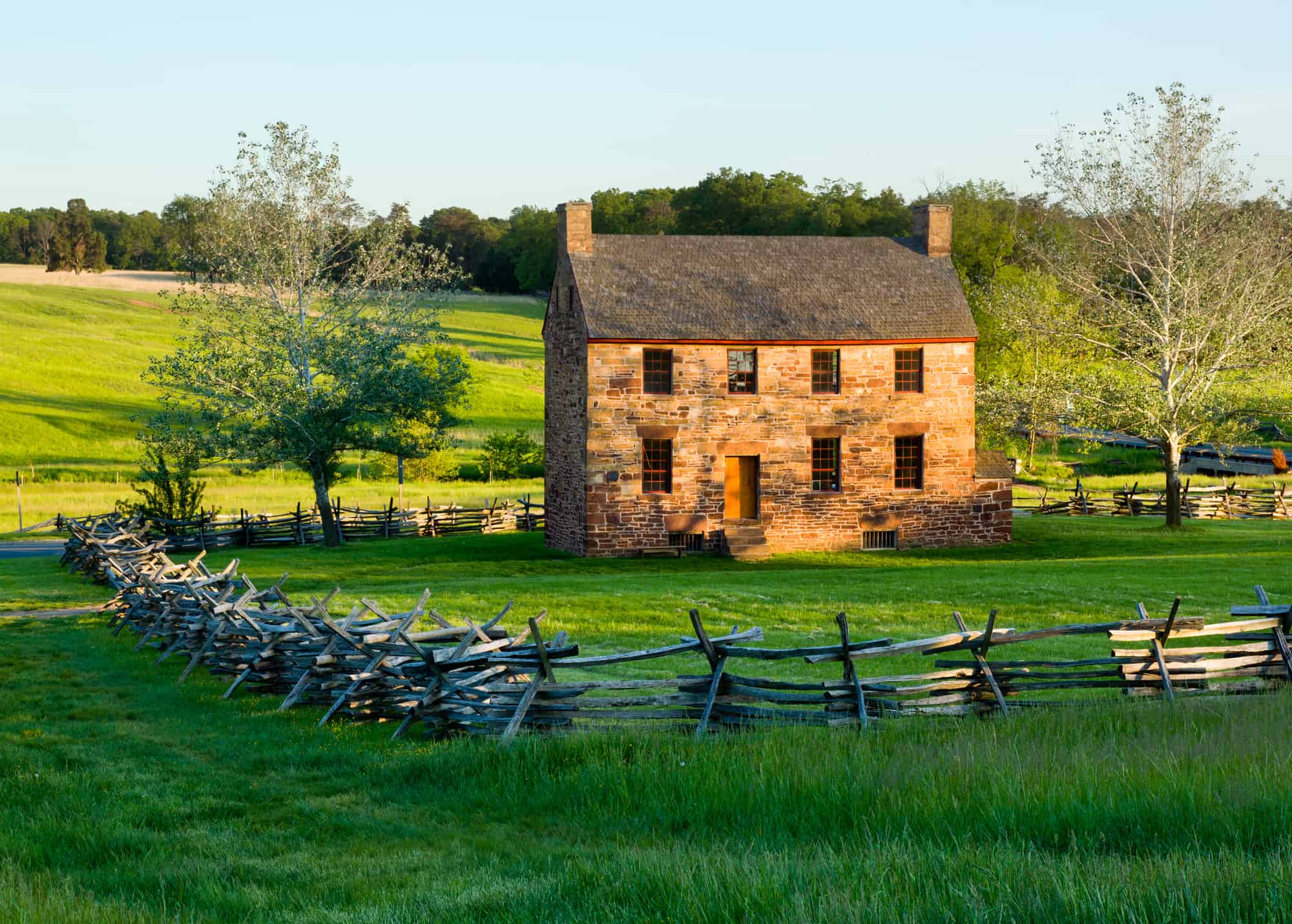 Around a million visitors come to Manassas National Battlefield Park annually to participate in the 45-minute ranger-led tours of the fields overlooking Bull Run. 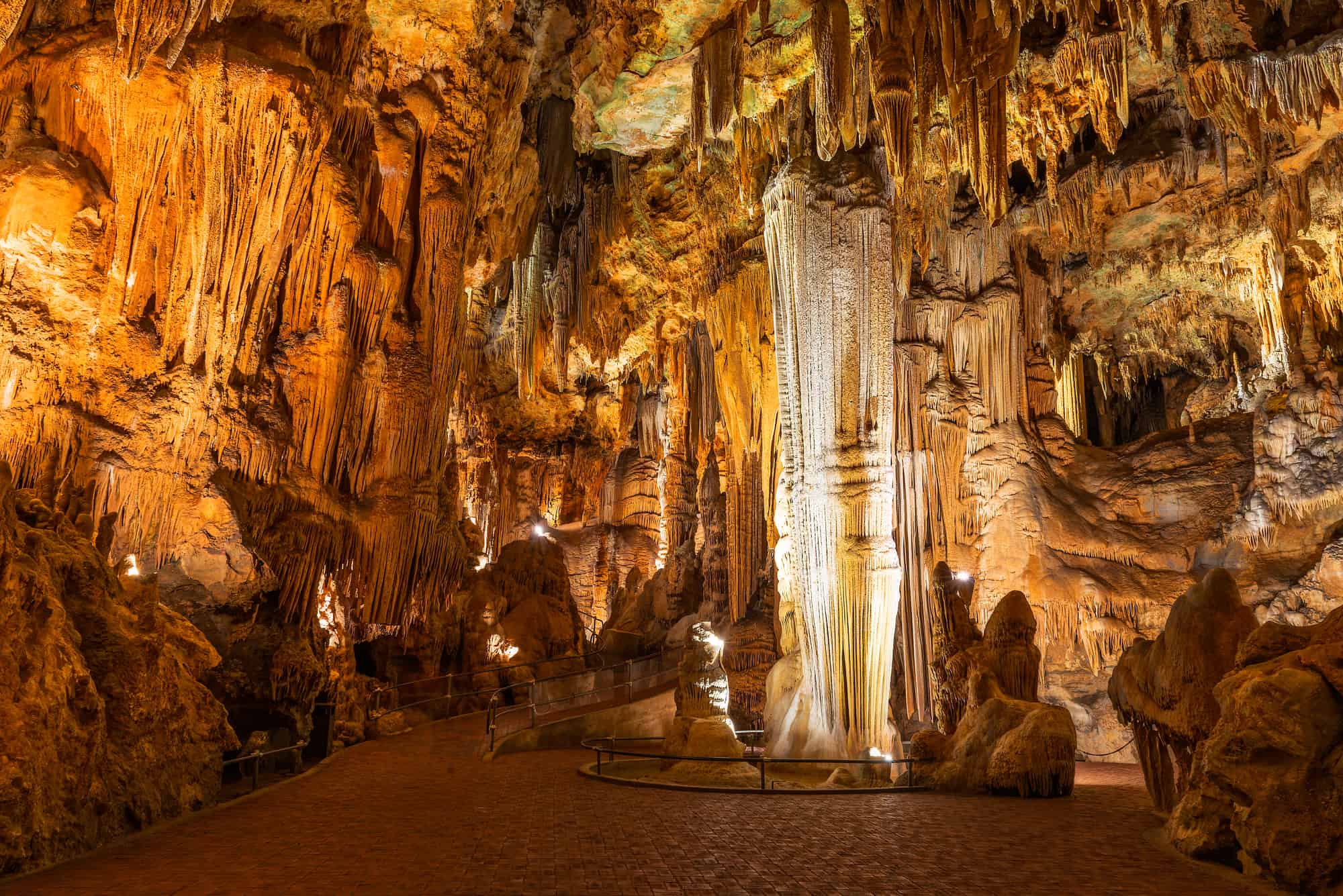 Visit Luray Caverns to see the largest commercial cave system in the eastern United States. Here you can see breathtaking examples of calcite formations within an extensive underground system.

This is the largest cave system in the eastern United States. The caves are 164 feet below ground and stay at a temperature of 54 degrees Fahrenheit year-round.

The highlights of this cave are Titania’s Veil; the giant Double Column; interior lakes and a one-of-a-kind musical instrument called the Great Stalacpipe Organ. 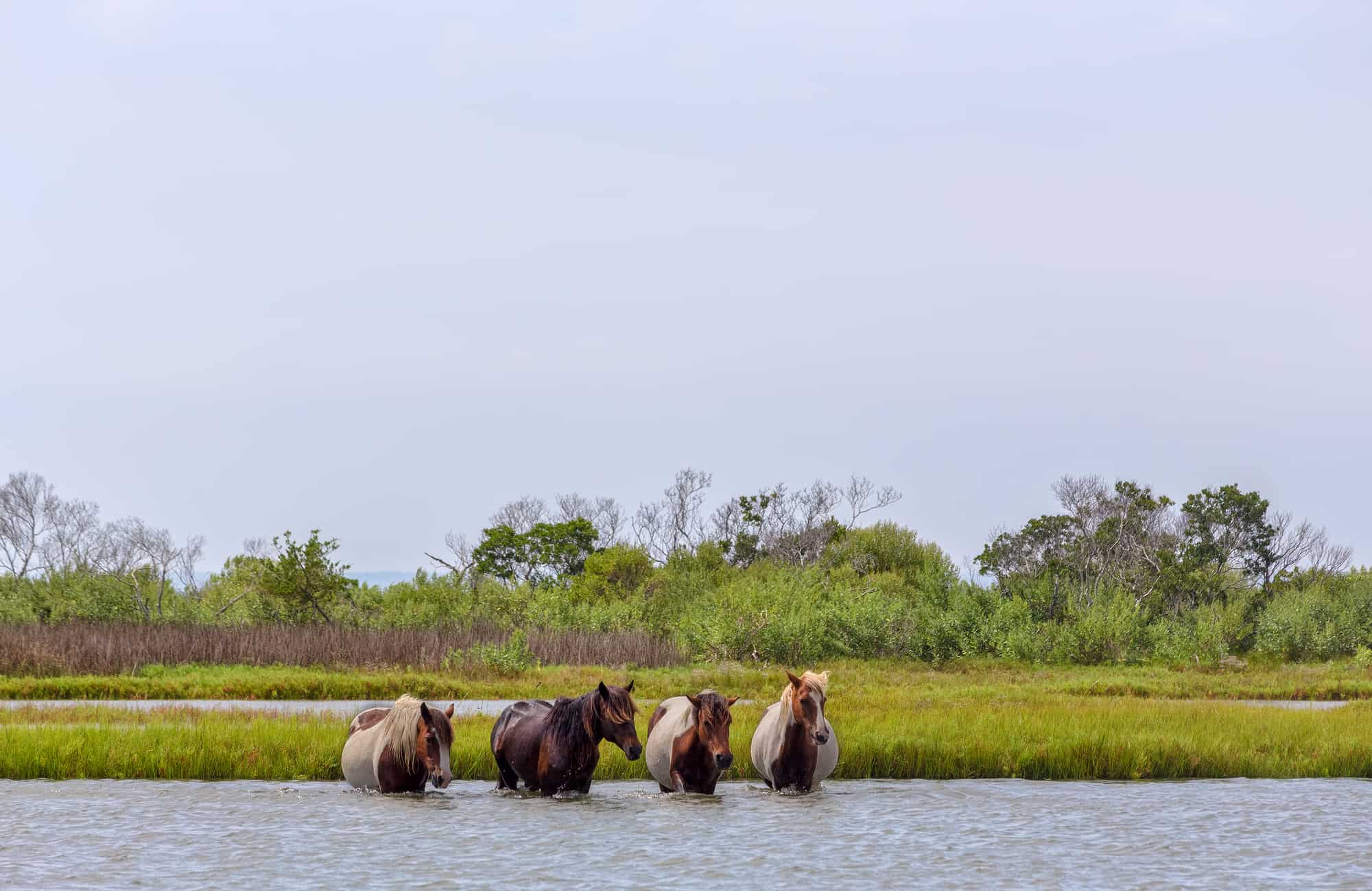 Chincoteague Island is on the Virginia half of Assateague Island and makes for a great vacation spot in Virginia. Visitors mainly come to this island to see the Chincoteague ponies, feral horses of diminished size due to their poor diet of salt marsh plants and grasses.

Apart from the ponies, you will get to see many wild animals like brown pelicans, merlins, red fox, fox squirrels, and white-tailed deer.

Enjoy swimming, walking nature trails, take wildlife tours by boat or bus, watch birds – among the many things to do here at the Chincoteague Wildlife Refuge. 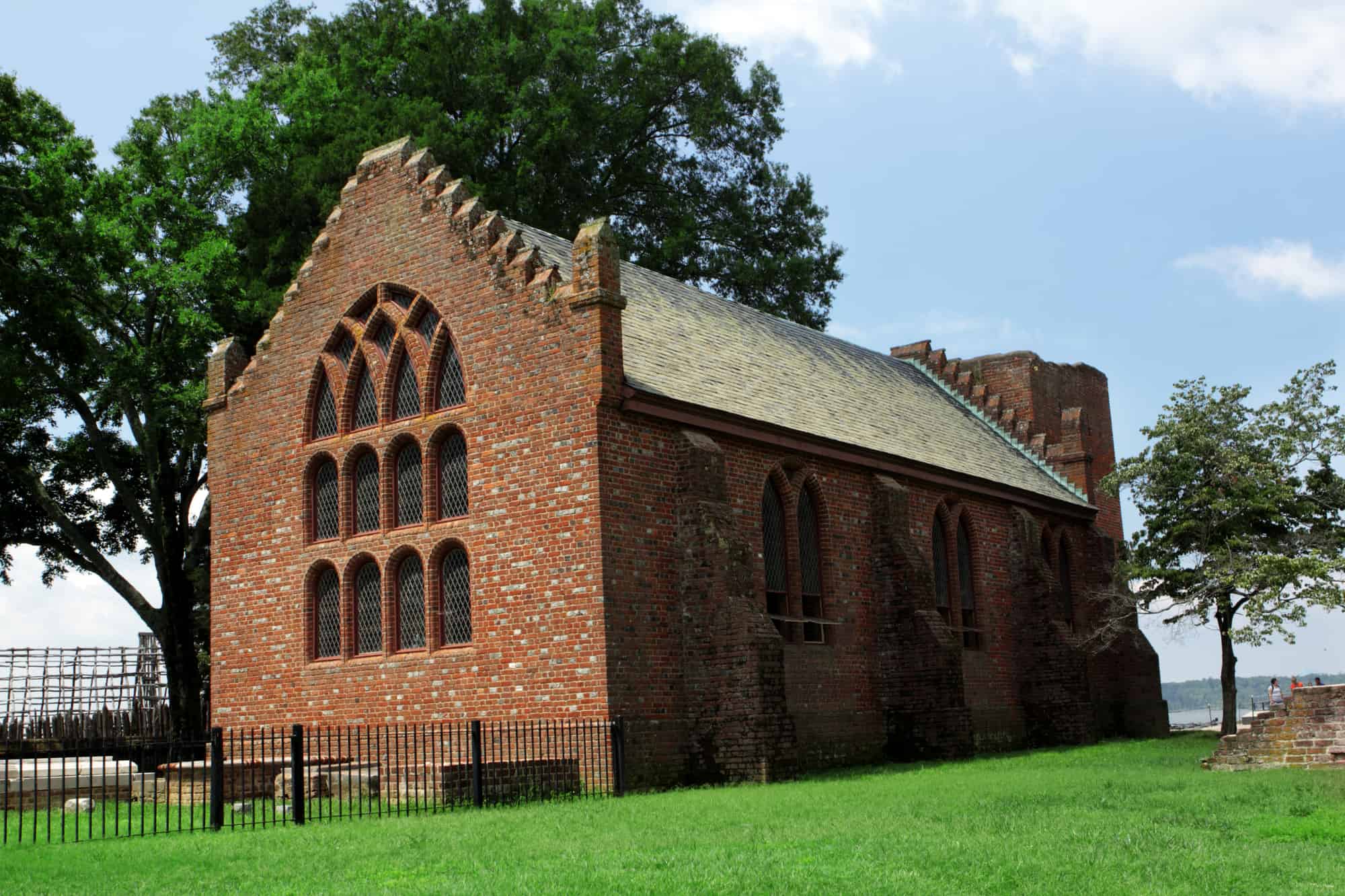 Jamestown was built in 1957 to commemorate the 350th anniversary of Jamestown’s founding. There are many outdoor and historical attractions that you can explore in Jamestown.

Explore the Greensprings Interpretive Trail which features 3 1/2 miles of hiking and bike paths. Apart from that, you must also the  Triangular James Fort, which is a re-creation of the one constructed by the colonists, with thatch-roofed structures representing Jamestown’s earliest buildings. 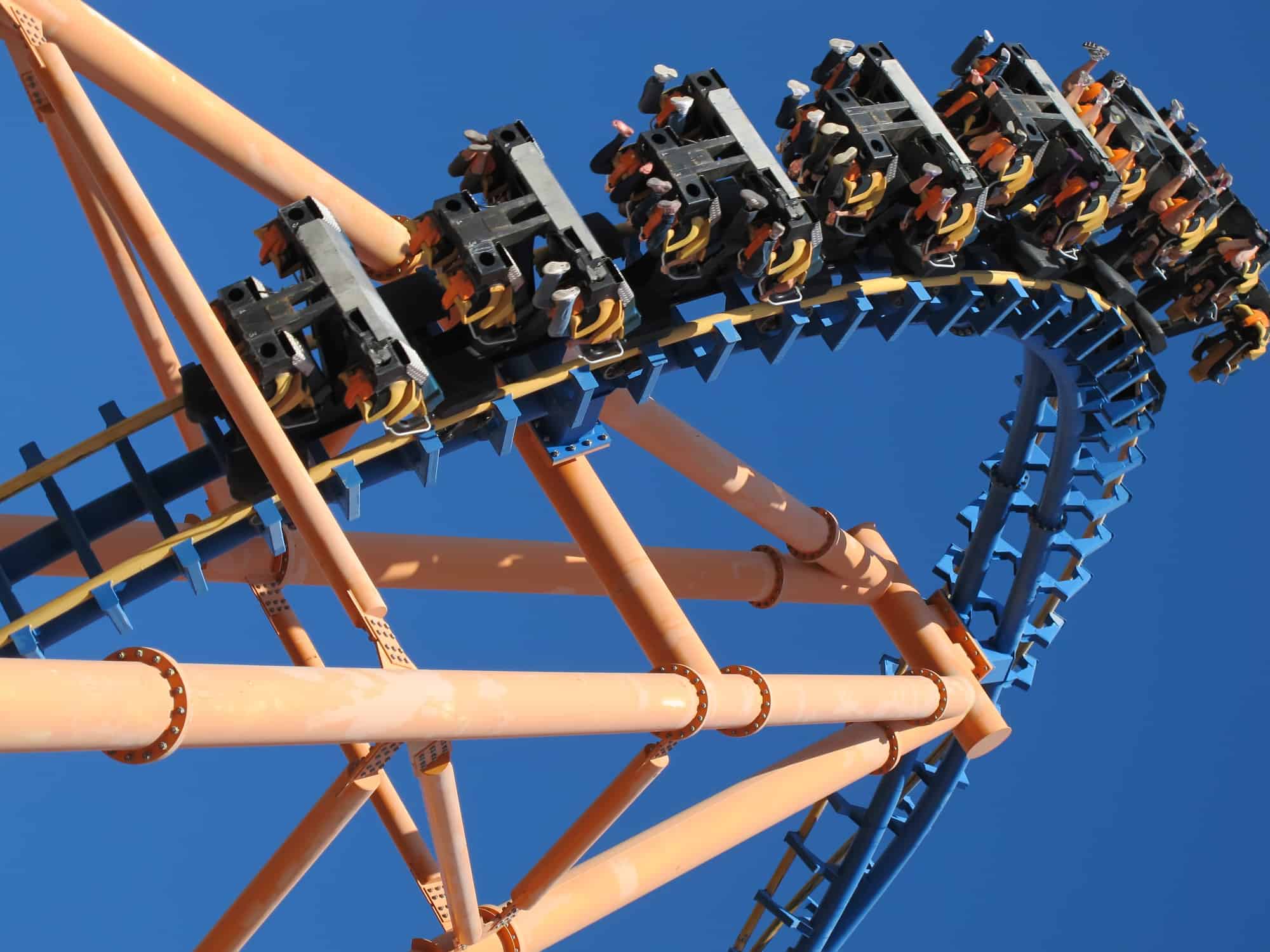 This lively adventure park is European themed and evokes southern Germany in its entertainment area with dirndl-costumed dancers. There are many roller coasters themed to the Loch Ness Monster, the Alps, and the ruins of Pompeii.

There are special sections are designed for younger children, with rides appropriate to their thrill level.

Virginia is blessed with many varied types of vacation spots which the visitors can enjoy like the scenic Virginia Beach or the beautiful Mount Vernon.