New Mexico is also called the “Land of Enchantment” and one look at the varied vacation spots it has to offer – you will agree too.

From exploring ancient ruins to enjoying the urban city life in the sophisticated cities of Santa Fe and Albuquerque – there are lots to explore in New Mexico. This state is often undervalued by many, but in fact, it has a lot to offer.

Let us explore some of the best New Mexico vacation spots you can explore on your next holiday. 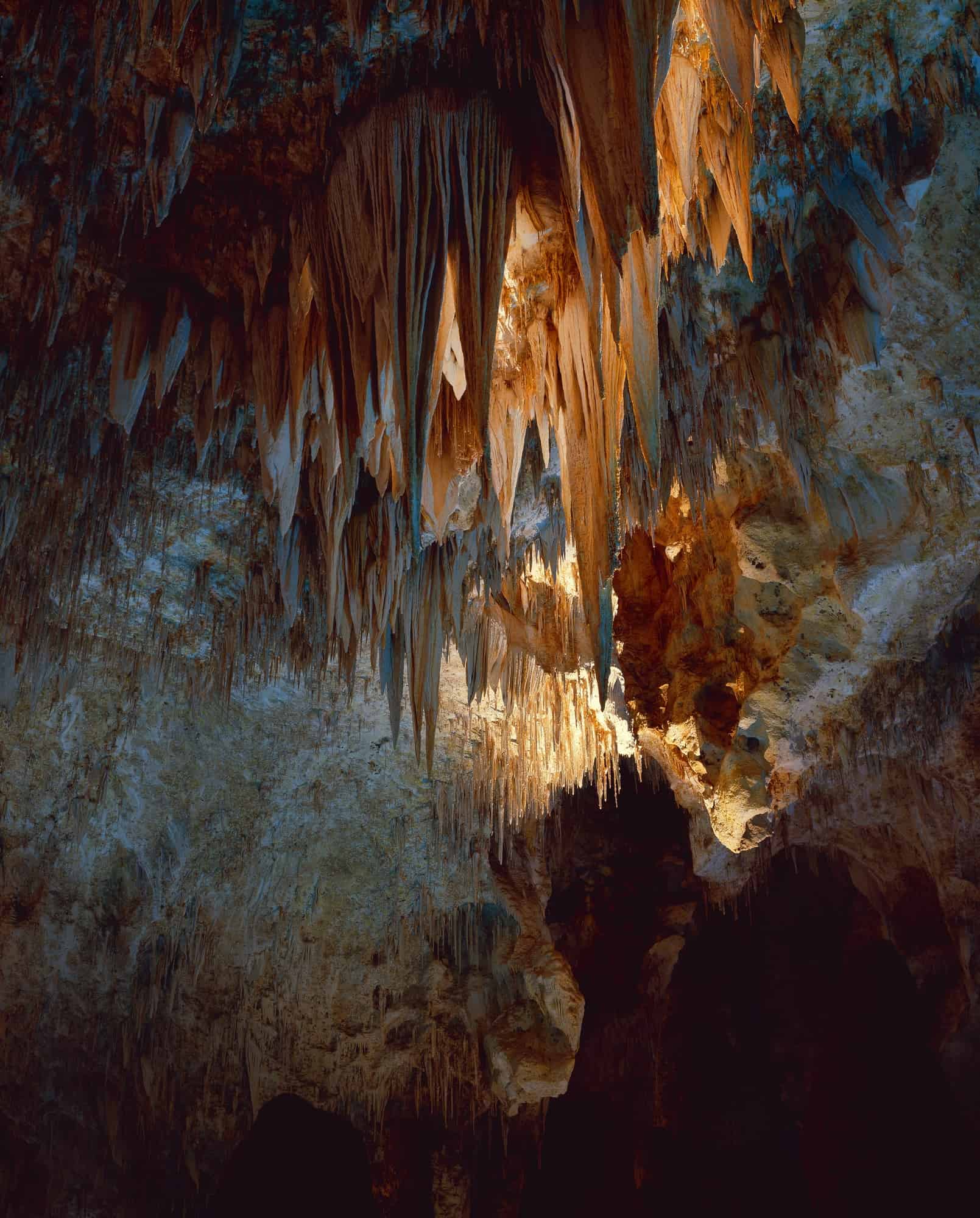 This vast cave complex within the Chihuahuan Desert is one of the most popular places to visit in New Mexico.

The main attraction of the Carlsbad Cave is the Big Cave, which contains one of the world’s largest underground chambers, known as the Big Room. You can access the Big Room by an elevator as well.

The caves naturally have perfect year-round weather, which makes this place a great tourist attraction at any time of the year. Plus, t a great destination for outdoor adventurers, who can enjoy hiking, biking, golf, and water activities 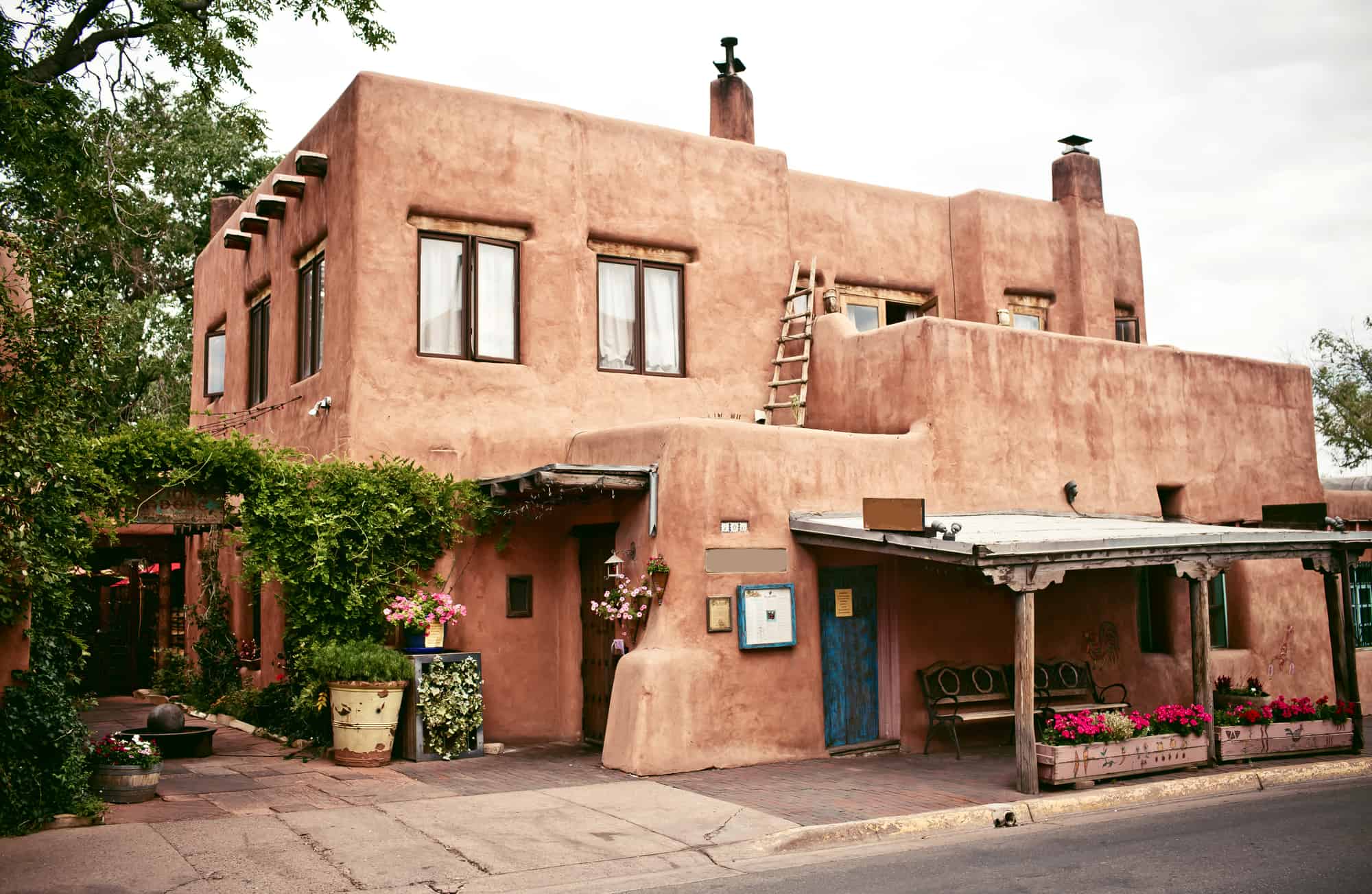 The city of Santa Fe was founded in 1610 and is one of the oldest cities in America. Also the state capital, the area was occupied by a succession of local tribes, which explains the rich cultural and historical heritage that you can discover in the city today.

There are dozens of museums to visit along with historical sites. Which is why Santa Fe is has been voted the number one destination for culturephiles by USA Today.

Foodies can explore the Margarita Trail, explore local breweries and try the Nex Mexican eateries. Do go for a meal at The Shed Restaurant which is over 50 years old. 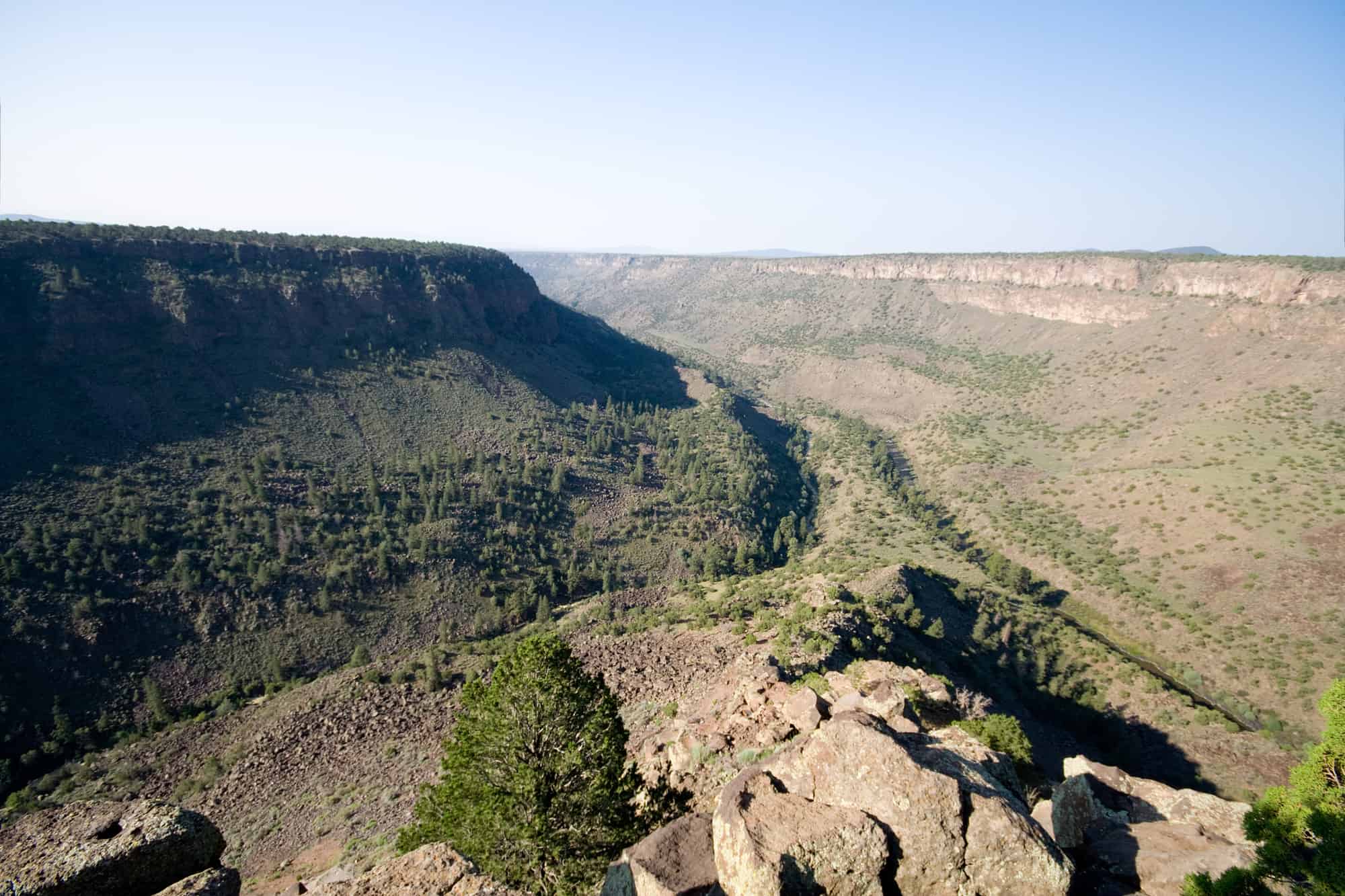 Taos is situated in the picturesque valley of the Rocky Mountains near the Rio Grande. Few cities can compare to Taos when it comes to the diversity of things to do around town, which makes Taos a perfect vacation spot in New Mexico.

See how the Native Americans lived and experience their culture at the famous Taos Pueblo, a multi-story adobe complex.

Explore the artist colony by visiting some of the many galleries, studios, and museums that showcase mainly local artists.

Since the city lies between the Rio Grande Gorge and the Sangre de Christos mountains, the city offers an opportunity for just about any adventure you can think of. Try ballooning, camping, rafting, and rock climbing. 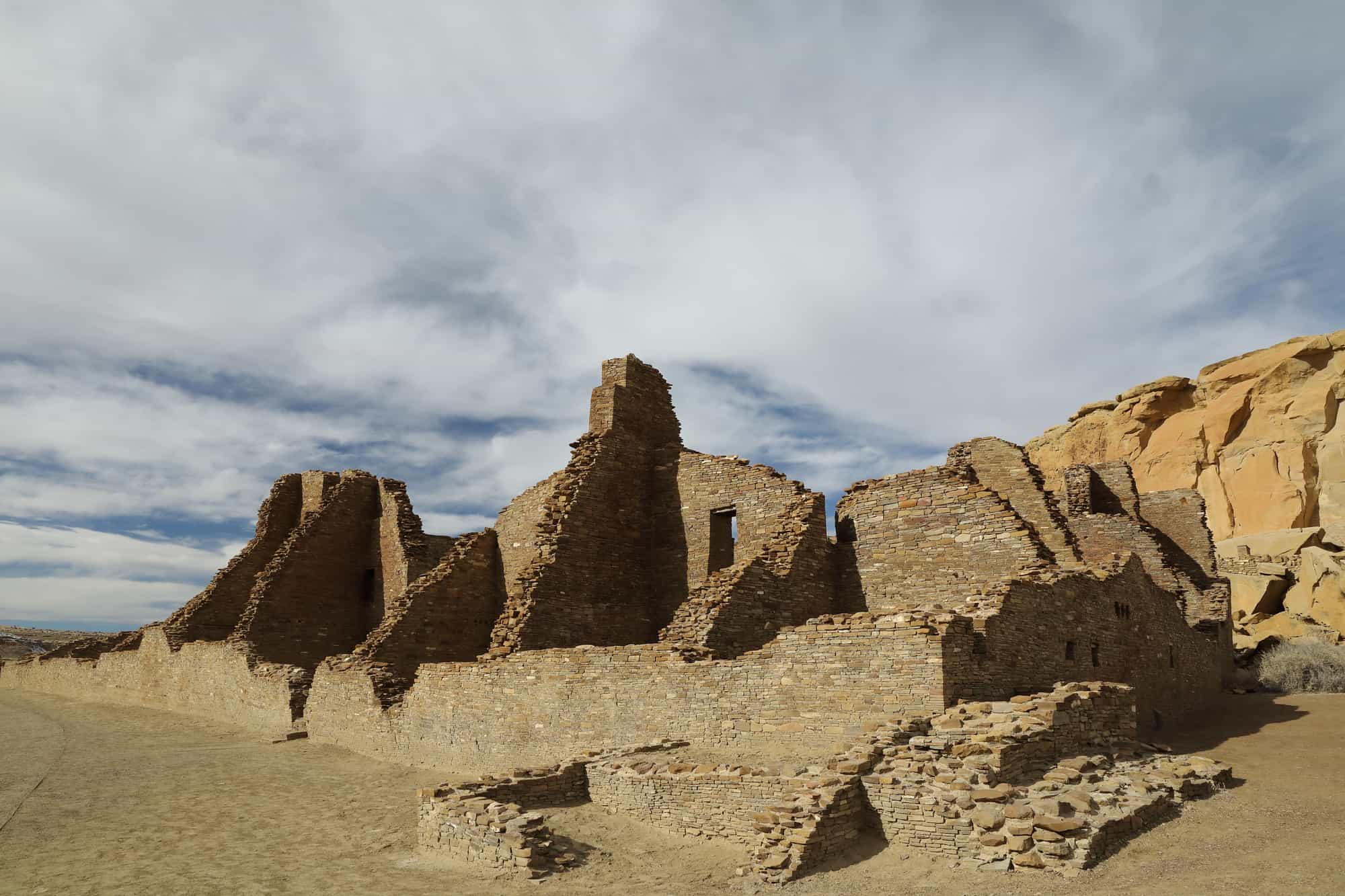 Visitors can explore the remains of an amazingly sophisticated Chacoan civilization that thrived in the valley over 1,000 years ago.

You will have to follow a 9-mile loop that will take you to five of the major Chacoan sites, including Pueblo Bonito. This is actually a multi-storied building dating back to AD 850 and 1150.

Tours, maps and camping permits are available at the park’s visitor center.

The adventurous visitors can take up the backcountry trails to see some of the more remote sites. 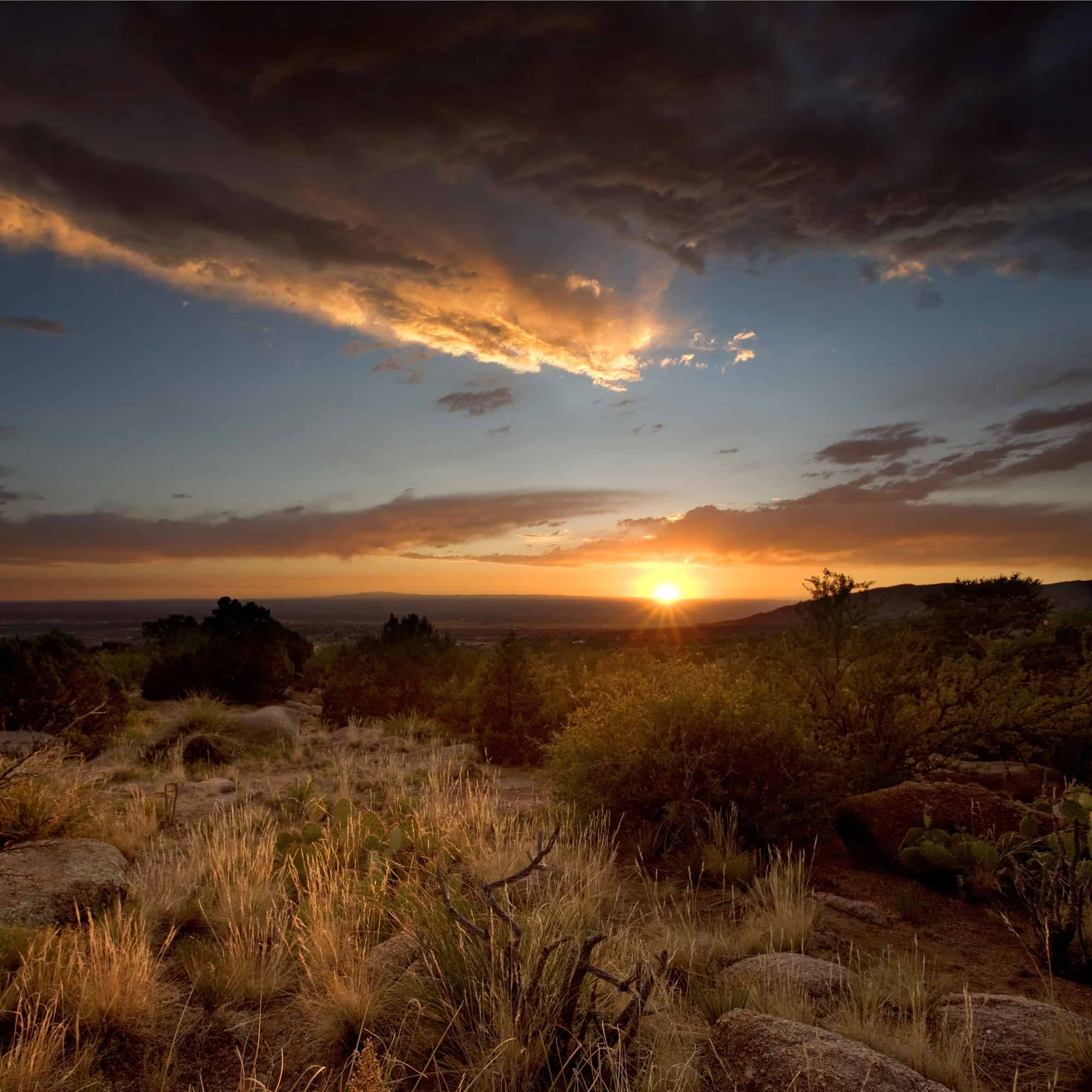 Located in the center of New Mexico, Albuquerque offers visitors an authentic American Southwest experience. It is also the state’s most populous city.

There are lots to do in Albuquerque, to suit all tastes. Start by exploring the museums, such as the American International Rattlesnake Museum.

The city is best known for  International Balloon Fiesta held each year in October. You can also explore the history of ballooning at the New Balloon Museum.

For art aficionados, there are lots to discover. Albuquerque has a thriving art and culture scene, as there are over 100 galleries to tour. Also, try to catch a performance art show at the historic KiMo Theatre. 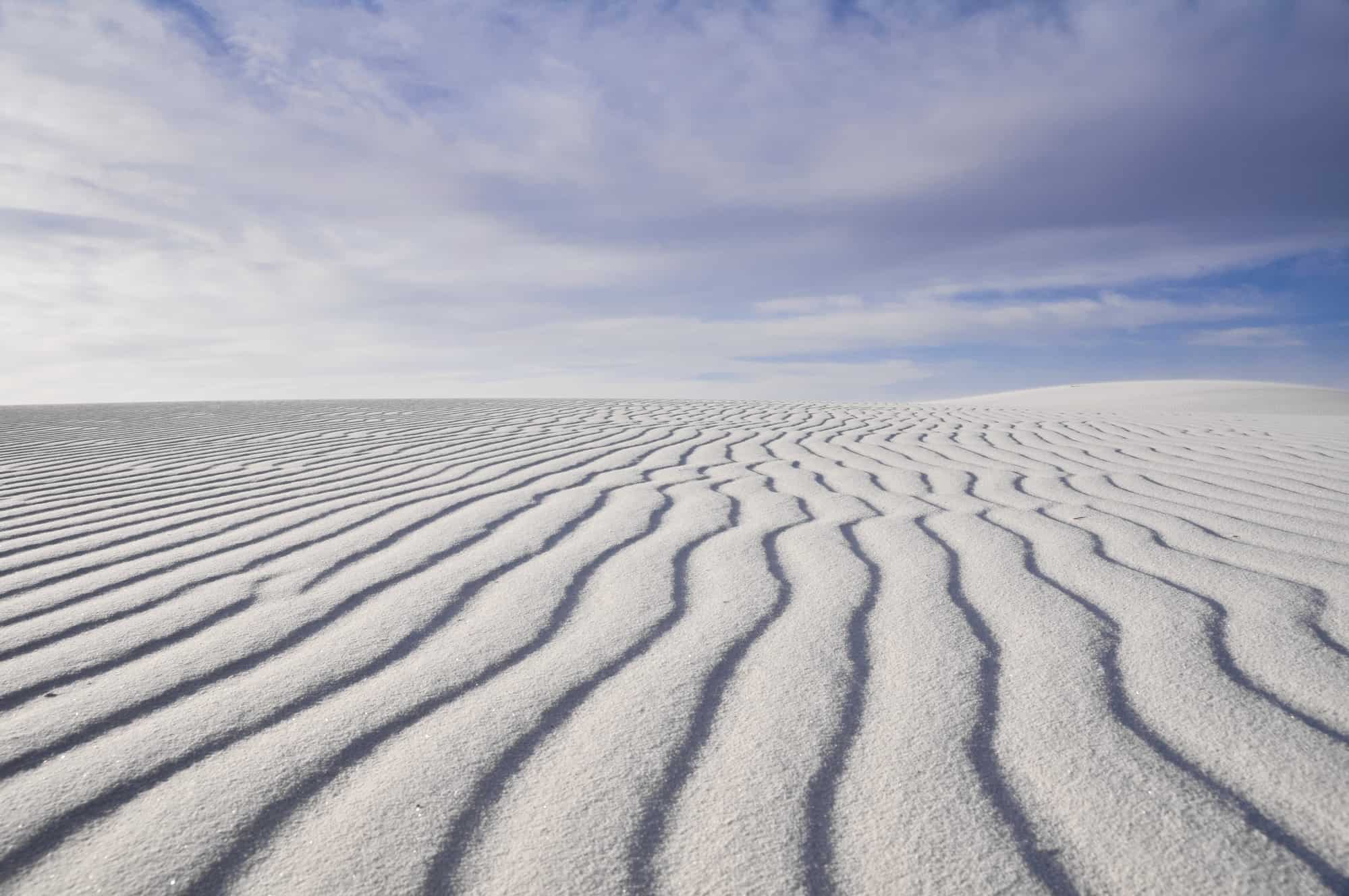 This dramatic landscape in New Mexico deserves at least one visit. The White Sands National Monument covers a huge area of sand dunes in the southeastern section of the state.

The sands are composed of 8 million tonnes of gypsum crystals.

The 16-mile long Dunes Drive near the center includes a parking area, where visitors can stop and explore the dunes. 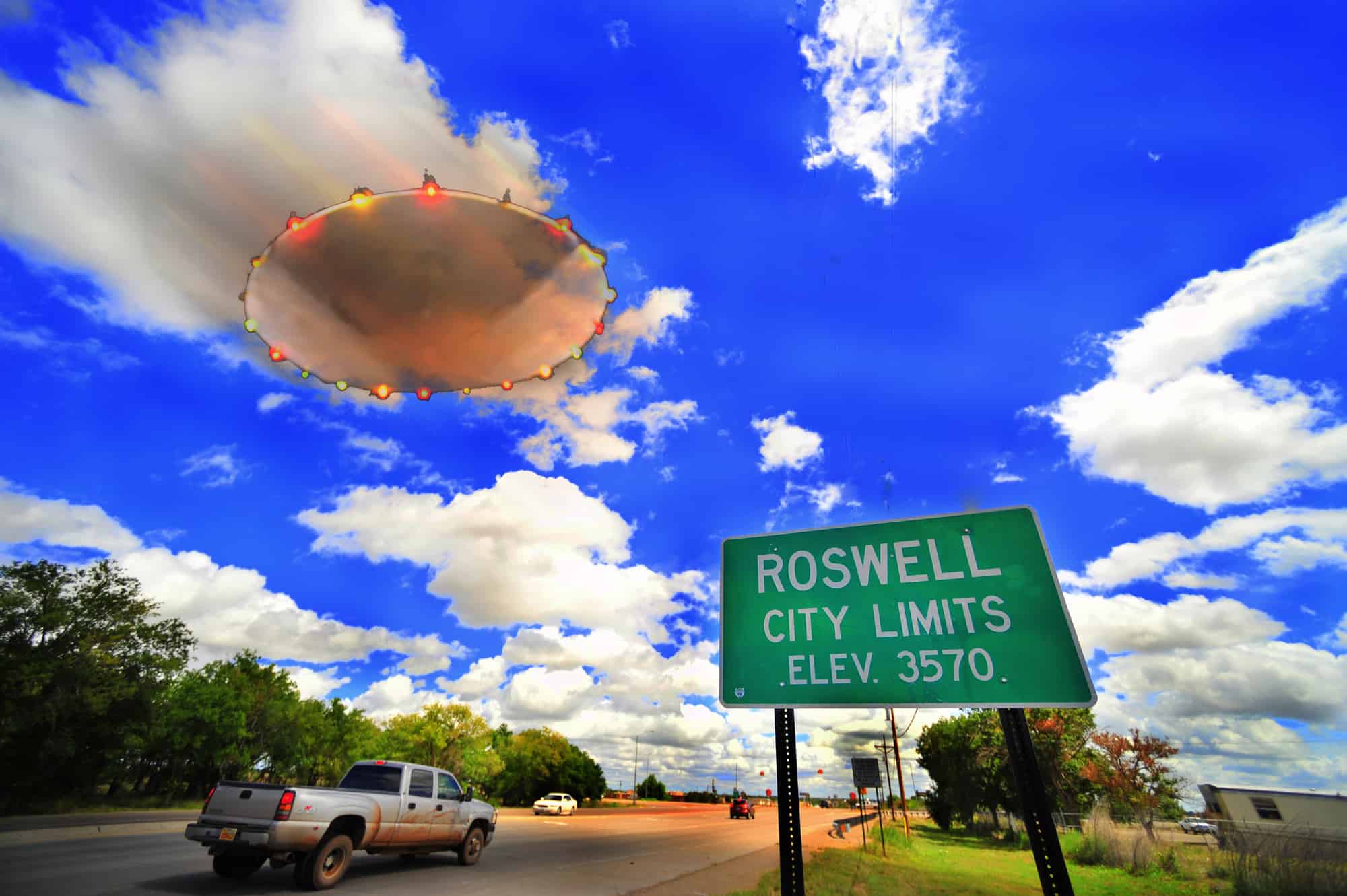 Possibly one of the most famous towns for alien encounters, Roswell has become known the world over for its extraterrestrial links.

Legend has it that a manned alien spacecraft crashed at Roswell in 1947. You can explore a lot in this kitsch and cheesy town.

Pop into the International UFO Museum and Research Center after which you can stop by at the Classic’s Frozen Custard, which is the best dessert place in all of the town.

Keep an eye out for the alien lights too, it is a small reminder that you’re in an alien town.

There is also a long list of historical and cultural attractions you can explore, including the Roswell Museum and Art Center and the Anderson Museum of Contemporary Art.

Families can also enjoy at the Spring River Park and Zoo. 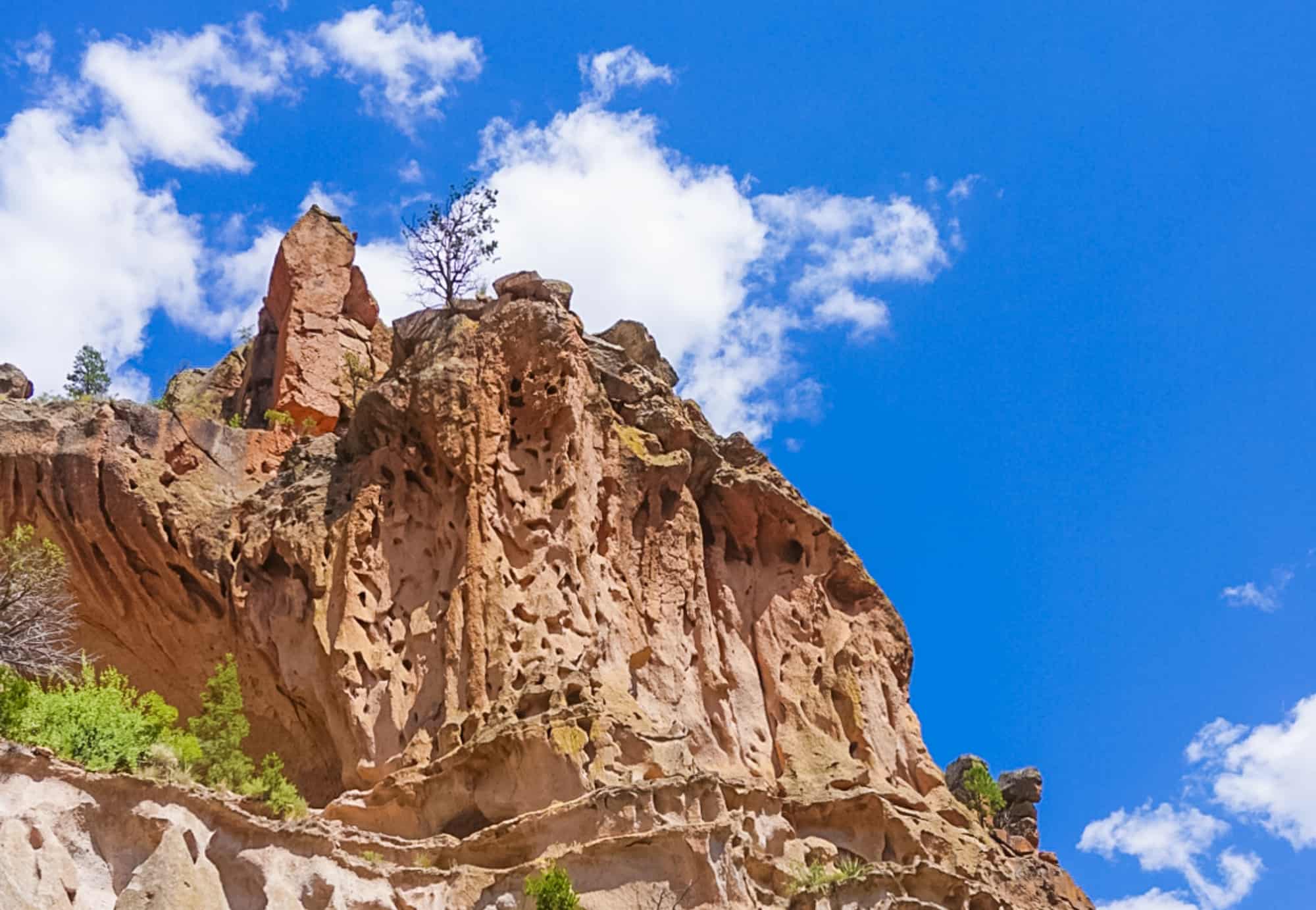 Explore the sites by bringing your RV or tent here and spend a night or two in the campsites.

There are over 70 miles of hiking trails in the area, which is the main activity here in the National Monument.

For those interested in history and culture, the Tsankawi Trail leads you to the ancestral Pueblo village of Tsankawi. 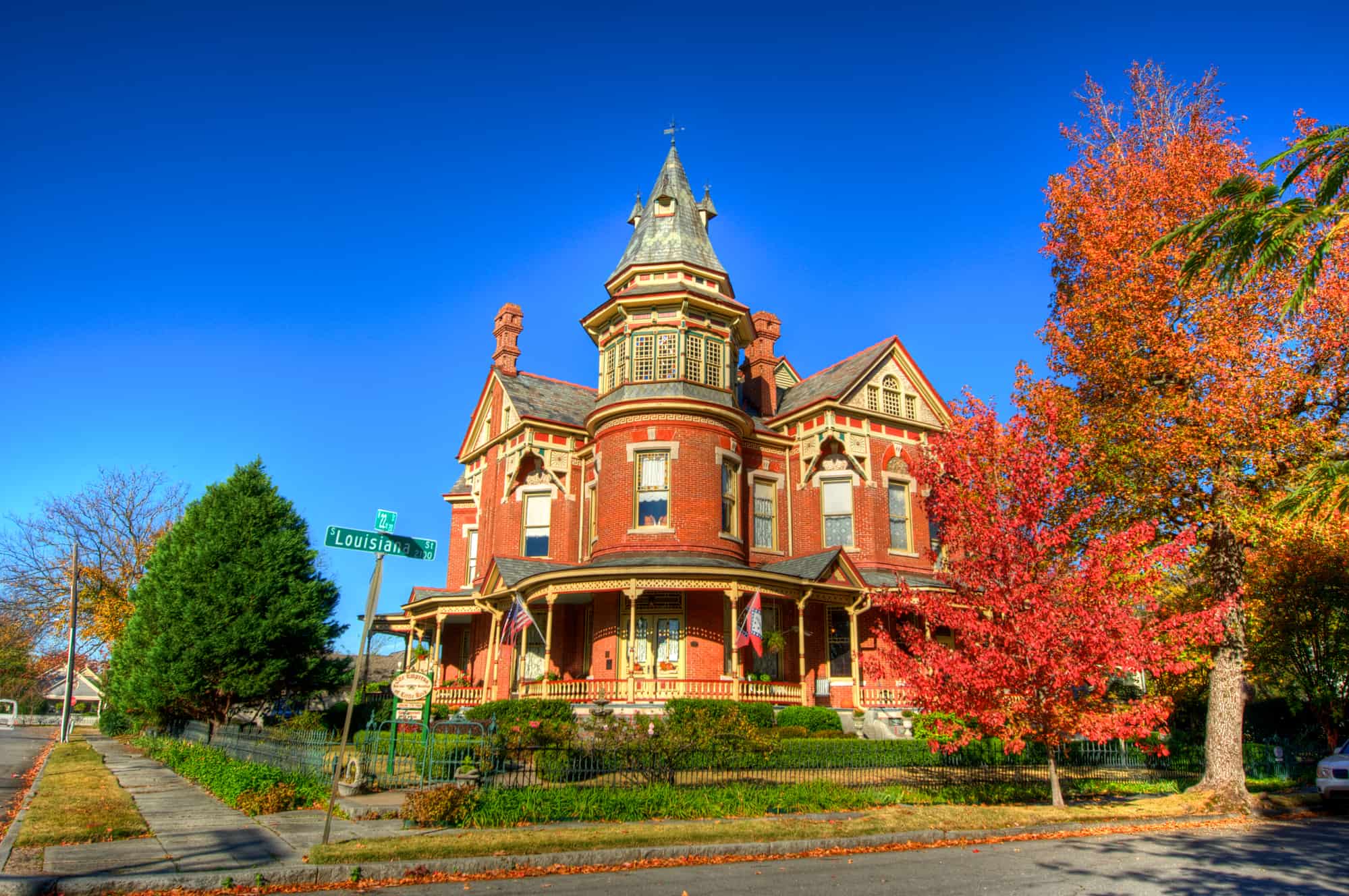 Not to be confused with Nevada’s Las Vegas, this city is a complete antithesis of the other city in Nevada.

This city will give you the opportunity to explore one of the best-preserved historical gems in the country. Tour the five historical districts which are home to over 900 buildings on the National Historic Register.

Travelers can also explore the arts and cultural district which offers several galleries and live entertainment at the Historic Serf Theatre Hall. 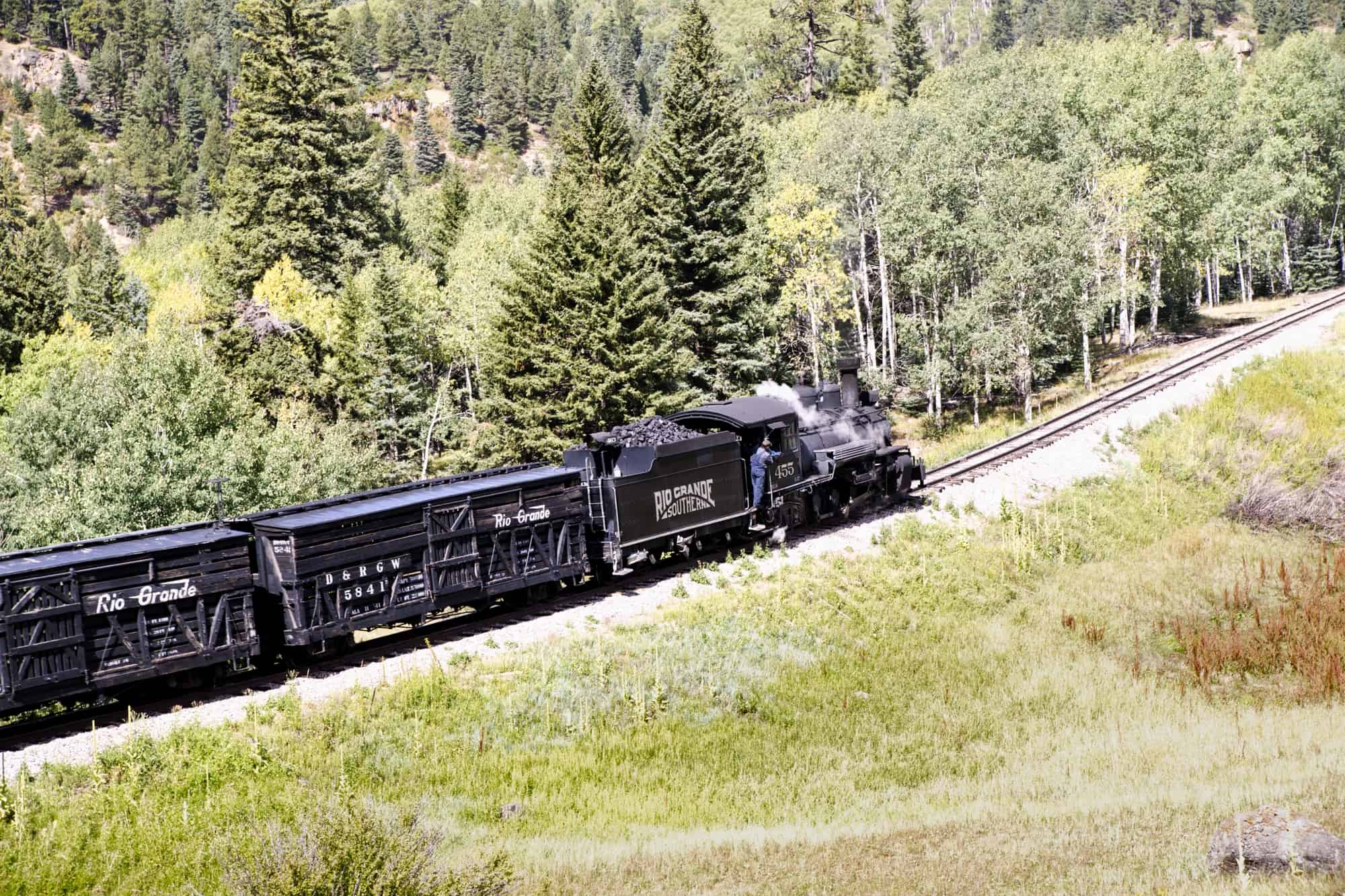 Explore the wonders of New Mexico on a train that will take you back in time. The Cumbres-Toltec route provides the most scenic getaways in the utmost luxury and comfort. Built-in 1880, this is the highest narrow-gauge steam railroad in the country.

Two-hour trips can be taken from Chama to Cumbres Pass. You can take your pick from a choice of coach, deluxe or parlor cars. 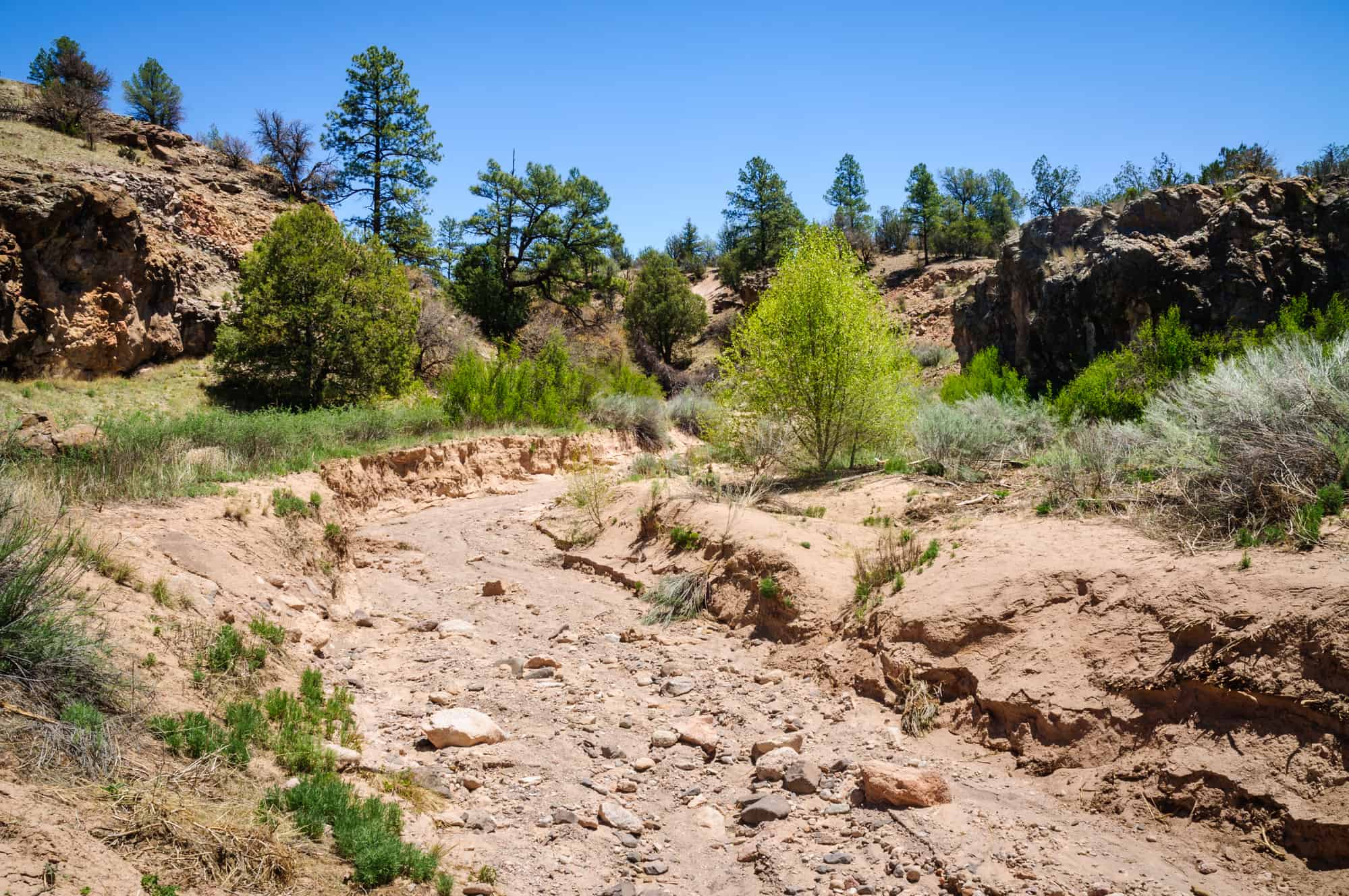 Gila Cliff Dwelling National Monument was constructed in the 13th century by the ancestral Puebloans of the Mogollon area. You can reach this area via a 45-mile scenic drive from Silver City, New Mexico.

Stop by the visitor’s center to get more information about the place. After which you can either choose to take a guided tour of the dwellings at 11 am each day or do a self-guided tour on your own time.

The ancient dwellings were carved into 6 natural caves on the canyon wall, which were then divided into rooms with stones and mortar.

After touring the caves, you can choose to explore the Gila and Aldo Leopold Wilderness Areas, plus some hot springs areas which can be reached along trails starting at the Gila visitors center. 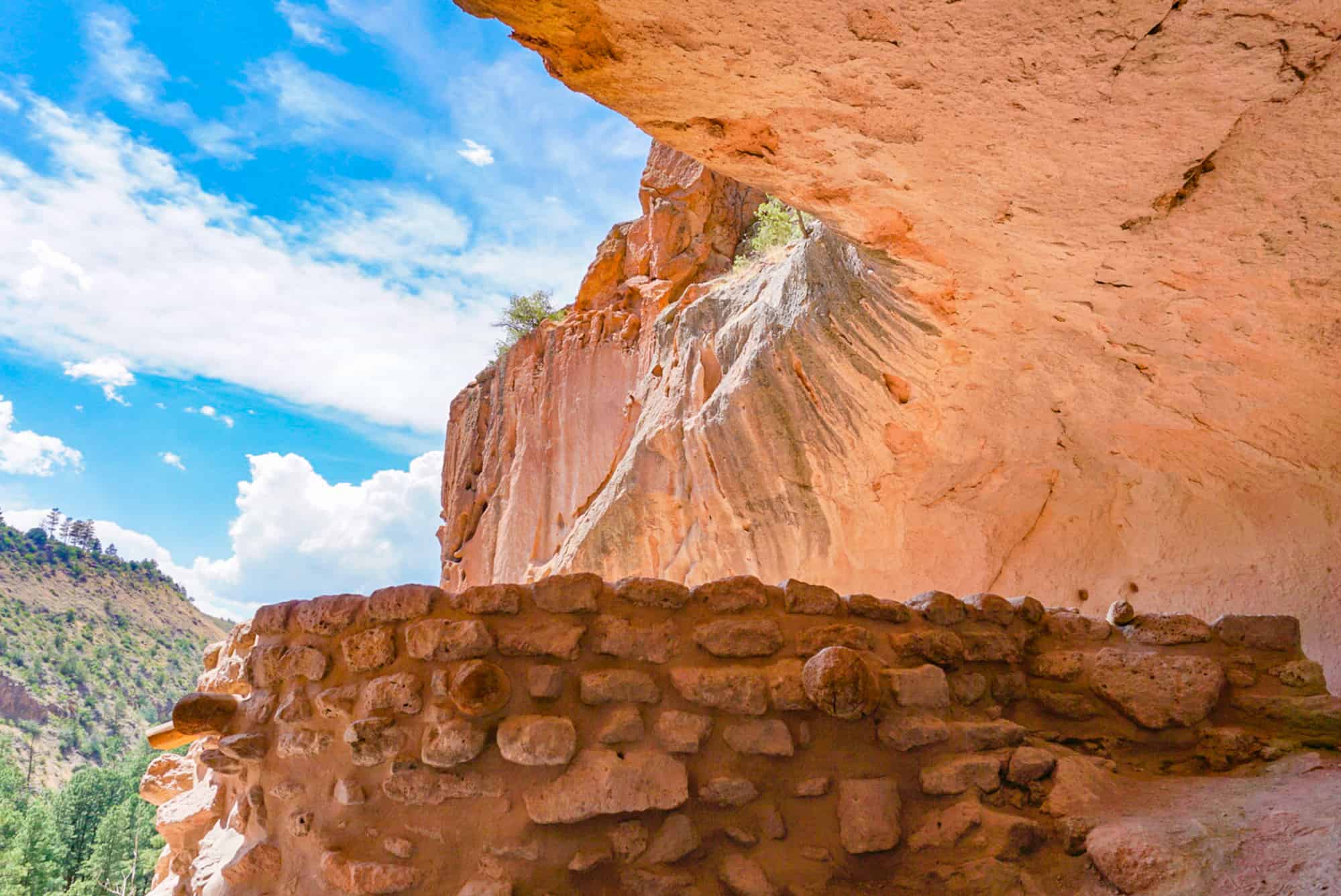 There are surprisingly many things to do in Los Alamos. A self-guided tour through the Historic District will help you understand more about the city.

The city also has its Creative District which hosts a variety of events for art lovers. While kids can enjoy at the Bradbury Science Museum.

If not all this, you can just enjoy the beautiful mountain vistas that surround the city. Go for a drive or hike your way to fitness. 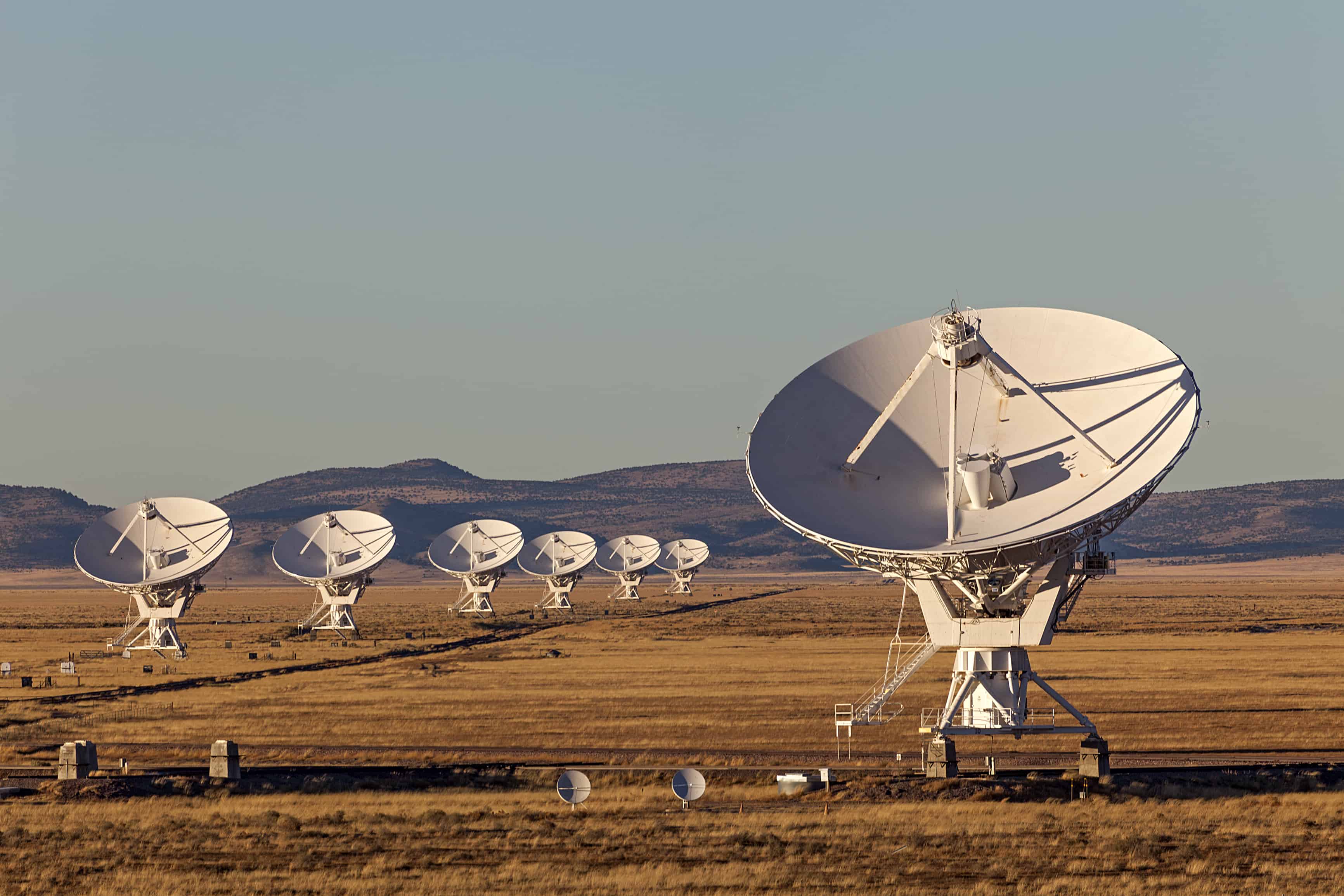 Aptly named, these are at an elevation of nearly 7,000 feet (2,100 meters) above sea level. You can just walk around these manmade wonders or spend your time at the museum which tells you more about this place. 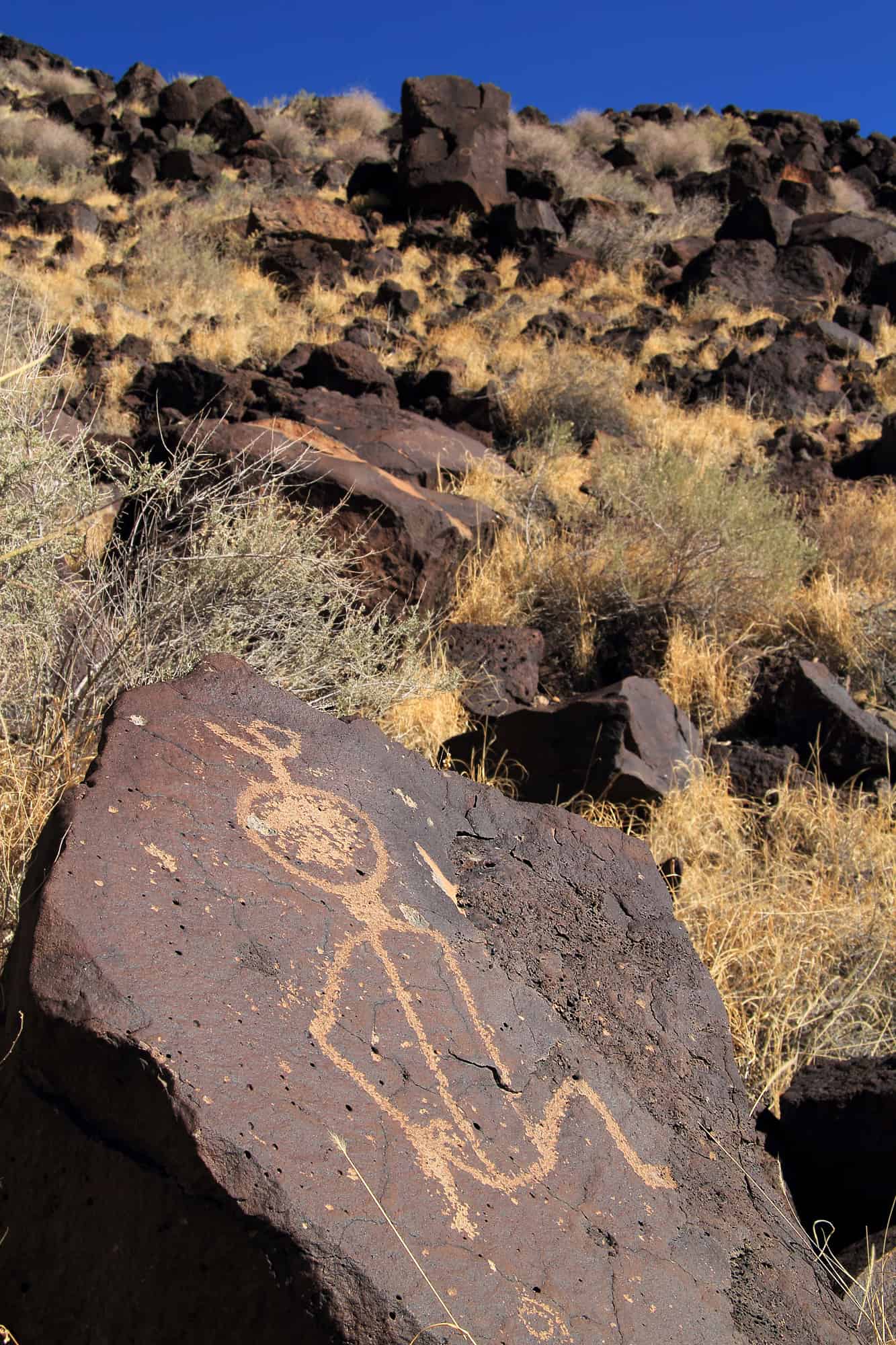 Discover a slice of history at the Petroglyph National Monument which is located near Albuquerque. It protects one of the richest caches of Native American and early Spanish petroglyphs in the country.

Do catch a short film at the visitor’s center before you go off to explore the monument.

Don’t forget to take some hiking shoes here as you have to explore the trails along one of four canyons in the area. There are three easy trails where you can find 100 petroglyphs.

It is one of the best vacation spots in New Mexico. 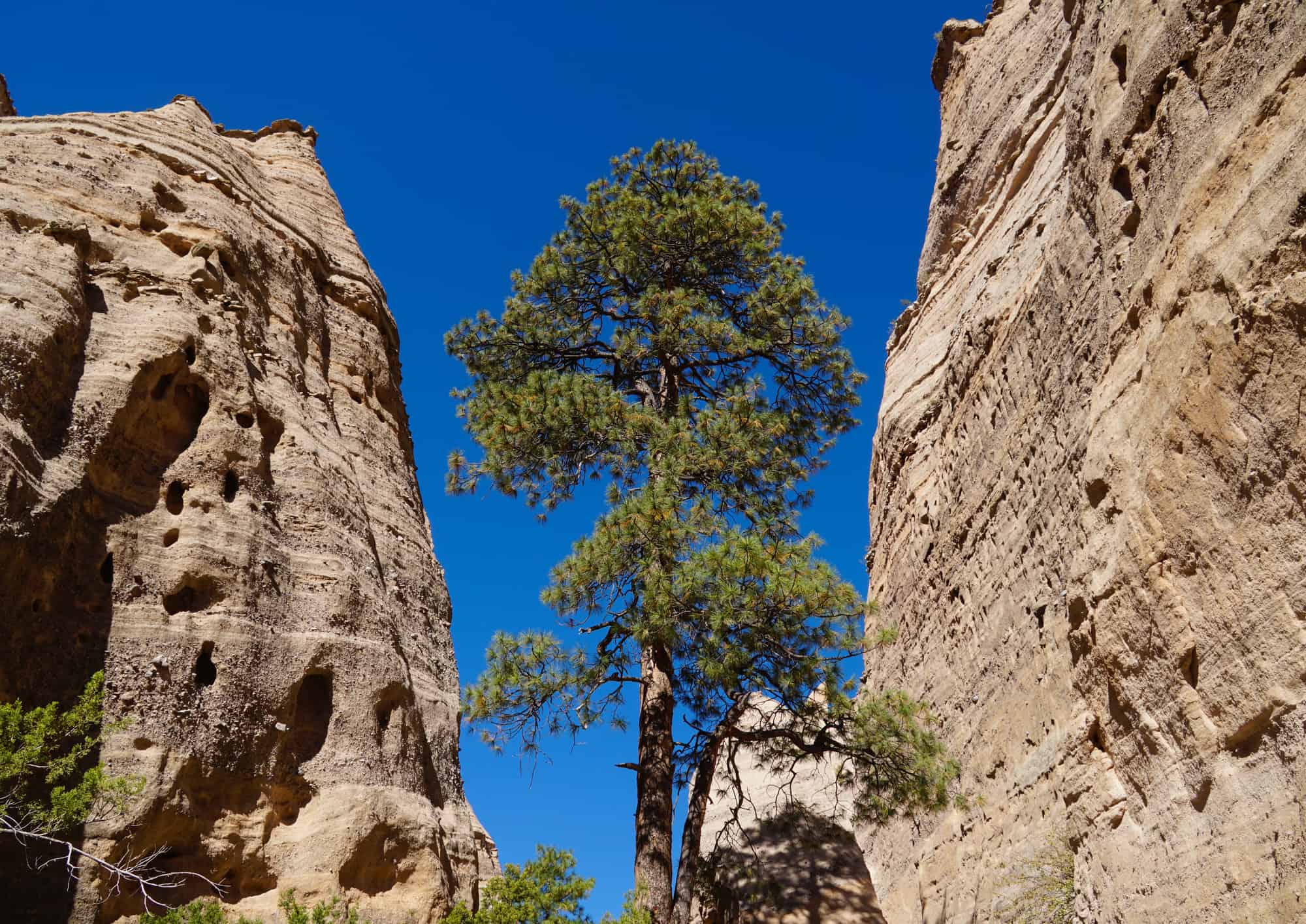 If you want to explore some of the most unique rock formations in the country, Kasha-Katuwe Tent Rocks National Monument is the best vacation spot.

These tent-shaped formations were formed over six million years ago during violent volcanic eruptions in the Jemez volcanic field.

This has produced these unique formations which are a pleasure to explore and photograph.

A great place for hikers, you can explore on foot via the 1.2 mile Cave Loop Trail (easy) or the much more strenuous 1.5 mile Canyon Trail. There is a picnic area as well where you can relax.

Plus, you may also encounter some wildlife including elk and mule deer. 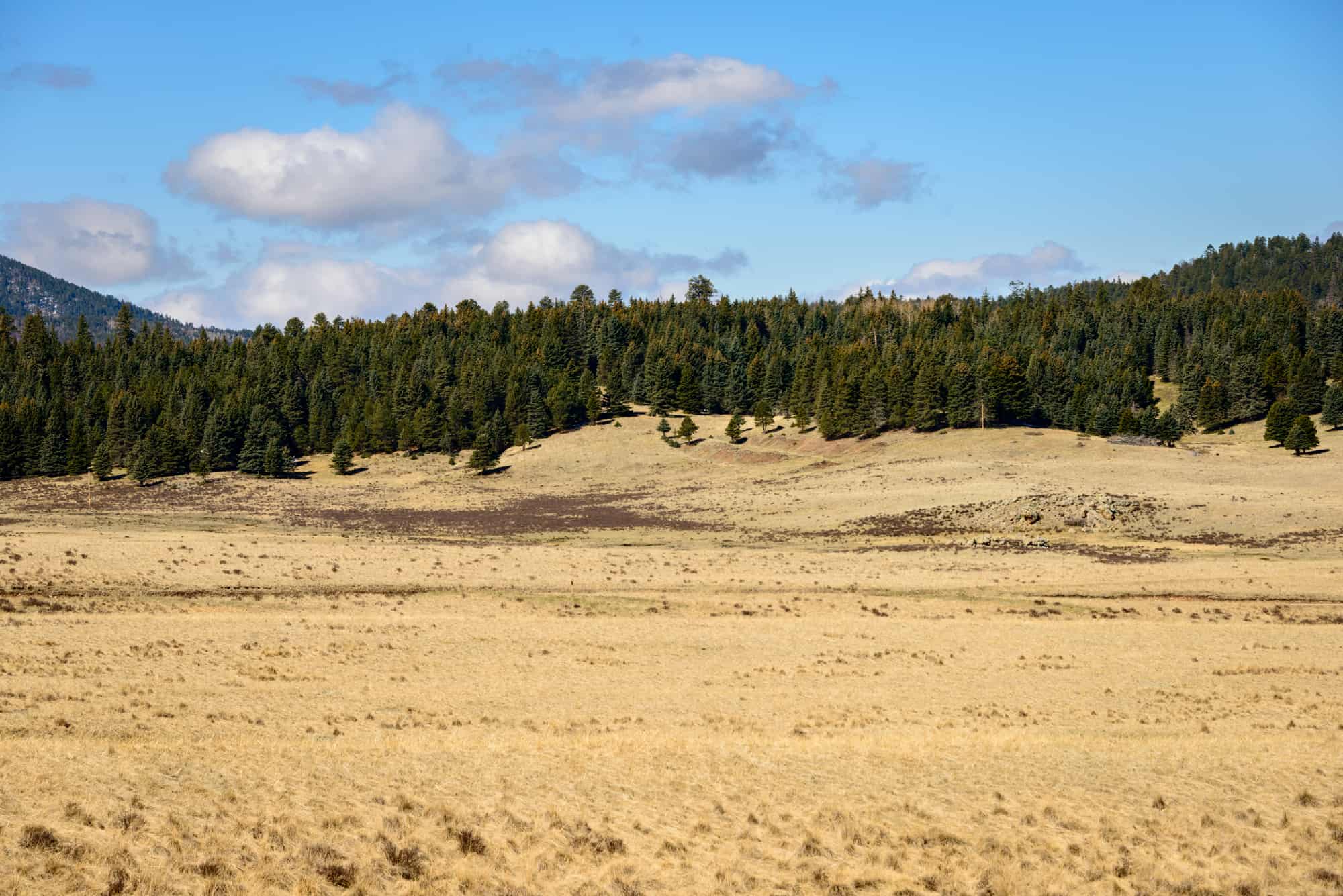 This popular national preserve attracts thousands of visitors every year. They have formed over 1.2 million years ago when a cataclysmic volcanic eruption resulted in the formation of an enormous caldera over 13 miles in diameter.

Today, it is a paradise for outdoor enthusiasts. You can enjoy one of the many biking and hiking trails or some strenuous backcountry routes.

There are also opportunities to explore horseback and ranger-led activities. 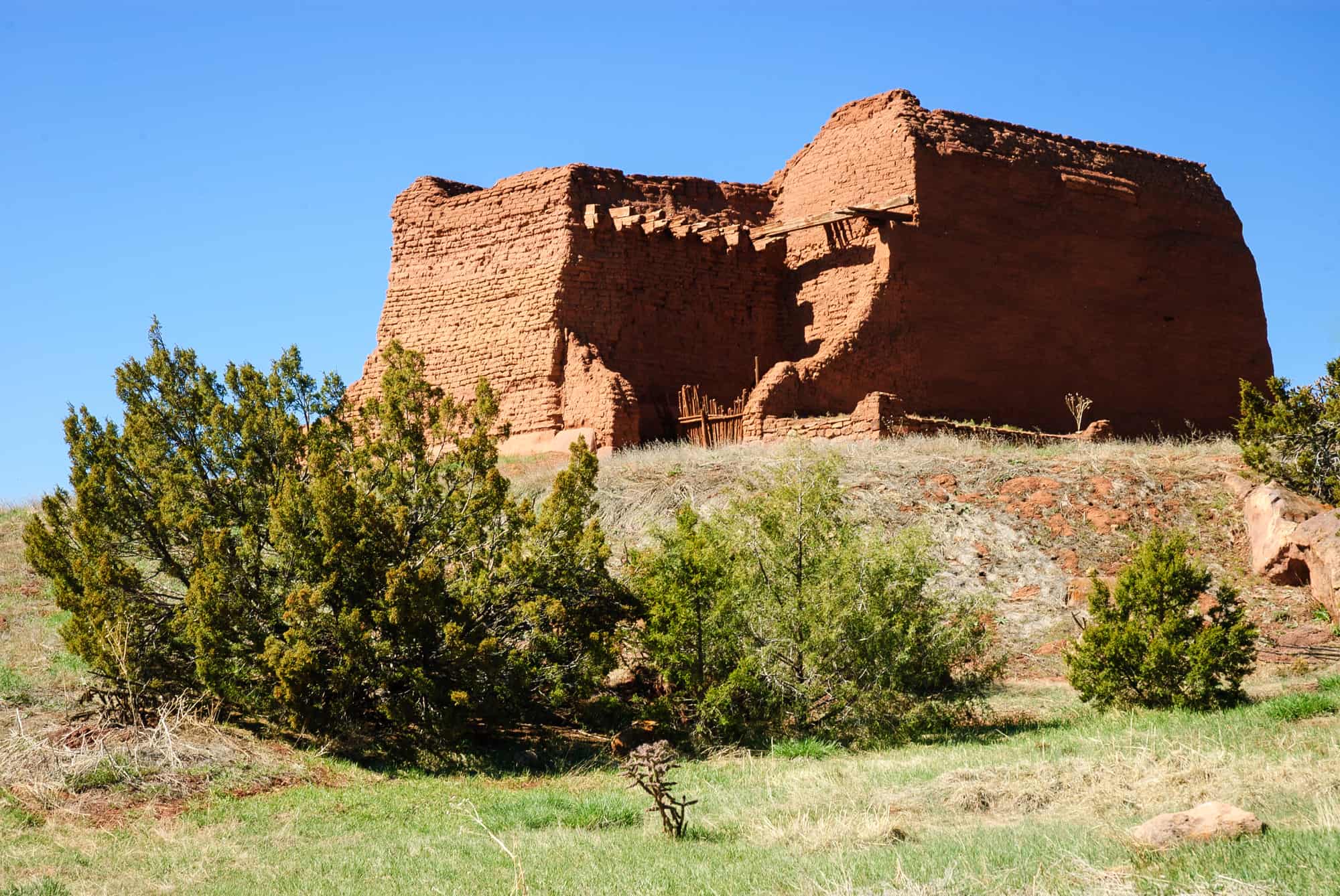 Explore the history of Native Americans and Spanish colonists at the Pecos National Historic Park. This was also the site of the 1862 Civil War Battle of Glorieta Pass.

Visit the E.E. Vogelson visitors centre to watch a 10-minute orientation film and get information before you set off to explore.

Choose from the many self-guided tours that include the Sunday 90-minute Forked Lightning Ranch House van tour, the Saturday 2-hour Civil War in the West tour and regular ranger-guided walking tours. 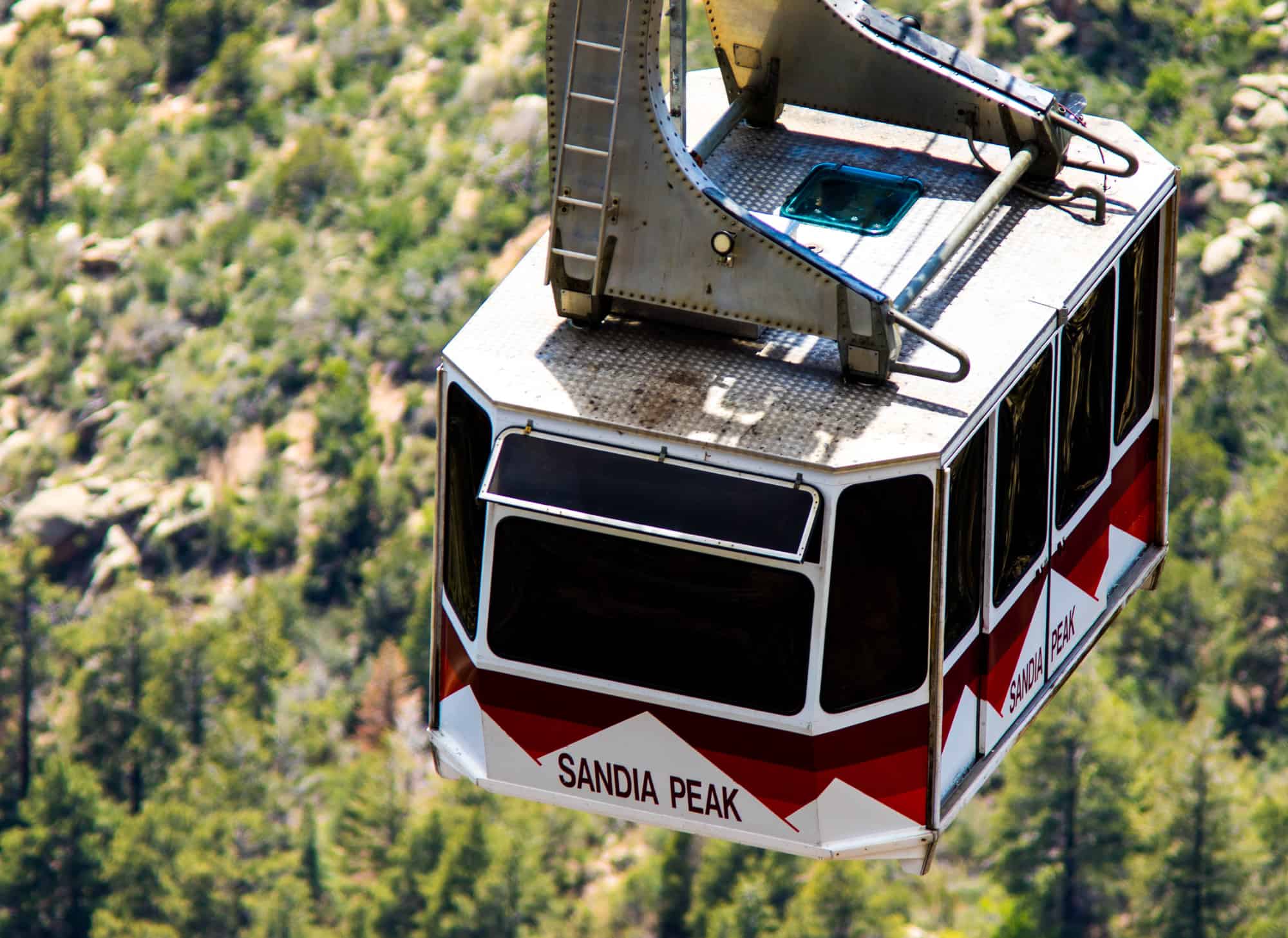 The Sandia Peak Tramway lies Just outside of Albuquerque in the Sandia foothills. The trams are worth the drive as the tramway takes you up 2.7 miles to the Sandia Peak, offering a panoramic view of the Rio Grande Valley.

In winter, the area is popular for skiing and attracts lots of tourists. Mountain bikers and hikers also frequent this place often.

Home to some of the oldest historical sites, New Mexico is an absolute pleasure to explore. From the sophisticated cities of Santa Fe to the alien-encountered Roswell, New Mexico has lots to offer to all its visitors.

Scroll back to top